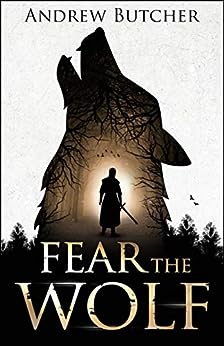 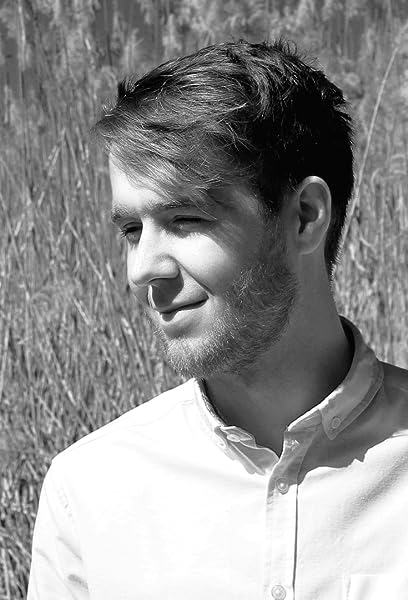 Kristen S. Walker
5つ星のうち4.0 A small-scale dark fantasy with a lesbian protagonist
2019年7月18日にアメリカ合衆国でレビュー済み
Amazonで購入
This is a dark fantasy, and from the start, it was difficult not to compare it to the Yarnsworld novels by Benedict Patrick. A village in the forest, with villagers full of superstitions to protect their simple lives, threatened by mysterious dark creatures with supernatural powers. The villagers have lots of rules for dealing with these threats, but they don’t really understand their world or how it works. But unlike Yarnsworld, there are no elaborate folktales. This story is less about finding out the source of the Wild Forces and more about the personal struggles of Senla to find where she belongs.

The story is a classic fantasy quest: a giant monster has killed everyone in Senla’s village and she seeks revenge. She must learn how to fight and navigate a dangerous forest to find the foe. With these common elements, the story is still unique in the way it’s told and how things transpire. At times, the narrative can drag a little because Senla tends to repeat many of the same questions in her head, and she spends a lot of time wandering around until she stumbles on the next thing, but overall it was compelling.

I also found it interesting that Senla was raised vegetarian and chose to stay that way. I expected her to throw off her dietary restrictions when she rejected most of the rules of her old village, especially since other characters were encouraging her to eat meat so she could survive in the forest. But she decided to live her way and accept that others might make different choices. It wasn’t preaching vegetarianism, it was more about accepting that every person had to choose their own way of life and people with different beliefs could coexist. This tied into the overall theme of the book about personal growth and making personal moral choices instead of following strict rules without question.

In the end, it’s not just about physical strength to win the day. Senla must also understand herself and the world in order to make the right choice. I was left with some questions about what happened and there is an opening for a sequel, although there’s no indication if this is planned as a series.

Trigger warnings: violence and death, moderately explicit. There is non-explicit sex. There’s also an attempted rape scene which continues to haunt after with flashbacks.

LGBTQ content: the main character is a lesbian. The story starts with her unrequited feelings for her best friend, who is about to marry a man. It’s interesting to note that Senla’s village used to accept same-sex partners but after too many people are killed, their elders wanted to replace the population, so they’re forcing everyone into breeding pairs. Accepting herself and finding likeminded people is a driving force for the main character. Also, one character appears to be intersex but it’s described vaguely and comes out of left field (no hints before to set up the twist). I think it could have been handled better, but it’s rare to see intersex people mentioned in fiction at all.

I would recommend this book to readers of dark fantasy, including Tanith Lee, Neil Gaiman, and Terri Windling. Yarnsworld readers may enjoy similar elements or may be disappointed by the less detailed world-building.

Lukasz
5つ星のうち4.0 A dark and intimate story
2019年7月23日にアメリカ合衆国でレビュー済み
Amazonで購入
Fear the Wolf is a small-scale dark fantasy in which Senla (the protagonist) faces her desires and fears. In her village, children are raised in fear of the Wolf and taught to know their place and follow the orders. She's no good at it, and her desires don't fit societal norms.

Fear the Wolf has a lot going on: forbidden love, secrets, moments of dark introspection, a mysterious and devastating plague, dangerous monsters, and a young woman who wants to find her inner strength to slay the Wolf (both physically and metaphorically). All of these ingredients make for an engaging story.

On the surface, it draws from classic fantasy novels, as it features the troubled, naive adventurer leaving a destroyed home, seeking answers, and meeting unique and unlikely partners that help her survive, succeed and grow as a character. However, the predictable elements stop there, as Butcher has crafted an intriguing new angle on the formula, and demonstrates his skills as a storyteller from the very first page.

While I appreciate the build-up and strong reveals, I didn't fully warm up to Senla as a character. I enjoyed parts of the story but wasn't keen on others. I think I understand the final confrontation leading to important reveal, but I wasn't fully satisfied with it.

Overall, it's a solid, well-structured book that should appeal to readers enjoying dark and intimate stories.
続きを読む
違反を報告
レビュー を日本語に翻訳する

Kim
5つ星のうち5.0 Wow
2019年7月20日にアメリカ合衆国でレビュー済み
Amazonで購入
I definitely didn’t expect that ending. Then I did not want it to end that way. I mean keep going, get back to the village. Would I read the next book I don’t know. This one was just so packed what else could happen?
続きを読む
違反を報告
レビュー を日本語に翻訳する

Amazon Customer
5つ星のうち5.0 A very good read.
2019年7月19日にアメリカ合衆国でレビュー済み
Amazonで購入
I enjoyed this quite a bit. Some things were rather surprising. I would have liked it to be longer, but it is nice to read a book that is not part of a never-ending series. This stands by itself.
続きを読む
違反を報告
レビュー を日本語に翻訳する
すべてのレビューを参照します
トップへ戻る
Amazonについて
Amazonでビジネス
Amazonでのお支払い
ヘルプ＆ガイド
日本語ショッピングのための言語を選択します。 日本ショッピングのための国/地域を選択します。
© 1996-2020, Amazon.com, Inc. or its affiliates