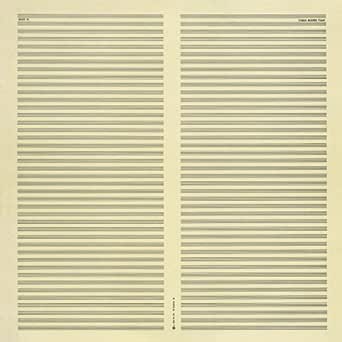 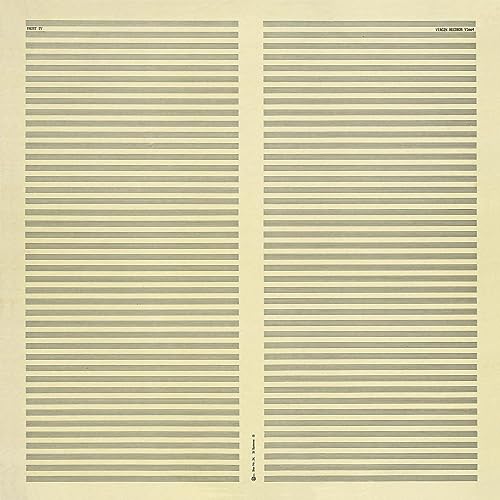 Steve B.
5つ星のうち5.0 A timelessly classic album...
2019年11月15日に英国でレビュー済み
形式: CDAmazonで購入
I originally bought this on cassette in the 70s, and enjoyed it so much that I played it to death!!
Now I have it on CD, with a disc of extra versions, and I still enjoy the oddness of this album, German progressive rock!!
続きを読む
役に立った
フィードバックを送信中...
フィードバックをお寄せいただきありがとうございます。
申し訳ありませんが、お客様の投票の記録に失敗しました。もう一度試してください。
違反を報告
レビュー を日本語に翻訳する

krautrocker
5つ星のうち5.0 einfach wunderbar
2010年9月22日に英国でレビュー済み
形式: CDAmazonで購入
Faust IV is a masterpiece. Faust IV is a must for any lover of rock music. Faust IV is amazingly enhanced by the extra disc. Faust IV will send you on the road to discovering not just the rest of this bands catalogue but other gems from the explosion of kosmische music in Germany from the same period.Faust IV is a must hear/buy.
続きを読む
6人のお客様がこれが役に立ったと考えています
役に立った
フィードバックを送信中...
フィードバックをお寄せいただきありがとうございます。
申し訳ありませんが、お客様の投票の記録に失敗しました。もう一度試してください。
違反を報告
レビュー を日本語に翻訳する

freewheeling frankie
5つ星のうち5.0 new improved version
2007年11月12日に英国でレビュー済み
形式: CDAmazonで購入
Faust IV was Faust's first album not to be recorded at their own studio at Wümme in north Germany. Having been dropped by Polydor (and lost Wümme in the process) after two brilliant but exceedingly uncommercial albums and signed to Richard Branson's fledgling Virgin label, bringing a dowry of the incredible archive collection of Wümme recordings, The Faust Tapes, they were now installed in Virgin's Manor Studios in southern England to make their third "proper" album (but fourth release).

The title of the opening Krautrock may be a jokey reference to this initially derogatory name for German "kosmische" music, but the piece itself is one of the best things they ever did, an extraordinarily lush two-chord grind that just builds and builds. The Sad Skinhead is a jokey piece of white reggae, fortunately Faust are not in the business of trying (and inevitably failing) to create authentic reggae and the song references skinheads' liking for reggae and violence ("going places, smashing faces"). Jennifer is far better, a beautiful, placid, almost pastoral song that eventually builds up to a quiet storm of synthesizer and fuzz guitar before resolving into a drunken-sounding piano coda. Just A Second (Starts Like That) does indeed start like that, i.e. the tape machine was started when they were already playing, and sounds more like their earlier material than anything else here, segueing into the extremely abstract Picnic On A Frozen River, Deuxiême Tableux, which features some odd squirty synthesizer noises. Giggy Smile is perhaps the most normal piece of music they had recorded to date - it's a lurching but rather good piece of rock in 6/8 time which features a sax solo extremely reminiscent of parts of The Mothers Of Invention's King Kong both in timbre and musical content; the coda (a reprise of a piece featured on their second album, So Far) is another rather Zappa-esque tune. But despite being arguably the most derivative piece Faust ever recorded, Giggy Smile is most enjoyable. Läuft... etc., despite the German title, is sung in French and is another of those gentle and unclassifiable tunes of which several appeared towards the end of The Faust Tapes. Being Faust, this dissolves into a swirl of echoed clicking noises before another plangent guitar figure emerges, the whole thing then fades to nothing before a very slow middle-European organ coda appears. And finally... It's A Bit Of A Pain is yet another gentle little song but is then amusingly subverted by, firstly, a rude synthesizer blast and then a truly horrible fuzz/wah guitar solo reminiscent of a sort of comedy Ron Asheton. It was recorded at Wümme during the sessions for So Far and originally appeared on a single at the same time as that album.
Overall, Faust IV is probably the least radical of their 70s albums, and the most accessible. It's also not the best. But having said all that, it's still a very fine record containing a lot of excellent music.

This reissue not only improves considerably on the mastering quality of the earlier CD issue, it also includes a bonus CD containing a John Peel session from the same period and alternative mixes and out-takes from the album.
The Peel session has been issued before but for those not familiar, it includes The Lurcher, an otherwise unissued and fairly restrained piece featuring mainly drums, bass and sax, another version of the excellent Krautrock which, to my ears, sounds like an alternative mix of the original Faust IV version, and Do So, a different version of which appeared on The Faust Tapes. Of the alternative mixes, The Sad Skinhead sounds more fully developed than the album version, and Just A Second, instead of seguing into Picnic On A Frozen River after 3 minutes or so, is allowed to continue to its full length of over 10 minutes, revealing an excellent jam reminiscent at times of Syd Barrett-era Pink Floyd. There is also the very moody and rather lovely Piano Piece, previously available (but not in this quality) as Meer on 71 Minutes Of Faust. This bonus CD is a bit light on completely new music, especially if you already have the BBC Sessions + CD that included the Peel session, but it's all very good and some of the alternate mixes are superior to the originally issued ones. And given it's cheaper than the original and inferior CD, you can't really go wrong.
続きを読む
7人のお客様がこれが役に立ったと考えています
役に立った
フィードバックを送信中...
フィードバックをお寄せいただきありがとうございます。
申し訳ありませんが、お客様の投票の記録に失敗しました。もう一度試してください。
違反を報告
レビュー を日本語に翻訳する

I. P. Hale
5つ星のうち5.0 Q: What is this album missing A: Nothing
2008年1月14日に英国でレビュー済み
形式: CDAmazonで購入
This is the first Faust CD I bought, and I definately do not regret it. After years of listening to David Bowie, I recently decided I wanted something more. The Berlin Trilogy led me to Krautrock, so I bought 2 CDs: this and Neu! 75 (this being the best of the two). It contains some of the best tracks I ever heard.

Lets start with the tracks. Track number 1: Krautrock, was originally intended as a skit of a skit (follow me?). In the UK the genre has always been known as Krautrock. This is considered slightly err... racist, in Germany, where it is known as Kosmiche Musik. So, Faust decided to play on this and make a track that was stereotypical Krautrock. This in-joke failed as the track became a success, and rightly so. This is really, really good stuff.
Next is Sad Skinhead, the albums first pop(ish) track. You find yourself humming it everywhere. Loads of people asked me what it was I was humming but became disintersted when I told them what it was.
Then is Jenifer. Overall the best track on the album, and I'm loving the bass bit at the begining. Great stuff.
Just a Second (Starts Like That)/ Picnic on a frozen River/Deuxieme Tableux is good but I wish the Just a Second part would go on for longer!
Then is Giggy Smile. This song title is constantly misspelled, NO IT IS NOT GIGGLY SMILE, GIGGY, GIGGY SMILE. It is another one of those catchy tunes.
Lauft...Heist Das Es Lauft Oder Es Kommt Bald...Lauft is a bit of a let down. A lowpoint. Another thing is, you'd expect the lyrics to be in German, like the title, but supprisingly, they're in French. Presumably the band's bassist, Jean-Hervé Péron, who sounds very french, wrote the lyrics.
It's a bit of a pain is an almost folky song (thank god for the weird, annoying sound that retrieves the song from the realm of the acoustic guitar).

On CD 2 is a load of previously unreleased songs, alternative mixes of songs and Peel Sessions versions.
The Lurcher is a real treat. Especially the sax (if thats what it is) and drum solos.
Do So is a return to that catchy pop sound.
The full vesion of Just a Second is great. Axactly what is needed.
Piano Peice is really atmospheric. Great. I love a bit of ambient.

Jason Parkes
5つ星のうち5.0 Definitve reissue of Krautrock classic....
2006年2月26日に英国でレビュー済み
形式: CDAmazonで購入
Like Virgin's recent reissue of Scott Walker's 'Climate of Hunter', a new version of 'Faust IV' is more than welcome - like the initial Can cd issues on Grey Area, this sounds less enjoyable than the vinyl original. Added to that, the sequencing on the cd was sloppy confusing listeners regarding what tracks were what. The tracklisting on this reissue is now:
1. Krautrock
2. The Sad Skinhead
3. Jennifer
4. Just a Second (Starts Like That!)/Picnic on a Frozen River/Deuxieme Tableux
5. Giggy Smile
6. Lauft...Heisst Das Es Lauft Oder Es Kommt Bald...Lauft
7. It's a Bit of a Pain
So now it's possible to hear 'Faust IV' as intended and sounding better than the previous CD issue that I am more than happy to replace.
The LP itself is fantastic, from the 11-minute opening instrumental 'Krautrock' - whose title was an ironic pi**take that became the label for a genre best defined in Julian Cope's out-of-print 'Krautrocksampler'- to the epic 'Just a Second-Picnic on...-Deuxeme' and the closing joy of '...It's a Bit of a Pain' which does fit well alongside things like Kevin Ayers & Robert Wyatt. 'Krautrock' was most definitely an influence on the Steve Hillage (Gong) produced work of Simple Minds 'Sister Feelings Call' & 'Sons & Fascination' (both 1981)- a cursory listen to it will reveal the sound SM adopted on songs like 'Theme for Great Cities', 'Love Song' & 'League of Nations.' The way it builds and builds and builds is wild...the template for something like 'The Private Psychedelic Reel' by the Chemical Brothers/Jonathan from Mercury Rev? 'Jennifer' is a 7-minute plus joy whose sound was borrowed for an early Killing Joke song whose title eludes me (it's on 'Laugh?...I Nearly Bought One!'). Though 'The Sad Skinhead' is more of a favourite, opening with a scary holler before slipping into Weimar-reggae - like Can's 'Spoon' it is most definitely a pop-song (could Girls Aloud or Sugababes cover it please?). The guitar sounds like wild glam stuff, only reached since by early Bernard Butler and Doggen from Spiritualized/Brain Donor/Julian Cope. 'Faust IV' is one of those great eclectic albums from a great act - file next to '...20 Jazz Funk Greats' by Throbbing Gristle, 'Oedipus Schmoedipus' by Barry Adamson, 'baader meinhof' by baader meinhof, 'Lodger' by Bowie, 'Jehovahkill' by Julian Cope, "In the Aeroplane Over the Sea" by Neutral Milk Hotel, ...in "Jane from Occupied Europe" by Swell Maps & 'Future Days' by Can.
This reissue now reportedly comes not only with a proper tracklisting & superior sound, there is a bonus-disc featuring a three-track BBC session ('Krautrock', 'The Lurcher', 'Do So) and six mixes/versions from 1973 ('Jennifer', 'The Sad Skinhead', 'Just a Second...extended', 'Piano Piece', 'Lauft...' & 'Giggy Smile'). Really, it would be rude not to - though if those folks at Virgin would like to send me a free copy they're more than welcome!
続きを読む
16人のお客様がこれが役に立ったと考えています
役に立った
フィードバックを送信中...
フィードバックをお寄せいただきありがとうございます。
申し訳ありませんが、お客様の投票の記録に失敗しました。もう一度試してください。
違反を報告
レビュー を日本語に翻訳する

Daniel Margrain
5つ星のうち5.0 A rich and textured musical tapestry
2011年7月5日に英国でレビュー済み
形式: CDAmazonで購入
Trippy kosmische musik convulsions combine with Barret-esque whimsy. The result is a somewhat of a radical, yet more focused (albeit less experimental) departure from their groundbreaking debut. This record grows on you with each listen as increasingly its complexities and subtleties are revealed. I rank this as one of the 50 greatest albums of all-time.
続きを読む
1人のお客様がこれが役に立ったと考えています
役に立った
フィードバックを送信中...
フィードバックをお寄せいただきありがとうございます。
申し訳ありませんが、お客様の投票の記録に失敗しました。もう一度試してください。
違反を報告
レビュー を日本語に翻訳する