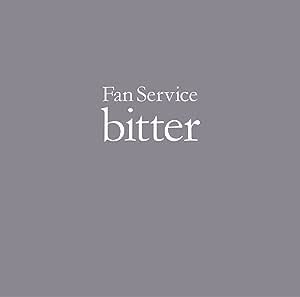 whatever
5つ星のうち5.0 Excellent early Perfume set in a no-frills presentation
2015年5月21日にアメリカ合衆国でレビュー済み
Amazonで購入
This is a great old concert with Perfume performing a nice mix of some of their best songs from their earlier years.

The production style is very energetic. Perfume is younger here, perhaps more energetic, and the fast cuts and multiple angle mosaic shots really fit well with the style of this concert.

It's a great set because during this era they have a decent amount of Nakata-produced songs as well as some of the older idol songs, and the songs Super Jet Shoes and Counter Attraction (as part of a medley), which haven't ever seen an official release from Perfume on CD.

I think more importantly, some notes on the release itself:

- This is of course the regular edition, which has a small booklet and sticker inside, nothing else really. It's in a standard blue Blu-ray plastic case.
- There are chapters, but no title menu to go through, in fact when I put it in my player the concert just started immediately. There are no special features other than a behind-the-scenes clip in one of the chapters.
- The format is 4:3, and I can see that it's interlaced. I have the Blu-ray, but I'm not sure it actually would look much or any better than the DVD release. I'm sure that's because it wasn't shot in HD - it was 2006 after all. I do think that there's a potential that this does look better than the DVD because I don't see any compression artifacts that might be visible in a DVD. I say if you have a Blu-ray player and like Perfume enough to spend the extra few bucks, then I would just get it anyway. At the very least Blu-ray discs are more scratch resistant than DVDs, so why not.

I don't see any of the above as major negatives, I just wanted to see the show! And of course I don't expect high production HD out of a 2006 concert of a relatively obscure group (at the time).

If you want to see if you'll like this, perhaps give it a preview, you can watch it on YouTube in multiple parts and in terrible quality, but I found that it was worth it to get it in a good quality disc that I can keep.
続きを読む
1人のお客様がこれが役に立ったと考えています
違反を報告
レビュー を日本語に翻訳する