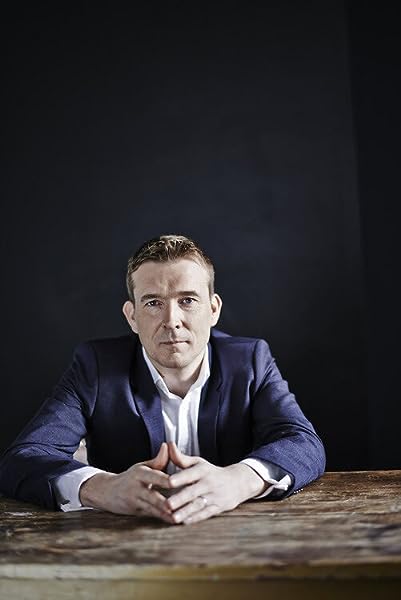 There is much to be learned from it about this mysterious condition that Higashida regards as both a blessing and a curse. The book's single most important function is to drum into the sometimes thick heads of us neurotypical readers that people with autism experience a genuine and usually insuperable disconnection between what they want to say or do and what their brain allows them . . . Higashida's writing opens my mind to all sorts of possibilities for interpreting the behaviour of both my sons . . . a defining characteristic of autism is held to be lack of empathy, yet Higashida shows a delicate regard for the difficulties his condition creates and is adept at explaining his experiences in language that makes sense to neurotypicals . . . we should look with gratitude through the porthole he has cleared on to a submerged world. -- Charlotte Moore ― Observer

Wise and witty, it offers a second insider's insight into the mysteries of non-verbal autism . . . The evolution of Higashida's insights is at times almost unbearably moving . . . Ultimately, though, his self-awareness is uplifting, reminding us to take joy in life's simple pleasures . . . sage and subtle . . . [a work] of illuminating beauty. -- Emma Claire Sweeney ― Financial Times

Once again, the invitation to step inside Higashida's mind is irresistible . . . Higashida challenges the common belief that people with severe autism are exclusively literal-minded. Time and again he uses metaphor to help readers understand his world . . . if any author can help us get a grip, it's Higashida. -- William Moore ― Evening Standard

Higashida's books belong in the small but intense canon of "locked-in" memoirs, such as Awakenings or The Diving Bell and the Butterfly . . . Higashida reveals himself to be far more conflicted than before. The titles show how much the years have changed him. The Reason I Jump had joy shimmering through it. Fall Down Seven Times, Get Up Eight - the title is taken from a Japanese proverb - is about persistence. -- Helen Rumbelow ― The Times

Readers are invited to observe the world from Higashida's perspective - and what a startling perspective that is . . . Higashida is wise beyond his years and constantly expressing his gratitude towards his family, above all his resilient mother. His pronouncements often ring with Yoda-like depth. He sounds like a village elder and it is impossible not to listen . . . challenges, even ones as seemingly insurmountable as those presented by severe disability, are negotiable. Hope - Higashida's favourite word - prevails. -- Leaf Arbuthnot ― Sunday Times

The Reason I Jump was a game-changer, not only for those with a special interest in autism, but for anyone interested in the sheer diversity of human brains. In short essays using crystalline prose, Higashida made a gentle but devastating case that autism had been entirely misunderstood: it was not a cognitive disability at all, but a communicative and sensory one . . . This follow-up may not have the same surprise value, but it does something just as inspiring: it shows us how, with a little luck, plenty of support and a huge amount of determination, a "neuro-atypical" person can forge a happy and fulfilled path into adulthood . . . Higashida's observations across a whole range of topics are moving and thought-provoking - all the more so for coming from the perspective of a social outsider. -- Alice O'Keefe ― Guardian

The book rightly challenges the methods and attitudes that prevail in supporting people with autism. It is rich in metaphor . . . Fall Down Seven Times, Get Up Eight should be read by many beyond the circle of parents seeking to understand their child. It places Mr Higashida among the first rank of gifted writers, not just writers with autism. ― Economist Published On: 2017-07-12

Higashida's words are surely a vital message for all those who love and care for autistic family members or friends . . . his writing is poetic, with an inspirational tone that reveals wisdom beyond his years and an acceptance of diversity that we should all aspire to . . . Higashida holds up a mirror to conventional assumptions about autism, including those of health professionals, and challenges us to do better . . . The extraordinary impact that he is making on families across the world continues. -- Anna Remington ― The Lancet

Naoki Higashida was born in Kimitsu, Japan in 1992. He was diagnosed with severe autism in 1998 and subsequently attended a school for students with special needs, then (by correspondence) Atmark Cosmopolitan High School, graduating in 2011. Having learnt to use a method of communication based on an alphabet grid, Naoki wrote The Reason I Jump when he was thirteen and it was published in Japan in 2007. He has published several books since, from autobiographical accounts about living with autism to fairy tales, poems and illustrated books, and writes a regular blog. Despite his communication challenges, he also gives presentations about life on the autistic spectrum throughout Japan and works to raise awareness about autism. In 2011 he appeared in director Gerry Wurzburg's documentary on the subject, Wretches & Jabberers.

David Mitchell is the author of the novels Ghostwritten, number9dream, Cloud Atlas, Black Swan Green, The Thousand Autumns of Jacob de Zoet, The Bone Clocks, Slade House and Utopia Avenue. He has been shortlisted twice for the Booker Prize, won the John Llewellyn Rhys, Geoffrey Faber Memorial and South Bank Show Literature Prizes among others, and been named a Granta Best Young British Novelist. In 2018, he won the Sunday Times Award for Literary Excellence, given in recognition of a writer's entire body of work.

He lives with in Ireland with his family.

June
5つ星のうち5.0 An insight into Autism which says it as it is
2017年7月22日に英国でレビュー済み
Amazonで購入
Considering the extreme difficulty this boy has in communicating, I honestly do not know where he finds the inner strength to be so positive. Parents and the population in general would benefit greatly from reading this - it makes you realise how unintentionally cruel we can be - a great guide. Thanks Naoki
続きを読む
10人のお客様がこれが役に立ったと考えています
違反を報告
レビュー を日本語に翻訳する

Leitir
5つ星のうち5.0 A quietly powerful reminder of what it means for us all to be human
2018年6月25日に英国でレビュー済み
Amazonで購入
“Even when the means of self-expression and/ or intelligence are lacking, we still respond to love. Knowing we are cherished is a source of hope –and no matter how tough things get, you can always soldier on as long as there’s hope.”
This book, written by a young man who is autistic, is written almost as a series of short, calm interludes where he reflects on aspects of himself, his way of viewing the world, how he views others and how they view him. It is so easy to forget the tremendous effort each word, sentence and chapter has taken, given the methodology which he relies upon. And yet, as you read through the book, such forgetfulness quickly dissipates. Because each and every sentence weighs upon the mind and heart as if it were a feather - no burden at all but it tickles a thought all the same. This is a relentlessly realistic and optimistic book. It is a powerful reminder of how we really should assume nothing, take nothing for granted. Each and every one of us has an innate dignity and an unquenchable spirit - both of which will only fully thrive in the rich web of human relationships which we weave with others and they with us. The fact that it has taken the carefully written words of someone who has been the unheard Other for so long is both humbling and uplifting.

Alexandra F
5つ星のうち5.0 Autistic young man's views
2020年12月20日に英国でレビュー済み
Amazonで購入
Second book by this person. Highly recommended. Gives a huge insight into how his autistic mind views life's events no matter how small. Very useful for a parent to understand the problems Autistic people face, their understand and perception of their own behaviour and other people's reactions. A very useful tool to understanding the Autistic mind.
続きを読む
違反を報告
レビュー を日本語に翻訳する

Kindle Customer
5つ星のうち5.0 Amazing life of an autistic person
2017年8月3日に英国でレビュー済み
Amazonで購入
This is an amazing book by someone who is classed as an autistic mute.However he does have the odd word or phrase, but spells thing out on a board like a typewriter.
He has little or no self pity, and asks us all for a little understanding Superb book.

Roger and Nadia Barb
5つ星のうち4.0 A gift of a book
2019年2月18日に英国でレビュー済み
Amazonで購入
Concise, powerful and enlightening. An affirmation of the humanity that unites us. Naoki's book reveals a deeply empathic soul and teaches us not only about how to interact with neuroatypical people but also raised in my mind profound questions about how much wiser Naoki is about the uncontrollable urges that drive him than we notionally neurotypical folk are about the subconscious that just as surely defines so much of who we are. His gift to me has been to cause me to ponder not just on the neuroatypical but also on all that we may have in common.
続きを読む
違反を報告
レビュー を日本語に翻訳する
すべてのレビューを参照します
Amazonプライム会員ならお急ぎ便、日時指定便が使い放題
さらに、映画もTV番組も見放題。200万曲が聴き放題 。クラウドに好きなだけ写真も保存可能。
> プライムを無料で試す