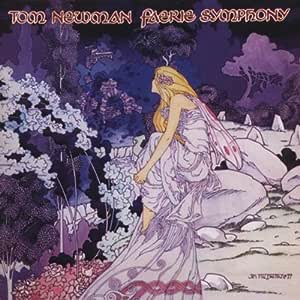 Kenneth Freedman
5つ星のうち5.0 Harken to the Faeries
2001年1月18日 - (Amazon.com)
形式: CDAmazonで購入
I found this album in 1978 while traveling through England, and I still listen to it. Using some audio tricks (such as drums played backwards, tracks of verying speed) but mostly through adroit imagination, Newman brings his listener through one night in the faerie woods. Each track blends into the next, creating a coherent musical narrative. Highly environmental, mythological and modern, this album is a delight.
続きを読む
4人のお客様がこれが役に立ったと考えています
レビュー を日本語に翻訳する

Gareth Davies-Morris
5つ星のうち4.0 Brief but elegant prog gem from Mike Oldfield cohort
2012年2月7日 - (Amazon.com)
After a stint in the early psych group July with future Jade Warrior members Tony Duhig and Jon Field, Tom Newman found his true calling in 1972 as house engineer for the Manor, the legendary studio where Richard Branson and Mike Oldfield would launch their respective careers. Having helped birth Tubular Bells, the hugely successful inaugural release by Virgin Records, as well as Oldfield's follow-up, Hergest Ridge, Newman appears to have spent the rest of the Seventies reading Tolkien and watching A Midsummer Night's Dream, with such elvish imagery permeating both the resulting Fairie Symphony and its frankly quaint artwork. Released by Decca in 1977, the whole project was as far from the musical spirit of that watershed year as one could get and soon fell out of print. Featuring substantial contributions from old mate Jon Field, the newly reissued instrumental suite is exactly the sum of its parts, recalling those first Oldfield works and later Jade Warrior releases like Kites or Way of the Sun and displaying the same effortless ability to shift between ambience and electric ferocity. Field's flute delivers most of the melodies, floating above the mix while Newman's electric guitars mimic Oldfield's distinct tone, especially on the stirring "Dance of the Daoine Sidhe." The cheery chanting of "The Fluter" and "Fairy Song" sounds too much like a gang of hobbits enjoying their second breakfast, but "The Seelie Court" is stately and grandiose, a national anthem for a magical land. In turn, its intense counterpart "The Unseelie Court" (it's elves vs. orcs here, kids) is animated by a jarring guitar duel between Newman and guest Tom Nordon, as if Hendrix were resurrected as a zombie soloist and Jimmy Page truly practiced Black Magick. It's too bad Esoteric couldn't unearth some outtakes or pair this with another of Newman's solo albums; at a mere 32 minutes, the CD is woefully short. But Fairie Symphony makes a gorgeous listening experience, building seamlessly from delicate acoustic passages to jazzy hard rock before stealing away into dreamland.
続きを読む
2人のお客様がこれが役に立ったと考えています
レビュー を日本語に翻訳する

"Faerie Symphony & Other Stories" is a beautiful album that needs to be closely listened to.

Tom Newman may not be immediately recognized by his name alone, but if I was to say "Tubular Bells" then I am pretty sure you'd nod !

Yes...it's the same Tom Newman....the guy who helped record , produce and perform on Mike Oldfield's "Tubular Bells. He and soon after Mike Oldfield were amongst the first to join Richard Branson's Virgin Record label.

Tom also released a number of solo albums and even was in a great early psychedelic band called JULY (which I have reviewed earlier).

Aptly titled "Faerie Symphony & Other Stories" was released in 1977 on Decca Records. No question Mike Oldfield (and Tubular Bells specifically) had a profound impact on Newman who in turn conceived, composed, and arranged this Celtic-prog fuzed album that clocks in just over 30 minutes.

Tom Newman plays most of the instruments (like Oldfield) with strong contributions from ex-JULY and JADE WARRIOR bandmate Jon Field (flutes and reeds) and Peter Gibson (brass instruments).

"Faerie Symphony & Other Stories" exudes a deep musical beauty a plays like one continuous piece of pioneering music. Fans of Tubular Bells will love this album which does share a lot of musical and technical allusions.