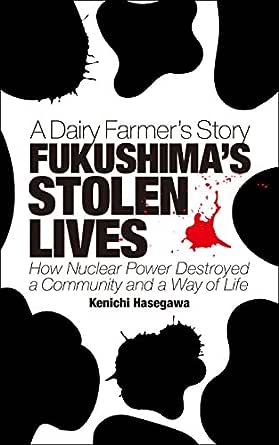 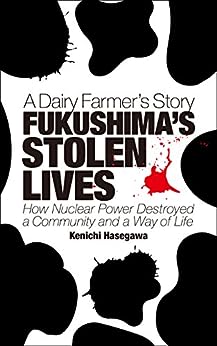 In this personal account, published in Japan in 2012, dairy farmer and author Kenichi Hasegawa describes how most of the people in the Japanese village of Iitate—including very young children—continued to live in their homes for more than two months following the Fukushima Daiichi Nuclear Power Plant accident that occurred in March 2011.
Hasegawa, who was himself exposed to large amounts of radiation, describes the 3/11 catastrophe and its consequences in simple, direct, and clear prose, and in a way that could only be told by someone who lived through it. Weaving together various stories about the experiences of Iitate’s residents, Hasegawa is a witness to the truth of what life was like immediately following the accident—as he suffered with the knowledge that his children and grandchildren had been exposed to radiation, as he lost all of his cattle (who were considered part of the family, not simply the source of their livelihood), and as he endured the suicide of a fellow dairy farmer and friend.
This is the story of Iitate, but it is also the story of Hasegawa, a man who had a lot to lose: a beautiful village steeped in natural history and time-honored traditions, a working dairy farm, a lovely home shared with his extended family, a close-knit community, and colleagues whom he considered close friends. Ultimately, the accident at Fukushima Daiichi—in concert with the profit-minded “nuclear power village” and failures of leadership at every level of government—not only took, but contaminated, all of it: the farm, the fields, the milk, the water, the harvest, the home, and a cherished way of life.
Through it all, Hasegawa pursued the truth by meeting with journalists and taking his own radiation readings. He made sure that the residents in his hamlet of Maeta got what they needed—whether it was bottled water, or reliable information. He confronted lies and hypocrisy in the leadership where he found it. Ultimately, he took a leading role in preserving the interests of everyone and everything he cared about.
Since the evacuation, Hasegawa has organized people from all over Fukushima, including nearly half the population of Iitate, with the goal of getting justice from TEPCO, the perpetrator of so much damage.
While much has been written by scholars and journalists about the March 11, 2011 Great East Japan Earthquake and Tsunami –and subsequent radiation leaks and explosions at the Fukushima Daiichi Power Plant—first-person book-length accounts about the impact of the nuclear accident are rare, but invaluable. Hasegawa’s powerful story adds an essential voice to the conversation.

Roz
5つ星のうち5.0 Wonderful First-Hand Account
2016年7月5日 - (Amazon.com)
Amazonで購入
Tells the story of the Fukushima Daichi Disaster from a dairy farmer's perspective and allows the reader to understand the personal and financial costs to dairy farmers and also provides insight to how the disaster was mishandled by the Japanese Government.
続きを読む
1人のお客様がこれが役に立ったと考えています
レビュー を日本語に翻訳する
Amazon.comのカスタマーレビューを見る(2) 5つ星のうち5.0
click to open popover
Amazonプライム会員ならお急ぎ便、日時指定便が使い放題
さらに、映画もTV番組も見放題。200万曲が聴き放題 。クラウドに好きなだけ写真も保存可能。
> プライムを無料で試す