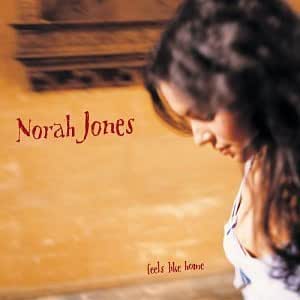 Denise Howard
5つ星のうち4.0 Subtle and Gentle
2019年1月26日に英国でレビュー済み
Amazonで購入
Considering this was her second album after her international hit 'Come Away With Me' I don't think she would have wanted to suddenly turn her back on the sophisticated Jazz that was such acclaimed record And I would have been disappointed if Norah Jones had changed the 'chilled-out' style because that was what appealed to me in 'Come Away' So 'Feels Like Home' is quite an apt title for her second album. Was it as stunning... it was a slight yes for me, there are some really beautiful songs on this album but not as many as there was in 'Come Away' My two favourites were the critics favourite too, which were 'Sunshine' that won a Grammy and nominated for 'Creepin' In' a duet with Dolly Parton. I don't regret purchasing this album because when I play Norah Jones's music I am in the mood for something mellow and each time her music fits that mood perfectly.
続きを読む
違反を報告
レビュー を日本語に翻訳する

RonH
5つ星のうち2.0 Dull and lifeless
2014年7月15日に英国でレビュー済み
Amazonで購入
Got this album on CD and love it! Humble Me sends shivers down my spine. Couldn't wait for the vinyl version, OH DEAR.
Flat and lifeless sounding. What have they done to it! Put on Eric Claptons Unplugged to make sure my system wasn't playing up and it wasn't. Who ever commited this to vinyl should take lessons from the people who commited Unplugged to Vinyl. Or find other employment!

Amazon Customer
5つ星のうち5.0 a soothing and invigorating album
2006年8月10日に英国でレビュー済み
Amazonで購入
If you've listened to Norah Jones's earlier albums,New York City and Come Away With Me,then listening to this latest offering will feel like home - more great singing and music which gets into your system effortlessly and which you can't get out of it.

I listened to Feels Like Home five times in a row after purchasing it and time flew buy.My favourite track was The Long Way Home and listening to any track on this cd will shorten a