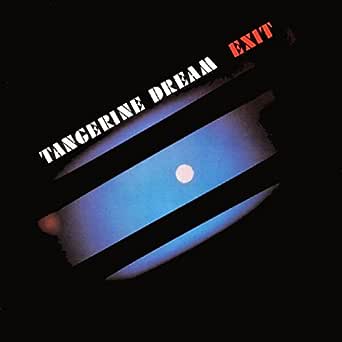 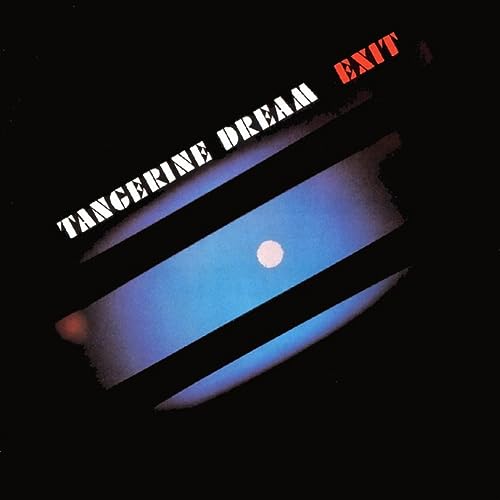 Two of the six tracks do not pass muster: `Pilots of Purple Twilight' consists of four minutes stuck on the starting grid, and the final `Remote Viewing' opens with an air of tense mystery but lazily subsides into a plodding mesmerism.

The remaining tracks, though, are well worth a listen. The opening `Kiew Mission' (at nine minutes, the longest track) starts with a series of disconcerting explosions that merge into a persistent beat that then widens out into a Russian recitation of the earth's continents and a plea for global communication. It is very atmospheric. The second half, however, is a divertimento that is pleasant but goes nowhere. You expect the return of the opening, like a scherzo, but after a brief pause, it is the `trio' that returns and fades weakly away.

`Choronzon' is high-speed train music, as is `Network 23' but with some interesting diversionary sounds along the way. Meanwhile, the title track evokes a paean to the sun. Or is it a plain love-song? The soundworld is later enveloped by torrential rain and thunder.

Whilst there are no problems with the CD sound quality, the sleevenotes are full of errors. They refer to Pete Baumann leaving the band in 1978, but include Baumann in the compositional credits, not Schmoelling. Also, the end-on title of the album is stated as "Exit - Tangerine Dream Live". And if all that is not enough, the tracks are listed as `Twighlight', `Network', and `Remote'! Either I've been sold a counterfeit, or some mandarin in Virgin Records doesn't know there Tangerines from their Satsumas.
続きを読む
3人のお客様がこれが役に立ったと考えています
役に立った
フィードバックを送信中...
フィードバックをお寄せいただきありがとうございます。
申し訳ありませんが、お客様の投票の記録に失敗しました。もう一度試してください。
違反を報告
レビュー を日本語に翻訳する

Stotty
5つ星のうち4.0 Shut That Door!!!
2007年9月29日に英国でレビュー済み
形式: CDAmazonで購入
'Exit' showed Tangerine Dream moving away temporarily from huge twenty minute pieces, and instead recording shorter, more palletable tracks. This was arguably, a move that the band had to make in order to survive in the early 1980s. As a result, 'Exit' is an album full of variety.
Opening track 'Kiev Mission' is one of the group's most enduring pieces. Split into two fairly moody sections, the first section works far better, and actually benefits from some haunting female vocals. It makes you wonder how much more successful the 'Cyclone' album would have been if the band had used the same vocal approach on display here. It's really quite effective.
'Pilots Of The Purple Twilight' has the sort of musical theme that wouldn't have sounded out of place on the previous year's 'Tangram'. However, after a while, this track starts to get a wee bit repetitive.
'Choronzon' is another popular piece among Tangerine Dream fans, and is a very immediate, catchy effort with a memorable melody. Very Jean Michel Jarre esque to me.
The title track comes next, and is a wonderfully dark and misty number. It conjures up the image of spies, operating in the damp streets of some dimly lit European cold war country. A real slow burner.
'Network 23' is a lively number, well paced with some good keyboard effects, and album closer 'Remote Viewing' is classic sequencer packed, traditional Tangerine Dream fare.
All in all then, a good effort from this particular line up of the group with much more accessibility, while remaining creative and adventurous.
The only let down is the drum sound used throughout the record. It might have sounded good in 1981, but now, I'm afraid it sounds awfully dated. Other than that, thouroughly enjoyable stuff.
続きを読む
5人のお客様がこれが役に立ったと考えています
役に立った
フィードバックを送信中...
フィードバックをお寄せいただきありがとうございます。
申し訳ありませんが、お客様の投票の記録に失敗しました。もう一度試してください。
違反を報告
レビュー を日本語に翻訳する
その他の国際レビューを読み込む

Ronnie shaw
5つ星のうち5.0 Inner landscapes .
2013年8月5日に英国でレビュー済み
形式: CDAmazonで購入
The album which turned me on to the genius of Froese and Frank.
I think this was the last album with Peter Baumann .
I consider T.D.'s work from Atem to Hyperborea / White Eagle to be the greatest example of this genre .
I did own them all on vinyl and now , thanks to these reissues, I am in the process of replacing them on cd.
Kiew Mission without cracks is sublime !!
And Network 23 with no jumps !! Mindblowing .
Long Live The Dream.
続きを読む
2人のお客様がこれが役に立ったと考えています
役に立った
フィードバックを送信中...
フィードバックをお寄せいただきありがとうございます。
申し訳ありませんが、お客様の投票の記録に失敗しました。もう一度試してください。
違反を報告
レビュー を日本語に翻訳する

Marcin De
5つ星のうち4.0 Exit by Tangerine Dream
2011年11月20日に英国でレビュー済み
形式: CDAmazonで購入
The dream has changes slightly with this release, but it doesn't mean it's gone bad... The times changes, technology changes, the lineup changed and so the band took on a new path. 1981's album Exit has more melody to it than its predecessors. The album is to a lesser extent based on soundscapes, and more on shorter tracks with a rather closed form. The following review is of course in the usual IMHO context...

The album comprises of 6 cuts and lasts about 37 minutes. a tad short... The album starts off with Kiew Mission, a dark tune with a delicate melody and a gentle female voice sending out a message of peace and asking people to communicate with each other, as we live on one Earth even though it's divided into continets... "Continenty, Azya, Afrika, Yevropa, Avstralya, eta Zemlya" The second part of this track is slightly different, with a slow moody melody.

Pilots of Purple Twilight sounds very exciting, however one needs time to really appreciate the track. It has a throbbing bassline and a repetitive synthesizer cue, over which a slow, moody melody starts to play. I started to like this track after several listens. It's not a simple synthesizer tune.

Choronzon was probably the most poppy tune the band contrived then. It is fast paced, with a digital bass line and a a jaunty melody. Nice try!

The title track Exit is one of the most beautiful syntnesizer tracks I have ever heard. It is moody, slow, with a delicate but quite simple melody and sound sof rain finishing it off.

Network 23 is again showing off the new melodic aspect of TD's music - it is a rhythm-based song with a nice melody and it is somehow similar to Choronzon.

Remote Viewing finishes the album on a more typical TD note - it is the moodiest track of all. It develops over a fantastic bassline and a synth cue. It's just a fantastic way to close the album.

All in all - this album, while not being their top achievement, and not particularly standing out, is still a very good synthesizer music album. If you prefered Phaedra and Rubycon and expect something similar of Exit - you might be dissapointed. This album was created in 1981 and has a very typical 80s sound. Think of instrumental version of... Human League? When I think of Choronzon, I sometimes hear Don't you Want Me Baby? :)
続きを読む
1人のお客様がこれが役に立ったと考えています
役に立った
フィードバックを送信中...
フィードバックをお寄せいただきありがとうございます。
申し訳ありませんが、お客様の投票の記録に失敗しました。もう一度試してください。
違反を報告
レビュー を日本語に翻訳する