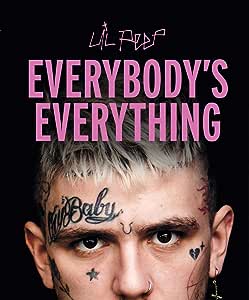 Jacob Marsh
5つ星のうち5.0 Will make a real Peep fan cry
2019年12月1日 - (Amazon.com)
Amazonで購入
Amazing documentary I've been a fan of Peep since early 2016 and I just semi cried through the entire this and cried my eyes out to the 911 call until the end
続きを読む
14人のお客様がこれが役に立ったと考えています
レビュー を日本語に翻訳する

Ashley Treuhaft
5つ星のうち2.0 More about his dysfunction than creative edge
2019年12月31日 - (Amazon.com)
Amazonで購入
I am from an older generation so I guess my perspective on pioneering music doesn’t evolve from others doing the same thing. You’re creating something that no one has heard or experienced before. That really doesn’t seem to be the story here. It’s hard to think his life was worth this new revelation of creativity where a 20 something year old stands on stage about to collapse, strung out of his mind on Xanax, and people continue to say its art. Yes, I decided to watch this documentary but I was hopeful I would see an artist who really dedicated his time and mind to creating something worth presenting to the world and unfortunately passed on. It seems to have come out of him being lazy and getting high all the time.
続きを読む
7人のお客様がこれが役に立ったと考えています
レビュー を日本語に翻訳する

Armando Lamberti
5つ星のうち4.0 A Sobering Portrait of Addiction
2019年12月21日 - (Amazon.com)
Amazonで購入
"Everybody's Everything" is a sobering portrait of addition, the documentary both a glimpse into one young man's personal struggle with substance abuse and an exposé of the music scene that enabled and even encouraged his dangerous habits. A heavy aura of inevitability hangs over the proceedings here, Lil Peep's real-life death by accidental overdose the film's logical endpoint. However, the film is still compelling and even surprising at times, despite the preordained conclusion of which viewers will already be cognizant. That said, the film falters slightly only when it seeks to broadly psychoanalyze Peep, whose own mother predictably traces the source of her late son's malaise to his strained relationship with his estranged, philandering father. Such biased speculation is ineluctable, of course, given that Peep's mother is the executor of his estate and the executive producer of this very documentary, though another modicum or two of impartiality certainly wouldn't have hurt the film any.
続きを読む
7人のお客様がこれが役に立ったと考えています
レビュー を日本語に翻訳する

Marcie W
5つ星のうち5.0 WOW. What a journey.....TEAR-JERKER For Sure
2019年12月25日 - (Amazon.com)
Amazonで購入
Just wanna say what a brilliant documentary!! I am a 46 year old grandmother who didn't know about Lil Peep; but, something drew me 2 watch it! I'm glad I did! WOW, he really was a brilliant artist; AND his music is deep... Real life. It was sad, he was such a beautiful and kind person, this I could tell!! And if his mom or grandpa or friends see this; just try 2 find some peace knowing that God; or our Higher Power had a special place for such a kind soul without the types of pains, sufferings, and demons this cruel world offers...... RIP Peep
続きを読む
8人のお客様がこれが役に立ったと考えています
レビュー を日本語に翻訳する

S. Henderson
5つ星のうち5.0 WAKE UP!!!!
2019年12月18日 - (Amazon.com)
Amazonで購入
I have struggled with addiction myself and anyone that feeds it is not your friend!!!!! This boy needed help ... EVERYONE SUPPOSEDLY WHO LOVED HIM DROPPED THE BALL ... all his so called "friends" were just looking at the $. The World lost a great talent and a compassionate caring human being ... So SAD because there is help out there! The people who were genuinely concerned for him should have been actively pushing for that instead of drugs!!!
続きを読む
7人のお客様がこれが役に立ったと考えています
レビュー を日本語に翻訳する
Amazon.comのカスタマーレビューを見る(113) 5つ星のうち4.5
Amazonプライム会員ならお急ぎ便、日時指定便が使い放題
さらに、映画もTV番組も見放題。200万曲が聴き放題 。クラウドに好きなだけ写真も保存可能。
> プライムを無料で試す