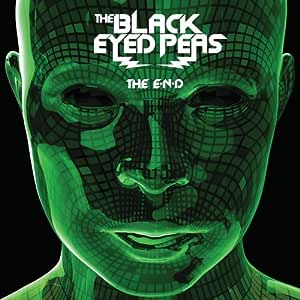 The new album by The Black Eyed Peas is off to a blazing start! The first single from The E.N.D. (Energy Never Dies), BOOM BOOM POW was also the Peas' very first #1 on the Billboard Hot 100 chart!

With The E.N.D., The Peas are poised to continue with the success of Elephunk and their fourth release Monkey Business - they have had multiple hit anthems, such as "My Humps" "Pump It" and "Let's Get It Started" along with "Don't Phunk With My Heart" "Where is the Love?" and "Don't Lie".

In the midst of the success of the Black Eyed Peas, FERGIE released her debut solo album, The Dutchess, in 2006. To date the album has sold over six million copies worldwide and spanned five Top 5 hits. Moreover, Fergie became the first female artist in history to have four consecutive #1 singles (Billboard).

Will.i.am is also a Grammy nominated producer - nominated for the Producer of The Year Award in 2007 and nominated again at the 2009 Grammy's. He has lent his services to some of the biggest superstars in the business; Fergie, The Pussycat Dolls, John Legend, Mary J. Blige, Ricky Martin, Justin Timberlake, Diddy, Nas, Michael Jackson, Usher, Mariah Carey, Whitney Houston, and U2. Besides his music endeavors, will.i.am is committed to social activism and is an outspoken advocate of progressive political initiatives. His "Yes We Can" video won an EMMY and a Webby Award and has over 19 million views on YouTube to date.

The Black Eyed Peas have sold over 20 million albums worldwide, have won three Grammy awards and have been nominated for 11 total as well as awards won at Teen Choice, MTV, American Music Awards, among many others from around the world!