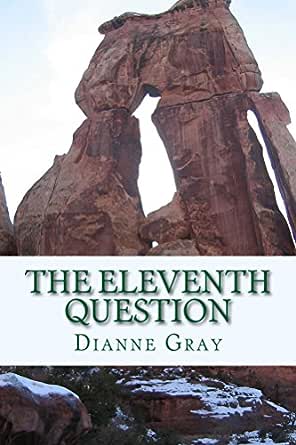 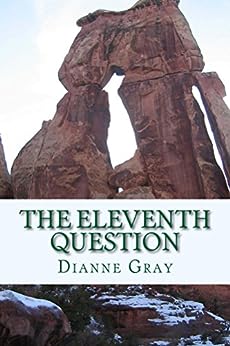 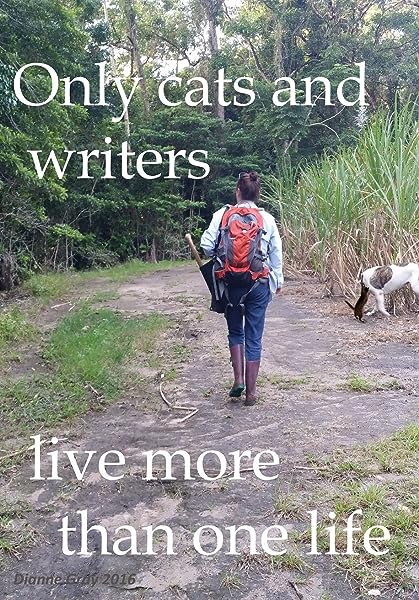 Marsha Ingrao
5つ星のうち5.0 The Eleventh Question and the Common Core Standards
2013年2月14日にアメリカ合衆国でレビュー済み
Amazonで購入
In her riveting book, The Eleventh Question Dianne Gray takes a visionary slant to take care of an invasive social problem that has received much publicity in the last 10 years. The problem of bullying is one of the chief causes of teen suicide as well as incidents of school violence that shock entire communities to their core.

Wikipedia tells casual researchers like me that "Bullying consists of three basic types of abuse - emotional, verbal, and physical. ...Social aggression or indirect bullying is characterized by attempting to socially isolate the victim. ...Often bullying takes place in the presence of a large group of relatively uninvolved bystanders. In many cases, it is the bully's ability to create the illusion that he or she has the support of the majority present that instills the fear of "speaking out" in protestation of the bullying activities being observed by the group." [...]

This brief excerpt from Wikipedia describes the life of Arista, teen-aged daughter of a loving, but alcoholic and neglectful mother. With nowhere to turn for help, Arista is on the verge of suicide, when help comes from seemingly out of no where. What makes this story so fascinating is the OTHER story, of a young ayudante, or helper, to a seer in another part of the world. Ayudante has his own real world struggles, but is able to "see" Arista as she grapples with her life's questions. Her questions somehow tie into his life as well.

The Eleventh Question wove its magical spell around my clock, and time didn't seem to move at all as engrossed as I was in this novel.

The Eleventh Question and the Common Core Standards for English Language Arts.

It is my trademark to offer an opinion here to how a teacher might ramp up the effectiveness of non-fiction documents by the use of fiction, and vice versa. The non-fiction, social studies issue here is bullying, and with a hint of religious rights. I can picture students reading this book and doing what I did, rushing to the find out more about bullying, and then turning it into a social action, project based learning experience.

Project Citizen is one curriculum published by the non-profit organization of Center for Civic Education that helps students reach out to the world of public policies to help them solve major social problems in the local community. Other organizations such as the Constitutional Rights Foundation, Civic Action Project, and the Buck Institute offer similar effective programs or curricular ideas for whole class participation in a project that drives the learning deep as well as wide.

There are few people in this world who have been untouched by bullying. It is frightening how subtle bullying can be, and how long-term, sometimes fatal, the effects of intimmidating. Gray's solution identified social policies connected with the foster care system that students could evaluate. She also integrates the spirit world, which captures the imagination in a Harry Potter fashion, as a means of solving the problem.

Conservative Christians will have to keep an open mind as they read this book, just as they do with any book that edifies a religion other than Christianity. Gray puts the actions of one zealous Christian man on the proverbial red carpet, as his behavior warrants.

As I read this I asked myself, "Is this how people typically view Christians?" and then I continued to question, "Is this an accurate stereotype?" Then, "Why am I feeling defensive here?" "Am I responsible for the actions of one man in a story?" "Does he reflect MY values?" "What about the imperfections of the Seer, and Ayudante?" "Were they portrayed as evil or wrong?" One right after another, questions kept tumbling into my brain. I feared that I might end up with eleven questions. And then what might happen?

Read the book. Fall in love with Arista and Cayo, the young Ayudante. The Eleventh Question is heartening, loving, surprising, and deep. See if it doesn't make you think, and smile, and cry a wee bit.

Learn about the philosophy of the eleventh question. I accidentally found out there is more to this than some random number. You can always count on Dianne to dig deeper in her writing

T. W. Dittmer
5つ星のうち5.0 Deep and Probing
2013年8月26日にアメリカ合衆国でレビュー済み
Amazonで購入
"The Eleventh Question" by Dianne Gray pulled me in from the beginning. It's that kind of story.

In Australia, fifteen-year-old Arista is being bullied at school and on Facebook. She was bitten by a dog and is terrified of them. Her mother is an alcoholic in an abusive relationship.

In another world, a "Seer" and her apprentice watch Arista try to cope with these problems. At critical junctures, Arista asks the questions. "Who am I?" "Why am I here?" "What happens after death?"

The story line switches back and forth between the two worlds, with the author drawing clear boundaries, but still letting the two worlds affect each other. It is extremely effective.

The book is very well written, with straightforward, yet flowing prose that allows complete immersion in the story. I highly recommend it.

Tooie
5つ星のうち5.0 Questions and answers
2013年2月21日にアメリカ合衆国でレビュー済み
Amazonで購入
Author Dianne Gray truly knows how to get to the real essence of her characters. I was immediately drawn into this book and had trouble putting it down.

Although worlds apart, Dianne weaves a connection between a girl struggling to define her reasons for being and Seer trying desperately to help her find the answers to her questions. The book seamlessly transitions from one perspective to the other and intertwines helplessness with hope.

The Eleventh Question not only engages us in the journey of the characters but makes us reflect on the signs that life presents. It delves into the deeper meaning of intuition and gives us hope that nobody is ever truly alone. It is an uplifting story of survival and success against all odds.
続きを読む
違反を報告
レビュー を日本語に翻訳する

Colleen
5つ星のうち4.0 well written
2013年2月26日にアメリカ合衆国でレビュー済み
Amazonで購入
I thought this story pretty engrossing. I'm not sure about the spiritual cosmology of it, but it was a story well told and one I think which would suit young adults or maybe pre teens especially.
続きを読む
違反を報告
レビュー を日本語に翻訳する
すべてのレビューを参照します
click to open popover
Amazonプライム会員ならお急ぎ便、日時指定便が使い放題
さらに、映画もTV番組も見放題。200万曲が聴き放題 。クラウドに好きなだけ写真も保存可能。
> プライムを無料で試す