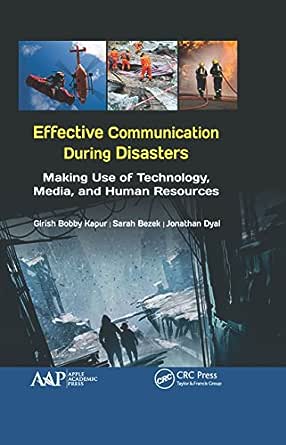 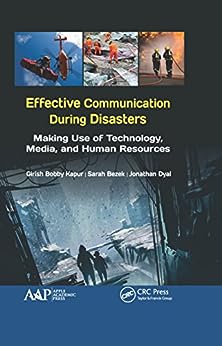 Girish Bobby Kapur, MD, MPH, is the Chief of Emergency Medicine at Jackson Memorial Hospital (JMH) in Miami, Florida, and was recruited in 2015 to bring transformative change in the delivery of high-quality acute patient care at one of the nation’s busiest emergency centers. In addition, Dr. Kapur is launching an academic platform with his colleagues at JMH based on clinical excellence, innovative education, translational research, and public health outreach at the Jackson Health System and the University of Miami Miller School of Medicine. Dr. Kapur is an internationally recognized emergency physician and public health expert who previously served as the Associate Chief for Academic Affairs and the Founding Residency Program Director in the Section of Emergency Medicine and an Associate Professor of Medicine and Pediatrics at Baylor College of Medicine (BCM) from 2009-2015.

Based on his international and academic accomplishments, Dr. Kapur was also appointed by BCM President Paul Klotman as the Founding Director of the Center for Globalization at Baylor College of Medicine. For two years, Dr. Kapur helped guide the College’s global initiatives and worked with the BCM faculty, residents, and students to fulfill BCM’s mission to be an international leader in academic medicine. In September 2014, Dr. Kapur led a six-person team that trained nearly 1,500 people in Ebola preparedness and response in Nigeria during the middle of the epidemic in the country. Dr. Kapur was also a co-investigator on the USAID grant "Fighting Ebola: A Grand Challenge" that was one of twelve grants awarded from over 1,500 submissions. Before his roles at BCM, Dr. Kapur directed global health training programs and international projects at the Ronald Reagan Institute for Emergency Medicine at George Washington University (GWU) from 2004-2009. At GWU, Dr. Kapur established multiple academic training programs and acute healthcare systems with partners in India, China, Latin America and the Middle East. In addition, Dr. Kapur implemented a countrywide project to improve emergency services in Turkey that trained more than 2,000 physicians providing emergency care in Turkey’s national hospitals.

Dr. Kapur has published multiple peer-reviewed papers and is the senior editor for the first textbook in the field of Emergency Public Health titled Emergency Public Health: Preparedness and Response. Dr. Kapur has served as the Chair of the International Committee for both the American College of Emergency Physicians and the Society for Academic Emergency Medicine. In June 2012, Dr. Kapur was awarded the Order of the International Federation of Emergency Medicine for his contributions to global health and emergency medicine, an honor given to only two US emergency physicians every two years.

She is on faculty at the National School of Tropical Medicine in Houston, Texas, with special emphasis on education, acute care and trauma in low/middle income countries, and neglected diseases of poverty. She has given lectures both locally and internationally regarding emerging infectious diseases. She has also worked on research in the area of new malarial diagnostics.

She has been awarded for her work with mentorship and medical student education.

Dr. Dyal began his career in international disaster response by pursuing his MD at Johns Hopkins University School of Medicine. While enrolled at Johns Hopkins, he worked with the distinguished faculty of the Center for Global Health to conduct research in Pune, India, on Cryptococcal Meningitis. Before beginning his clinical training, he earned his Master’s in Public Health at the Johns Hopkins University Bloomberg School of Public Health. His thesis focused on the origins of an outbreak of syphilis among high risk groups around Lake Victoria. After graduating from the School of Public Health, Dr. Dyal was awarded a Doris Duke Global Health Fellowship. As a Doris Duke Fellow, he spent a year studying emerging zoonotic diseases and viral hemorrhagic fevers in Uganda. During this time he also enrolled in the University of Minnesota’s Global Health Course. In addition to studying disaster management in low resource settings, this experience prepared him to pursue a Certificate in Tropical Medicine, which was awarded by the American Society for Tropical Medicine and Hygiene in June 2015.

Dr. Dyal is currently an Emergency Medicine resident at Baylor College of Medicine, Houston, Texas. As a resident, Dr. Dyal has collaborated with many of the global health and disaster management faculty at Baylor. He has published several articles on emerging infectious diseases, including Chikungunya virus and leptospirosis. Upon graduation, his future plans include working with the Center for Disease Control’s Epidemic Intelligence Service and a Disaster Medicine Fellowship in Emergency Medicine. --このテキストは、hardcover版に関連付けられています。