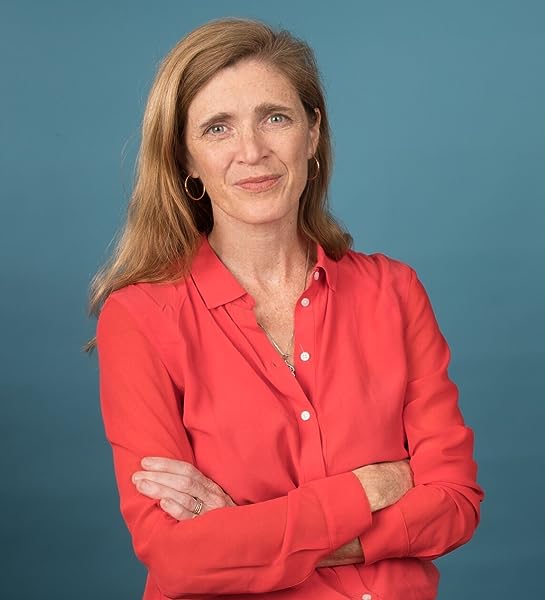 AN OBAMA FAVOURITE BOOK OF 2019

AN ECONOMIST BOOK OF THE YEAR 2019

A TIMES LITERARY SUPPLEMENT BOOK OF THE YEAR 2019

‘Her highly personal and reflective memoir … is a must-read for anyone who cares about our role in a changing world.’
Barack Obama

‘Samantha Power's book is honest, personal, revealing. It is about the development of a young woman's inner strength and self-knowledge. But it is also a political book, alert to both the power of political will and its limitations.’
Colm Tóibín

‘It’s a profound, heart wrenching, uplifting, and emotional journey through her life and what she’s seen; starting in her youth in Ireland, and taking us through places like Bosnia, Kosovo, Rwanda, Sudan, and eventually the White House … All while navigating war zones and political culture as a woman and eventually a mother.’
Sophia Bush

‘An unusually engaging political memoir…Power is an excellent storyteller, with a deft touch with anecdotes and a nice sense of humour.’
Times Literary Supplement

‘Refreshingly frank and self-deprecating … An energizing reminder that conscience has a place in the process of shaping foreign policy.’
TIME Magazine

‘Engaging … Power’s memoir is an insider’s account of foreign-policy-making, and an intensely personal one.’
Economist

‘Lively … And strikingly personal …[Power] writes vividly and lucidly here about her turn in the international spotlight.’
Vogue

Samantha Power is a leading global voice on human rights and international affairs. She served for four years as President Barack Obama’s human rights adviser and then, from 2013 to 2017, in his Cabinet and as US Ambassador to the United Nations. Power is the author of several books, including the Pulitzer Prize-winning ‘A Problem From Hell’: America and the Age of Genocide, and has been named one of TIME’s ‘100 Most Influential People’ and one of Forbes’ ‘100 Most Powerful Women’. Currently a professor of practice at Harvard Law School and Harvard Kennedy School, she lives in Massachusetts with her husband, Cass Sunstein, and their two children. Power immigrated to the United States from Ireland at the age of nine.

Richard
5つ星のうち3.0 Doesn’t do what the tin says
2020年1月25日に英国でレビュー済み
Amazonで購入
Somewhat disappointing. The title suggests an insight into the changing perceptions and thinking of a person entering government and facing the realities of power. The book is a diary of events, and doesn’t explore how power in government compromises an idealist. It has, however, motivated me to read some of Obama’s words.
続きを読む
12人のお客様がこれが役に立ったと考えています
違反を報告
レビュー を日本語に翻訳する

Forlornehope
5つ星のうち5.0 One can but weep
2020年4月9日に英国でレビュー済み
Amazonで購入
The early part of the narrative is a bit "Angela's Ashes" with a dash of "Boys Own Paper" adventure but the book gives, inter alia, a fascinating insight into what really goes on in the White House and the United Nations. However, when I stopped to reflect on the difference between the administration that she describes which, for all its many faults, was made up of intelligent, well informed, thoughtful and, most importantly, fundamentally decent people, and what has replaced it, all that is left is tears.
続きを読む
6人のお客様がこれが役に立ったと考えています
違反を報告
レビュー を日本語に翻訳する

Peter Doyle
5つ星のうち2.0 Disappointing
2020年3月3日に英国でレビュー済み
Amazonで購入
For a book recommended by so many, I wanted it to be more insightful regarding foreign policy but didn't illuminate.my understanding of conflicts.
It's quite biased, reading this you wouldn't be aware of all the problems the US government's interventions caused in middle East and Arabic world's.
On top of that it's not particularly well written, (it's not badly written either) just ok.
Seems a bit pointless all in
続きを読む
7人のお客様がこれが役に立ったと考えています
違反を報告
レビュー を日本語に翻訳する

Shahram Chubin
5つ星のうち5.0 Insightful, fascinating. gripping book by diplomat/scholar
2019年11月24日に英国でレビュー済み
Amazonで購入
A charming insight into the world of diplomacy and US politics written by a modest and decent person who is as honest and principled as one could hope from a government official. Well worth reading.
続きを読む
4人のお客様がこれが役に立ったと考えています
違反を報告
レビュー を日本語に翻訳する

Frank Zimula
5つ星のうち5.0 A Great Read
2020年4月12日に英国でレビュー済み
Amazonで購入
This is an amazingly written book that I would recommend for everyone who wants to know about the workings of an ambassador in such high profile position.
Samantha Power makes it an easy read with her style of writing and forensic analysis of situations she so often found herself in.
続きを読む
3人のお客様がこれが役に立ったと考えています
違反を報告
レビュー を日本語に翻訳する
すべてのレビューを参照します
トップへ戻る
Amazonについて
Amazonでビジネス
Amazonでのお支払い
ヘルプ＆ガイド
日本語ショッピングのための言語を選択します。 日本ショッピングのための国/地域を選択します。
© 1996-2020, Amazon.com, Inc. or its affiliates