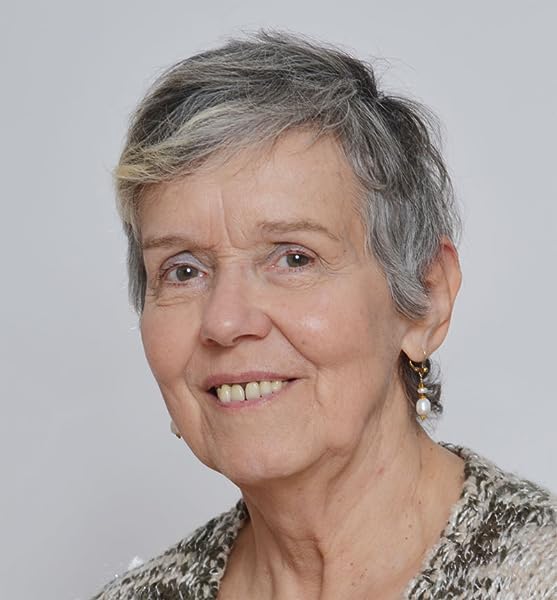 Punya spent her formative years in Italy and Switzerland and met the Indian mystic Osho (then known as Bhagwan Shree Rajneesh) in 1974. She lived for many years in his communes - Pune, India; Oregon, USA; and then again in Pune. She was also involved in Osho's meditation centres in Milan, Geneva, Zurich, and Edinburgh. Her work 'in the world' has mostly involved design, publishing, languages (she speaks four) and advertising. She now runs the successful online magazine Osho News, and lives in Greece and the UK.

Bodhi Heeren
5つ星のうち4.0 Vivid memories
2015年5月1日に英国でレビュー済み
Amazonで購入
Another addition to the growing litterature by Western disciples telling about their life with a Master, and the growing number of books about Osho.

The strength of Punya's book is undoubtedly in her very vivd almost impressionistic descriptions of nature, places and events. Obviously recollecting is her main interest rather than reflection which I must say I found somewhat disappointing from the founder and editor of the excellent webmagazine Oshonews. And like most authors in this genre she seems to lack the professional writer's ability to condense events and draw the essence out of situations. Instead we get very long accounts of how the procedures were in the kitchen in Poona and how specific types of buildings were constructed in Oregon which I doubt can interest manyb people - unless ofc they were there themselves.

The book is well-written, Punya defintely has a gift for words, and rather complex in composition with several narratives unfolding at the same time, mainly the story of her life with Osho while he was alive and diary like entries from her life after that not least a visit to Poona in 2001.

Punya comes a cross a a typical - some would say ideal - devotee. Working for and being in the close proximity of her master seems to be the essential in her life. In fact she states that when being summoned to a meeting with some of the feared 'moms' in Rajneeshpuram the thought of being send away from the place where "worse than death". Whereas critical thoughts and reflections seem foreign to her mind. Rightly she focusses on all the amazing feats of the commune in Oregon - I know many who loved being there - but that she did not have any grievances about its demise is unusual and probably a testament to her unwavering trust/faith. And strange in a book written many years later that she does not at all mention the waves of upheaval through the sannyas world in wake of these events. or try to draw some lessons from it. And that is perhaps the great flaw with this book in general that the writer does not seem willing to look at things from a later/higher perspective - which ofc could be said to be an attempt to leave the conclusions to the reader.

I have read 'better' books about Osho like Veena's "Glimpses Of My Master", Shunyo's "Diamond days With Osho" or Niranjan's "I Leave You My Dream" but if you were there Punya might give you an interesting vehicle for time travel.
続きを読む
違反を報告
レビュー を日本語に翻訳する

Devika
5つ星のうち5.0 Fantastic Book telling about life with Osho over the years
2016年3月26日に英国でレビュー済み
Amazonで購入
This book of Punya's is beautifully written and so interesting and informative. I could not stop reading it from beginning to end. It tells in vivid and honest detail what life was like living and working in Osho's Communes from the very early days when she first had personal contact with Osho and through all the years of the Pune days and in America as well as some European Communes. She also tells of her work out in the world.
I highly recommend this beautiful book which will be a testimony of so many things that happened around Osho and are still happening.
Also I love the website OshoNews that Punya has created with so many interesting articles.
From Devika
続きを読む
違反を報告
レビュー を日本語に翻訳する

K. Yashen Jones
5つ星のうち5.0 Wow! - if you're curious about the spiritual search - this was written for you!
2015年4月8日に英国でレビュー済み
Amazonで購入
What's an enlightened master? Why bother with one? What's it like living in a commune? What happens to you when you meditate? What is the Search? If you want the answers from someone who has followed her master to India, the USA and beyond, lived in his centres and communes,experienced the ecstasies and the depths of despair and meditated while cooking the lunches then read this! Punya writes an intelligent, thought provoking and insightful bio of her 40 years of living with Osho. She wasn't someone special, this is not the "authorised" history. Its a moving account of her emotional and experiential ups and downs, with a backdrop of events that will reverberate through history.
続きを読む
1人のお客様がこれが役に立ったと考えています
違反を報告
レビュー を日本語に翻訳する

Joachim Spohr
5つ星のうち5.0 A reliable account of life in Osho's commune
2015年5月29日にドイツでレビュー済み
Amazonで購入
Punya is a personal friend and I know that what she writes is absolutely authentic.She has a keen eye, a dry wit and a loving heart. All of which comes across in her book with the utmost ease. Her account is one of the very few sources for reliable information on what it was like to live and work and meditate in Osho's commune.
続きを読む
3人のお客様がこれが役に立ったと考えています
違反を報告
レビュー を日本語に翻訳する