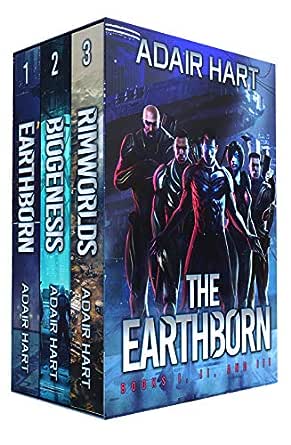 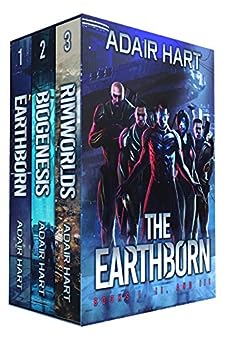 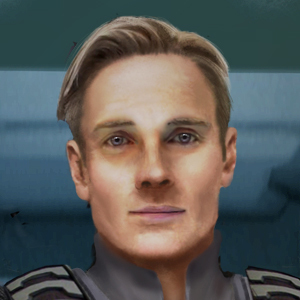 Blake Brown and crew set out on missions to deal with an unknown threat that seems to grow bigger the more they investigate. From the ecumenopolis of Zakara Prime to rimworlds, Blake and crew will need to adapt to evolving situations.
This box set contains the first, second, and third books in the Earthborn series. If you like science fiction, technology, and gritty space opera adventures, then this series is for you.


Earthborn - Book 1 of the Earthborn

Don't discount those from Earth.

Two years of freelancing in the galactic bounty system has taken its toll on Blake Brown, a four-hundred-plus-year-old vampire exiled from Earth. Along with his partner in crime, Seth Williams, Blake decides to call it quits. However, a new opportunity arises, one that comes from the highest authority of Fredoria, the home world of human refugees that were abducted from Earth.
Forming a team to rise to this new challenge is one hurdle. Figuring out how to capture and retrieve Delkis, a known criminal, is another. To make matters worse, Delkis has a powerful crime syndicate backing him.
Blake and crew will show the galactic community what an Earthborn team can do when given the resources to do it.


Biogenesis - Book 2 of the Earthborn

There is always something scarier out there.
After a successful first mission and a month off, Blake Brown and crew head out on a new mission to the remote Zolidack system. A classified research facility has been sighted with the presence of illegal cargo that relates to what they found on their previous mission.
The problem is the system is controlled by the Fredorian Defense Force, a group who dislikes Earthborn of any stripe. The facility is operated by the Dorostatic Initiatives Corporation, which is recovering from a genetic engineering scandal and hates any government intrusion, Earthborn or not.
Getting to the facility is one challenge. Dealing with a new crew problem while doing it is another. To make matters worse, brutal, bug-like Rogundan mercenary slavers have been spotted in the system.
Blake and crew will do all they can to investigate the facility while navigating both internal and external threats. If there's one thing Earthborn can do well, it's adapt, and Blake and crew will show everyone how it's done.


Rimworlds - Book 3 of the Earthborn

Citizens of rim world cities have gone missing, and no one knows why. Blake and his crew are assigned to discover what is going on and who is behind the disappearances. Like previous missions, this will lead them to dangerous locations as they gather information and encounter new allies and enemies.
The Saskarin threat has escalated since Blake and the crew's second mission at Hadrassus and the bounties on each crew member have gone up significantly.
Blake and his crew must navigate those dangers while trying to not only find the missing citizens but also to stop whoever is abducting them. Being Earthborn is not easy, and Blake and his crew will show what happens when you mess with them.

HazelM
5つ星のうち5.0 A must read
2020年2月25日にオーストラリアでレビュー済み
Amazonで購入
The first 3 books in this series all in one book - fantastic!!
This is a brilliant series with some amazing characters. Set in a fantastic universe where humans are not the dominant species. The vampires are fabulous as are the time travellers and many of the aliens.
I don't want to give anything away so all I will say is this is one of my top series, well worth reading more than once. Do yorself a favour and don't pass on this series.
続きを読む
役に立った
フィードバックを送信中...
フィードバックをお寄せいただきありがとうございます。
申し訳ありませんが、お客様の投票の記録に失敗しました。もう一度試してください。
違反を報告
レビュー を日本語に翻訳する