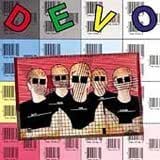 Duty Now for the Future インポート

Keyboards jumped to the fore as Devo continued their rise to pop power with this hit 1979 Warner Bros. album. Their unforgettable take on Secret Agent Man joins inspired originals like The Day My Baby Gave Me a Surprize; Smart Patrol/Mr. DNA , and the faux-fascist track that kicks off the record, Devo Corporate Anthem !

Super_K
5つ星のうち4.0 Among Devo's best work!!
2015年11月24日にアメリカ合衆国でレビュー済み
Amazonで購入
**Intro**
This album was first released in 1979, and it was Devo's second major album. This music certainly has the classic Devo sound that some have described as being "like a robot out of control." The lyrics are fast and frantic, the synthesizer progressions are fast and crazy, and there are unusual note timbres being made by synthesizer when synthesizers were still fairly new instruments. I'm not sure if this album is as good as "Q: Are We Not Men? A: We Are Devo!", "Freedom of Choice," and "New Traditionalists," but it follows very close behind. I'm sure some listeners feel that it is comparable or even superior.

**The music**
My favorite songs are "Devo Corporate Album" and "Secret Agent Man," but there are plenty of super goofy synth sounds and piercing vocals by Mark Motherspaugh that you really need to check out more than that. "Blockhead," "Triumph Of The Will," and "Smart Patrol/Mr. DNA" are all worth buying and listening to, and you may like others.

There are some moments where this music has really big sound, and reminds me of classic music, though make no mistake it is electronic and rock mixed almost through the whole album. Devo Corporate Album is meant to having a classical music aesthetic, and it sounds like a fanfare in fact, but it's pretty obviously electronic. Some might say that Devo's music is synth pop, but I don't think that's quite right. If nothing else, it is synth pop, but with far more originality than other bands at the time.

Mark's lyrics are always piercing, energetic, and tend to come and go with a sudden attack and then release sort of matter. He's quiet, and then suddenly he's going nuts and either shouting, bellowing, or singing faster than most of us thought possible.

When the music on this album doesn't have the symphonic big sound, it is at least flambuoyant, bright, colorful, campy, and/or manic. There is always a lot of energy in Devo music. This album is no exception.

**Conclusions**
I'm going to give this album four stars, because it seems to me like it doesn't have as many good songs as Devo's three other most classic albums. You may feel different though, and it certainly isn't a throwaway by any means. I would give it 4.5 stars if I could. Enjoy the energy and Devolution!!
続きを読む
2人のお客様がこれが役に立ったと考えています
役に立った
フィードバックを送信中...
フィードバックをお寄せいただきありがとうございます。
申し訳ありませんが、お客様の投票の記録に失敗しました。もう一度試してください。
違反を報告
レビュー を日本語に翻訳する

kevnlisa
5つ星のうち4.0 was how good these guys where as players
2017年5月22日にアメリカ合衆国でレビュー済み
Amazonで購入
One thing that stuck me about this, after not hearing it for 35 years, was how good these guys were as players. The jokey concept gets a little annoying, even if it's apparently becoming truer every day. De-evolution for sure. But the Spudsters were just a good rockin' band that was pre-occupied with sex. Meow! Meow! Meow! A PA sticker on a Devo album? Priceless!
続きを読む
2人のお客様がこれが役に立ったと考えています
役に立った
フィードバックを送信中...
フィードバックをお寄せいただきありがとうございます。
申し訳ありませんが、お客様の投票の記録に失敗しました。もう一度試してください。
違反を報告
レビュー を日本語に翻訳する

Pasko1
5つ星のうち5.0 So Strange...Yet So Compelling
2010年4月25日にアメリカ合衆国でレビュー済み
Amazonで購入
Understand that when this album was released in 1979, those of us who bought it -- on vinyl, with the "postcard" of the band on the cover perforated for removal -- were surrounded by a sea of slick, ponderous AOR mediocrity. Even the heretofore edgy Blondie released their "manistream" Parallel Lines album in the same year, complete with 'The Disco Song.' The spuds' sophomore effort is substantially more futuristic, warped, and in your face than their first album. Ditties like the odd but fathomable "Space Junk" and "Mongoloid" on 1978's Are We Not Men? have now devolved to songs like "Swelling Itching Brain" and "The Day My Baby Gave Me a Surprize."

This is not to say that the guitars and beats aren't there, as evidenced by their cover of "Secret Agent Man," both the remaster studio version and the bonus live version, but the band is, yes, more devolved. Instead of a standard post-punk rock band with an emphasis on synthesizers, they are now, with this album, becoming one of the first synthesizer bands crossing over into critical and commercial success.

For those who care about such things -- and I suspect the audience for this record fits the description -- the sound of this remaster manages to retain the late 70's/early 80's "sound," but with increased dynamic punch and more natural midrange.
続きを読む
30人のお客様がこれが役に立ったと考えています
役に立った
フィードバックを送信中...
フィードバックをお寄せいただきありがとうございます。
申し訳ありませんが、お客様の投票の記録に失敗しました。もう一度試してください。
違反を報告
レビュー を日本語に翻訳する

jmd123
5つ星のうち5.0 Man, it's been a long time!!!
2011年4月2日にアメリカ合衆国でレビュー済み
Amazonで購入
I had this album on vinyl back in the late 1980s, then recorded it on cassette so I could listen to it in my car. I haven't heard it in about 20 years, yet when I spun it over the last couple of days it sounded as fresh as ever!! A perfect second effort by DEVO coming betweeen the seminal Q: Are We Not Men? A: We are Devo! and Freedom of Choice, their masterpiece third album. What biting social commentary! And still oh-so-relevant today in this INSANE world of ours, it all still applies...the image of the man silhouetted by the flask and the atom, the motto "Duty Now For The Future" as the Japanese nuclear reactors melt down and the constant warnings about carcinogenic chemicals...these guys were WAAAAY ahead of their times and saw the future coming!!

"The Devo Corporate Anthem" sets the stage for the takeover of the world by the "multinational corporation"...leads into "Clockout" where we all can't wait for 5:00 p.m., then "Timing X" and Wiggly World"..."Blockhead", the ultimate corporate "square"... "SIB", a total nervous breakdown where "every picture in every magazine's gone REAL...every picture looks out and SCREAMS at me TOO REAL"...SCHIZOPHRENIA in the working man! "Smart Patrol/Mr. DNA": true to the DEVO vision! "Suburban robots that monitor reality"!!!

Jeff Ball
5つ星のうち5.0 Classic Devo
2014年4月11日にアメリカ合衆国でレビュー済み
Amazonで購入
It's Pretty simple with Devo You either love the band or you don't, very little middle ground here. Video Pioneers for sure and Audio wise Well ahead of their time Devo are a group who's early albums sound just as good today (from a Style standpoint) as they did back then. The Infinite Zero Version Has a few Bonus Tracks and sounds better sonically than any other version I've heard. Key Tracks include The Day My Baby gave me a Surprise and A Cover of Secret Agent Man. Cool music that stands the Test of Time Definitely worth a Listen.
続きを読む
3人のお客様がこれが役に立ったと考えています
役に立った
フィードバックを送信中...
フィードバックをお寄せいただきありがとうございます。
申し訳ありませんが、お客様の投票の記録に失敗しました。もう一度試してください。
違反を報告
レビュー を日本語に翻訳する
その他の国際レビューを読み込む

Rickydakimasu
5つ星のうち4.0 Duty Now (vinyl)
2013年3月6日にアメリカ合衆国でレビュー済み
Amazonで購入
I had this on tape as a kid, then iPod as an adult. Now I have it on vinyl and I like listening to the whole album start to finish rather than random songs on shuffle. It is better heard start to finish like it was intended. Highlights for me are Clockout, Blockhead, S.I.B, The Day My Ba--.....wait a sec, pretty much the whole album is good, what am I talking about. Okay, okay, low points for me on the album: Triumph of the Will! I hate that song, it is like a funeral dirge compared to most of the other stuff on this album.
続きを読む
役に立った
フィードバックを送信中...
フィードバックをお寄せいただきありがとうございます。
申し訳ありませんが、お客様の投票の記録に失敗しました。もう一度試してください。
違反を報告
レビュー を日本語に翻訳する

Steve
5つ星のうち5.0 Devo!
2016年12月19日にアメリカ合衆国でレビュー済み
Amazonで購入
Devo is one of my favorite bands. And when Warner Brothers released the remastered versions with bonus tracks, it was just not possible for me to pass up the opportunity to buy a fine album like this again! Duty Now for the Future
続きを読む
役に立った
フィードバックを送信中...
フィードバックをお寄せいただきありがとうございます。
申し訳ありませんが、お客様の投票の記録に失敗しました。もう一度試してください。
違反を報告
レビュー を日本語に翻訳する

Chris
5つ星のうち5.0 Back then they saw today better than many do
2013年5月18日にアメリカ合衆国でレビュー済み
Amazonで購入
I have become such a fan boy of their work over the years. So much crap comes out that doesn’t really say anything about the world around us but these guys do and in a way if you are paying attention makes you realize just how nuts “normal” things around you are. If the only song you know of them is Whip It give their other work a look, it is worth your time.
続きを読む
3人のお客様がこれが役に立ったと考えています
役に立った
フィードバックを送信中...
フィードバックをお寄せいただきありがとうございます。
申し訳ありませんが、お客様の投票の記録に失敗しました。もう一度試してください。
違反を報告
レビュー を日本語に翻訳する

Robert Keith
5つ星のうち4.0 Dude What A Monkey
2010年6月29日にアメリカ合衆国でレビュー済み
Amazonで購入
Yo im gonna complain cauz the vinyl is not pink the color i want it to be..............Nahhhhh im just kidding im not a little b%tch like that. As for the album it never sounded better.......Very punchy with nice and shiny keyboards,etc.... If you like this album and you dont mind that its on generic black vinyl (that was so stupid) then by all means get it.