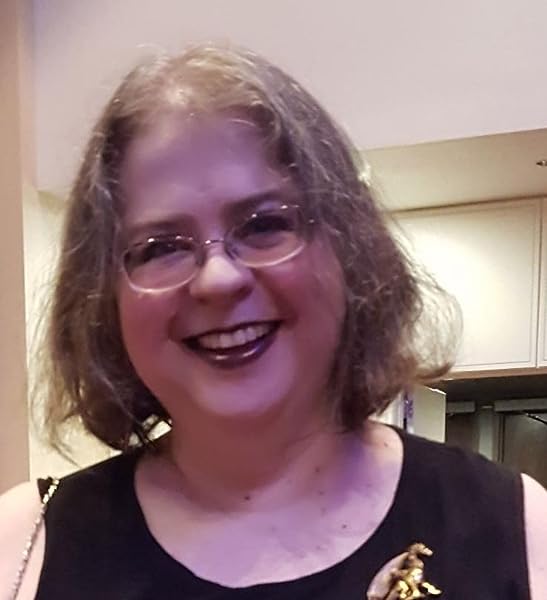 Interesting novella by Norilana headmistress Nazarian, a blend of fantasy and romance in the classical sense of the term (high adventure mixed with passion, rather than the passion-based stuff we know as romance today). Not without its flaws, but well worth your time nonetheless.

Rossian, the Duke of Violet, is the title character, the leader of one of seven duchies in the kingdom that is the world of the novel. Like his six compatriots, Rossian is incapable of leaving is castle, held in place by a curse from the Just King; none of the seven may leave, for reasons unknown. Rossian has his hypotheses, though, and they find themselves tested when a woman who claims to be an emissary of the Duchess of White shows up in Rossian's study bearing a box of bones.

The back of the book has a lot of words being thrown around that I'm not entirely sure apply to it, between it being called "erotic" ("disturbing" is far closer to the mark for the sexual scenes to be found here) and it being compared to Angela Carter, which is the tallest of orders (and obviously, I'm not holding it against Nazarian that someone blurbing the book was overzealous). The book's one problem, in my opinion, is the baroque language; you'd expect a book of just one hundred eighteen pages to be short, sweet, and to the point, but Nazarian is almost rococo in its application. That is a matter of taste, of course, and I'm sure many readers will find it as delightful as I find it off-putting. I certainly enjoyed this, and I hope others will discover Nazarian as well. ***

Kindle Customer
5つ星のうち5.0 A definite read
2009年7月7日にアメリカ合衆国でレビュー済み
Amazonで購入
This is an amazing story on every level. Vera Nazarian always produces stories that are as entertaining as they are well-written, constantly surprising you with each event although, once read, you wonder why you never thought of that. And you can't, you are not Vera Nazarian. No one brings so much power that a story seems like a myth that has been around as long as we have existed. No one else has her antic spirit, her deft turn of situations, her quick and lethal balance of protagonists. Nominated for a Nebula, this is the story that should have won.
続きを読む
1人のお客様がこれが役に立ったと考えています
役に立った
フィードバックを送信中...
フィードバックをお寄せいただきありがとうございます。
申し訳ありませんが、お客様の投票の記録に失敗しました。もう一度試してください。
違反を報告
レビュー を日本語に翻訳する

Jodi Davis
5つ星のうち4.0 Beautiful
2010年6月29日にアメリカ合衆国でレビュー済み
Amazonで購入
The story was unique and very beautifully done. As a novelette, I was ultimately unsatisfied. I wanted to know more about what the heck was going on outside and why - also far more resolution to Rossian's story.

BUT! That might have just been me - because it was all in keeping with the tone of the story. And I'm going to say that my dissatisfaction is actually a compliment because I really wanted more.