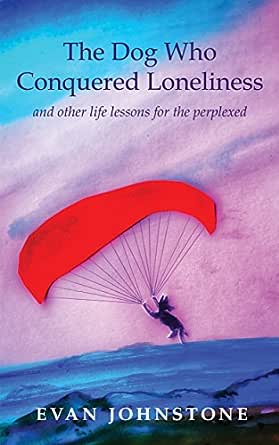 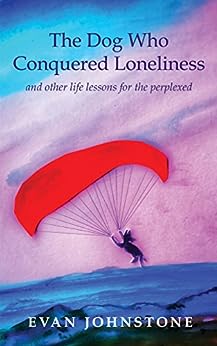 The Dog Who Conquered Loneliness: and other life lessons for the perplexed (English Edition) Kindle版

The Dog Who Conquered Loneliness and other life-lessons for the perplexed is a collection of short stories about a variety of outsiders, human and animal.

Some of the animals struggle to interpret the human behaviour they observe, while the others and the humans struggle to fit in to society by conducting inadvertently parodic attempts at living.

Loneliness is a recurrent problem for the characters, as is aspiring to an amorphous ‘more’ to their lives. Their aspirations are not satirised, merely thwarted by quirks of their own personalities, the indifferent hand of fate, or the general absurdity of the human condition. They are far from rebels, but are not quite comfortable in themselves or in the world.

In the world of these stories, a lonely dog achieves acceptance by excelling at hang-gliding, but is then carried across a distant range of mountains by freak winds and ends up lonely again; a lobster escapes from a tank in a Chinese restaurant but cannot find a fulfilling career; a mouse loves browsing in bookshops and deeply regrets his inability to read; and a sheep loses his mobile phone and immediately becomes invisible to the rest of the flock.

The events that befall the characters may be absurd or fantastical, but these imaginative tales of misfits are united by striking images, an ironic and individual narrative voice and dark humour, presenting a satirical view of the world we live in.

Evan Johnstone was born in Sydney and still lives there. He collaborated with Peter Fairlie on Simply Living Magazine's 'Worried Animal Calendar 1987'. In 2001 he published Abandoned Places, a collection of short stories, and in 2010 Miloslav Navratil's Prague Calendar, containing an introduction to a non-existent Czech author and photos of Prague with captions from Navratil's work.