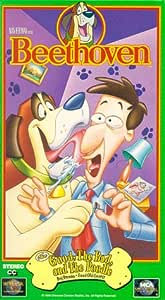 BM2662
5つ星のうち2.0 Five star movie with a terrible blu ray transfer
2019年7月19日に英国でレビュー済み
Amazonで購入
This is a review of the 2014 blu ray release which is based on a 2k print
I have the 2010 bluray which looks even worse than the 2014 release
The movie surely deservedba much better remaster than this.
The main problem is that the print is heavily coloured to make it more modern. The result is a dreadful looking bluray.
Also the 2014 release is the full length version with all deleted scenes restored. There's a very good reason these scenes were deleted. They are dreadful and add nothing to the movie
This movie is a classic but has been given a shameful remaster.
What is it with using teal these days? Midnight cowboy was recently ruined by being saturated with teal as os the big lebowski 4k bluray.
As for the good the bad the ugly.
Will be ever see a decent remaster?
続きを読む
3人のお客様がこれが役に立ったと考えています
役に立った
違反を報告
レビュー を日本語に翻訳する

Old film so some grain but never the less still quite sharp picture. On my Home Cinema the sound quality is better than tv sound although not as good as a recent film would be but considering how old the film is that is to be expected.

Amazon Customer
5つ星のうち1.0 Damaged goods
2018年12月7日に英国でレビュー済み
Amazonで購入
Only got 2 minutes into the opening title sequence and then the film wouldn't play. Description mention condition as good. But it is so bad it won't even play. I can only throw it away or try to return it. 2nd time this has happened so why goods are not checked before they are sent is only going to produce unhappy customers
続きを読む

aharris
5つ星のうち2.0 Disappointing Blu release from Kino Lorber
2019年7月27日に英国でレビュー済み
Amazonで購入
Excellent delivery service--it arrived ahead of schedule--but the release itself is awful. I would urge diehard fans of the movie to avoid this edition, and buy an old Region 1 MGM DVD instead. I bought this hoping to get a definitive HD print of the theatrical cut of TGTB&TU and am seriously thinking of returning it. It has the theatrical cut on Disc 1, however:
*it has a strange, sandy-coloured hue and the image is too bright/washed out
*it has all the updated sound effects from MGM's restoration instead of the original 'spaghetti western' pistol effects (these can be heard on the Italian language track)
This is a very disappointing release of one of the all-time great movies.
続きを読む
2人のお客様がこれが役に立ったと考えています
役に立った
違反を報告
レビュー を日本語に翻訳する

Andyvon
5つ星のうち5.0 The Special Edition DVD - arrived on time and in perfect condition.
2016年11月2日に英国でレビュー済み
Amazonで購入
This is the 2004 Special Edition DVD which includes an extra 18 minutes of scenes which were cut from the earlier releases. My copy arrived in perfect condition just two days after placing the order. It's brand new and still wrapped in cellophane. The price is good too so I'm very pleased with this product and the great service from the vendor.
続きを読む
3人のお客様がこれが役に立ったと考えています
役に立った
違反を報告
レビュー を日本語に翻訳する
その他の国際レビューを読み込む

The extras on this special edition DVD will please the fan who wants even more. I'm a word, perfect!
続きを読む
4人のお客様がこれが役に立ったと考えています
役に立った
違反を報告
レビュー を日本語に翻訳する

C Austen
5つ星のうち5.0 BLONDIE! YOU'RE A SON OF A "AHHHHHHH!"
2019年10月27日に英国でレビュー済み
Amazonで購入
One of the best Westerns ever made and starring fantastic actors like Lee Van Cleef & Clint Eastwood, and who can forget Eli Wallach as the dastardly Tuco. Everything from the story to the soundtrack to the epic Mexican Standoff gunfight this film is a masterpiece of cinema and one of my all time favourite Westerns.
続きを読む
役に立った
違反を報告
レビュー を日本語に翻訳する

Amazon Customer
5つ星のうち5.0 The best version
2018年8月23日に英国でレビュー済み
Amazonで購入
First class western. The full length version fills in some of the answers to the questions the other shortened versions had. Very interesting second disc on how the film was made; how close Clint and Eli came to being blown up. Health and Safety, what's that?
続きを読む
1人のお客様がこれが役に立ったと考えています
役に立った
違反を報告
レビュー を日本語に翻訳する

Milt M. R. Ingarfield
5つ星のうち5.0 The Good the bad and the ugly...
2010年3月12日に英国でレビュー済み
Amazonで購入
Sergio Leone's final part of his man with no name story played by Clint Eastwood who is ably supported by Spaghetti western legends Lee Van Cleef and Eli Wallach who play for all their worth in this epic story set at during the Civil War in America this version has had 18 minutes of footage restored to the running time, this restoration called for the two surviving actors Eastwood and Wallach to return to the dubbing studio to redo their dialogue tracks you will probably hear how much Wallach voice has changed with age.

The story starts as a bounty hunt and ends up being a race to a cemetery to find a hoard of stolen gold all the while Leone's partner in film making Ennio Morricone supplies the soundtrack to the genre defining images which have been copied by everyone in some way who made a western after this, there is a Quentin Tarantino quote of the front of the card slip case of this edition which says "Cinematically Perfect" I have to totally agree this is arguably the best Western made with "Once upon a time in the West" a close second.

This DVD is in 2:35 aspect and now has an excellent 5.1 surround track which makes the bullets fly and the music really stand out I wonder if the Blu-ray version released in the U.S. is any better?
続きを読む
2人のお客様がこれが役に立ったと考えています
役に立った
違反を報告
レビュー を日本語に翻訳する

Alpy
5つ星のうち5.0 How to project a perfect new 35mm ...
2016年11月3日に英国でレビュー済み
Amazonで購入
This Blu-Ray remastered resulting from 4K scan OCN, can finally see the Leone film with a truly film-like appearance, with well resolved beautiful film-grain and colors, and really beautiful film. How to project a perfect new 35mm print. The tendency to yellow that seemed to be some screenshots is present only in a few scenes of outside. All colors are present in a rich and vibrant palette. No digital artifacts. Too bad no Italian audio.
続きを読む
4人のお客様がこれが役に立ったと考えています
役に立った
違反を報告
レビュー を日本語に翻訳する
その他の国際レビューを読み込む

Bernard Mc
5つ星のうち2.0 Well remastered
2019年7月13日に英国でレビュー済み
Amazonで購入
However, quite a lot has been cut out...... The prologue is missing and the 'Shorty Scene' is completely missing... With these missing it is impossible to see the significance of the Film.... The Prologue shows the Good, the Bad & the Ugly and the play-out of their rôles..... The 'Shorty-Scene' is showing the Good and the Bad in inter-play, and is totally removed.... These two episodes removed makes the Film impoverished..... B McN....
続きを読む
役に立った
違反を報告
レビュー を日本語に翻訳する

Dave Hart
5つ星のうち4.0 A great addition to any dvd library
2018年10月24日に英国でレビュー済み
Amazonで購入
Can't count how many times I've seen this and still love it. Sold my vhs copy many moons ago and good to have it back on the shelf again. Eli Wallach is titanic here.
続きを読む
1人のお客様がこれが役に立ったと考えています
役に立った
違反を報告
レビュー を日本語に翻訳する

Lou Knee
5つ星のうち5.0 Cinema at its unfettered, charismatic best
2009年7月18日に英国でレビュー済み
Amazonで購入
A long way short of being considered realistic, by any stretch, this pales into the dusty yonder as Clint and co. combine in maverick Leone's creative masterpiece that just goes on and on impressing. The massive scope of the film, trying to be an epic and succeeding with ease, the David Lean like landscape cinematography that sometimes makes you feel you are there in the desert heat, are impressive to say the least. You have a fine, stylistic, laconic screenplay which gives way to little bursts of melodrama here and there, and you have three very good visual actors in their own different styles. Then you have one of the most utterly memorable filmscores ever written which sums up the character and style of this sizzling movie so well. It is one of the greatest pieces of cinema ever made, it has such a presence and sacks and sacks of charisma. A stunner.
続きを読む
1人のお客様がこれが役に立ったと考えています
役に立った
違反を報告
レビュー を日本語に翻訳する

Pete
5つ星のうち4.0 good but incomplete
2014年1月4日に英国でレビュー済み
Amazonで購入
I don't have to praise it for those who love this movie. What disappointed me was only that the scenes which were not usually included in the cinema version were in Italian. I refer especially to the scene where Angel Eyes comes upon the Confederate deserters' encampment and asks about Bill Carson... after giving a bottle of wine to the exhausted deserter, he is told that if Bill Carson is still alive, he'd be in Batterville prisoner of war camp. It was unfortunate that this scene was omitted from most versions, because without it we have no explanation of why Angel Eyes was in Batterville and reading out the name Bill Carson at every roll call.... I assume it was originally cut to suit cinema timetables in the 1960s, when the projectionists and customers had to get the last bus home.... but it was a bad mistake to cut out that pivotal scene. That's my only gripe.
続きを読む
1人のお客様がこれが役に立ったと考えています
役に立った
違反を報告
レビュー を日本語に翻訳する

Scott
5つ星のうち5.0 Classic
2016年1月30日に英国でレビュー済み
Amazonで購入
Classic Clint Eastwood - He has made some great movies over the years but The Good, The Bad, and the Ugly has to be up there with his best. Great film from start to finish, and has probably one of the most memorable scenes of all Western classic movies of all time in it.
続きを読む
2人のお客様がこれが役に立ったと考えています
役に立った
違反を報告
レビュー を日本語に翻訳する