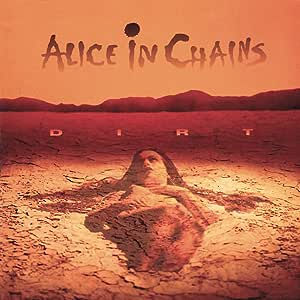 Alice in Chains were initially tagged with the "grunge" moniker, when in fact their haunting, ponderous sound was far closer to the progressive rock of Queensryche. Their second album, Dirt, is a moody, portentous affair, filled with occasionally inspired riffing from guitarist Jerry Cantrell and hair-tossed wailing from singer Layne Staley. Perhaps the band got lumped in with Generation X because their lyrics focused upon depression, death, and drugs. Certainly, titles such as "Down in a Hole," "Junkhead," and "Hate to Feel" didn't leave much room for doubt as to Cantrell's perspective. The quartet did have a slightly lighter, almost poppy side to them, though, as "God Smack" and "Hate to Feel" indicate. Ultimately, Dirt is classic angst rock. --Everett True