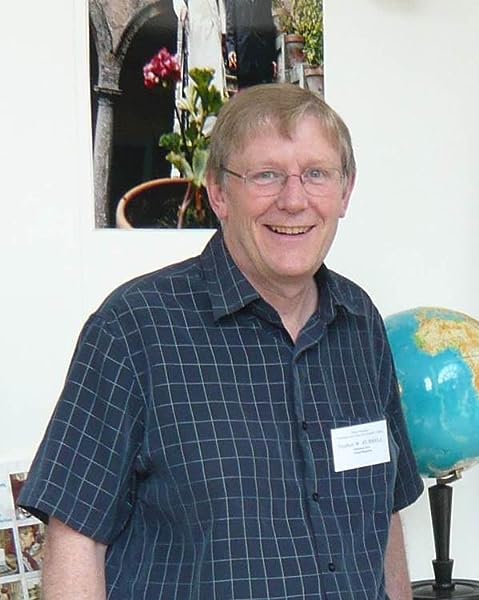 ..".this is an original work rather than a re-presentation of existing knowledge..." Geology Today

"Stephen Hurrell's book (proposes) an increasing gravity throughout geologic time. Its clear and lively descriptions lead the reader straight to the core of the arguments" Professor Giancarlo Scalera

"Hurrell [has] shown dinosaurs' bones could not have borne their weight" Professor S. Warren Carey

"surface gravity during the Permian was ... precisely what you are suggesting ... much reduced surface gravity would have benefited their existence and mobility immensely" Dr James Maxlow

"Like many such independent thinkers ... we can understand the huge size of the Dinosaurs" Professor Lance Endersbee

..".has written a landmark book that will still be read and cited 100 years from now" William Erickson

..".finally gives compelling universal answers as to why giants existed back 'then' and not 'now'." David de Hilster

Amazon Customer
5つ星のうち5.0 A comprehensive look at the evidence...
2018年8月21日に英国でレビュー済み
Amazonで購入
A well reasoned book on a controversial theory...
In his book he goes through many levels of evidence that strongly supports the Expanding/growing Earth...
The evidence in support of this theory is greater than the evidence for the Continental drift theory that sadly has been accepted by mainstream science....
This theory should at least get equal respect with the Continental drift theory and deserves more research...

C. Kelly
5つ星のうち5.0 Finally, a good explanation for why tyranasaurus rex was as scary as it looks
2013年8月13日に英国でレビュー済み
Amazonで購入
This book clearly explains the reason why dinosaurs were so successful for so long in spite of their giant sizes. Theories about carnivorous (and vicious looking!) dinosaurs being scavengers have been widely accepted by scientists because otherwise the giants would be far too big to move effectively about the planet. The author gives a much better explanation using concepts which elegantly apply to the scale of all land life, including birds, insects and plants over millions of years. Due to his findings he rejects conventional plate tectonics in favor of an expanding earth for compelling reasons which he explains clearly. Whether or not he is right, the questions he raises appear to be side-stepped by conventional theories and deserve a better explanation in light of this work.
続きを読む
2人のお客様がこれが役に立ったと考えています
違反を報告
レビュー を日本語に翻訳する

Dom
5つ星のうち5.0 A wide ranging book
2013年1月20日に英国でレビュー済み
Amazonで購入
I read this as a layman, it is a very convincing look at the evidence for expanding earth. In the first part of the book Stephen looks at the observed scale of life and observes it has been decreasing over several hundred million year for all forms of life. The second part of the book looks at all the geological evidence. The third part focuses on the reasons for earth's expansion, in which he favours a theory of accretion, claiming that matter from space falls to earth and ends up in the ocean where it is later subducted into the mantle (my very crude summary). I wasn't entirely convinced by this, it was hard to envisage that amount of material could fall to earth and be subducted into the interior.

Don't let the title mislead you into believing this book has a narrow focus, this is a very wide ranging thorough analysis of expanding earth theory!

DuVall
5つ星のうち5.0 A Logical, Sensible Answer to an Enigma
2015年10月19日にアメリカ合衆国でレビュー済み
Amazonで購入
NOT kindle, I purchased a solid hardback book.

Over 65 million years ago the Earth gravity was one third of today's. What produced this change in gravity?

According to this and other publications on the subject the evidence leads to the fact our planet and most probably all celestial objects have slowly undergo a natural process of growth and expansion.

This, the only logical theory of the extinction of the dinosaurs, is based on the idea that the growth of the hollow orb along million of years increased the size of the seas and gravity and as a result the dinosaurs' weight and their difficulty of movement. That a heavier and larger planet slowly restricted their possibilities to survive and evidently all life, including most flora and fauna and even insects, to adjust to a stronger gravitational force, gradually along eons became smaller and lighter.

This is a well-researched, thrice revised, profusely illustrated, a logical and sensible theoretical postulation by an engineer who knows the exact meaning of the ratio between gravity versus size, mass, volume and weight.

RC
5つ星のうち4.0 Excellent Introduction To the Subject
2019年7月8日にアメリカ合衆国でレビュー済み
Amazonで購入
This is a great book to gain an overview in the correct sequence, from the scale of life argument to the geological evidence for earth expansion/growth. It's very readable and the author uses simple high school math that is obvious once you're clued in to be looking for it, and that's the rub. You can be the most intelligent and lettered person in the world but if you can't see what is right in front of your eyes than all that brain power is totally useless. That really is the history of science and progress, isn't it?
続きを読む
1人のお客様がこれが役に立ったと考えています
違反を報告
レビュー を日本語に翻訳する
すべてのレビューを参照します
Amazonプライム会員ならお急ぎ便、日時指定便が使い放題
さらに、映画もTV番組も見放題。200万曲が聴き放題 。クラウドに好きなだけ写真も保存可能。
> プライムを無料で試す