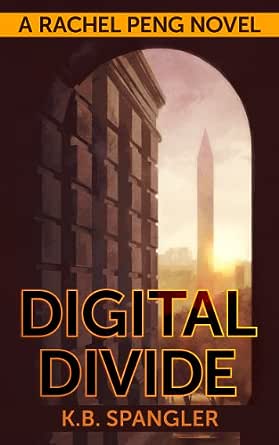 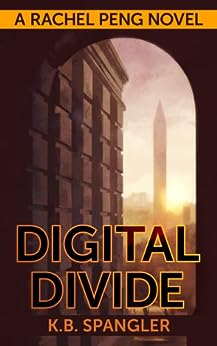 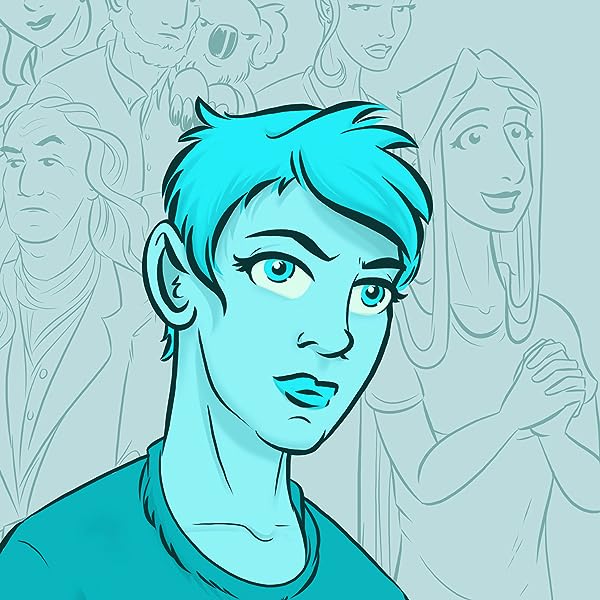 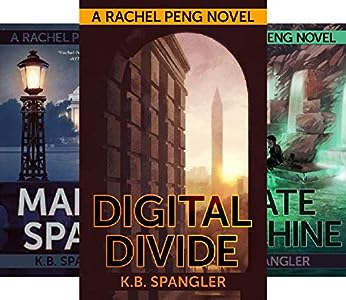 K. Fearon
5つ星のうち5.0 A bit of a revelation
2014年10月9日に英国でレビュー済み
Amazonで購入
I often buy books based on recommendations and on alternate suggestions in Amazon reviews, so I got this having never heard of the author or her world before. I read the first chapter straight away, and [not a spoiler] it ends with a gruesome murder. That put me off so much I put it away and didn't pick it up again till I had a long train journey.

The first chapter had led me to believe the whole thing would be a violent gore-fest, not my thing at all. But this is a very well written SF novel - again not really a genre I ever read. It doesn't contain anything more violent than the first chapter and is a well-plotted and well put together novel by someone who can really tell a story. It has a strong human interest element and the author has either researched the worlds she writes about in depth, or knows them from personal experience. I'd guess the latter, because it seems so natural.

I couldn't recommend this much more. Give this a chance even if it's not your usual style.
続きを読む
違反を報告
レビュー を日本語に翻訳する

Kindle Customer
5つ星のうち5.0 Excellent sci-fi in a very deep world
2013年5月7日に英国でレビュー済み
Amazonで購入
Digital Divide is a story set in a world where OACET, a US government agency has experimented with its volunteers. Each Agent had a chip implanted in their brain, ostensibly to make them cyborgs that can control technology, share information and communicate instantaneously. That's how it was advertised to the government, but the people in charge knew that it meant access and control to *any* technology, without a need for passwords, clearance or physical presence. Needless to say, this presented a small security risk and the shadowy cabal behind the scenes hobbled the Agents with flawed software that drove them to the brinks of sanity while offering them heavy medication to make the pain stop. The plan was to end up with 500 cyborgs who had destroyed their personalities and were shattered, obedient husks of themselves. Ultimate technological power, under control of the people giving the orders.

Enter Rachel Peng, 5 years after the program began, as a liaison to the DC police. The world has become aware of the cyborgs and is slightly uneasy that they can access any system, including bank accounts, credit agencies and the nukes. The fact that they don't want to nuke anyone seems slightly irrelevent to the panicked, prejudiced people they face and Peng is on the front line, trying to prove that the cyborgs can be helpful, productive, law-abiding members of society, all the while trying to cope with the fact that they have all been damaged during the 5 years of abuse and none of them are anywhere near normal anymore.

And that's when the deaths linked to OACET start turning up.

The book is an enthralling read and difficult to put down. It shows off a very deep and well-built world without ever burying you in backstory and the characters are likeable and well-rounded. Recommended for mystery, crime and sci-fi fans alike.
続きを読む
違反を報告
レビュー を日本語に翻訳する

M. J. R. ORTON
5つ星のうち5.0 Hard Sci-Fi or Fantasy - probably both!
2016年9月2日に英国でレビュー済み
Amazonで購入
This is quality hard Sci-Fi, but the main character doesn't know she is in a Fantasy world.

As a reader you will only spot the fantasy intrusion if you know the rest of the author's books or the graphic novel available online.

I think this trilogy is excellent, but if you are looking for the Hope Blackwell urban fantasy bit, you will be disappointed. Only her husband is active here.
続きを読む
違反を報告
レビュー を日本語に翻訳する

Now, I purchased 'part I' when in was released... Partly as I knew the author's other work (AGAHF)to have some rather interesting world-building behind its story, and her Flying by Night blog demonstrated the ability to be witty in whole paragraphs of text. However I wasn't expecting much, as isolated highlights do not a novelist make.

A brief scan of the text turned into ripping through the entire thing in a single sitting and being seriously annoyed that there was no more available. To avoid repeating this angst, I waited until the full novel was available before buying again. Damn good decision, this is an great read and I would have been very annoyed to encounter any more breaks than I had to!

Overall, this is a cracking book and well deserving of the rating I gave it. I'd highlight that it has a very well constructed world reacting realistically at various levels to disruptive human enhancement technology (limited to a small pool of users), focused on a single representative of this technology in a liaison position with the Police. Big coherent worlds are a surprisingly rare thing in literature, and ones with individual humans lovingly rendered rarer still; this hits both. Totally worth a read.

PS. So very, very much better than the godawful Kindle 'Product Description' would have you believe.
続きを読む
1人のお客様がこれが役に立ったと考えています
違反を報告
レビュー を日本語に翻訳する

Bronks
5つ星のうち5.0 Gripping, digital page turner.
2013年5月1日に英国でレビュー済み
Amazonで購入
Finishing Digital Divide was like spending the weekend at a friends house and not wanting to say goodbye. Sure Rachael will turn up again in the main story on AGirlAndHerFed, but spending the time in her brain is something I'll miss greatly. The way it wove into the established story was seamless, and I don't really have the words to say how good it was. Not only that but I'm positive you could read and love every character and line without even ever having seen AGAHF. A a debut novel it's sublime, and I look forward to her next.

Peng's lack of wit and deep neuroses make her a very likable character. Her flaws and humanity were nicely done, given that even with her Cyborg god status, she still ends up almost wrecking her knees.

The Plot is to wonderful to condense. But it is an age old thriller mystery that will keep you guessing all the way. Definately worth the money, if not more. Now if you'll excuse me I'm off to buy the other short stories from the website, as I'm jonesing for another fix of Spangler's goodness.
続きを読む
違反を報告
レビュー を日本語に翻訳する
すべてのレビューを参照します
click to open popover
Amazonプライム会員ならお急ぎ便、日時指定便が使い放題
さらに、映画もTV番組も見放題。200万曲が聴き放題 。クラウドに好きなだけ写真も保存可能。
> プライムを無料で試す