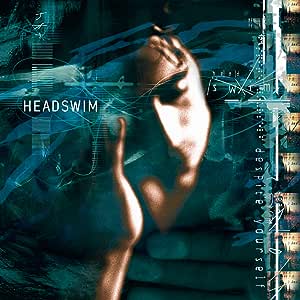 LM BUTCHER
5つ星のうち4.0 A fantastic re-discovery
2011年1月21日に英国でレビュー済み
Amazonで購入
What a beautiful, haunting, melodic, ethereal album this is. Comparisons with Radiohead are obvious but, in my opinion, misplaced. For one, Dan Glendining's voice is easier on the ear. Headswim are also less ostentatious and, dare I say, less pompous, albeit it at the expense of drastic experimentation. "Tourniquet" was the lead single and I remember buying it back in 1997 (or 1998). Quite why I didn't buy the full album is anybody's guess. Back then I was in my first year of uni and can only assume a few pints of lager were more appealing. Well, more fool me. Listening to "Despite Yourself" in 2011 I'm pleased to say that this album stands the test of time; and there's much more to this album than just "Tourniquet". "Hype" is defiantly 90's but still great; "Clinging to the wreckage", "Better made" and "Wishing I was Naïve" form a pleasant song cycle; while "Holy Ghost" offers a twist on waltz-y, 60's folk. Album rides out on a high ("Moving on") and then even higher ("Brother") emotional wave, which presents a cathartic outpouring based on the Glendining brothers' then-recently deceased brother. All-in-all, a fantastic re-discovery.
続きを読む
1人のお客様がこれが役に立ったと考えています
役に立った
フィードバックを送信中...
フィードバックをお寄せいただきありがとうございます。
申し訳ありませんが、お客様の投票の記録に失敗しました。もう一度試してください。
違反を報告
レビュー を日本語に翻訳する