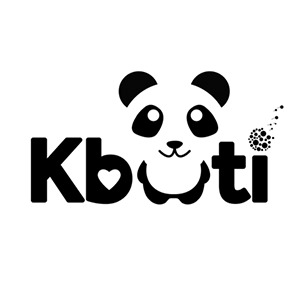 Flying high at thirty thousand feet in the air, all Hayley could think about was how she needed thirty thousand tails injected into her and only two feet in the air. She was on her way to Melbourne to meet Mr Stork her sperm donor in the flesh whom she had found on Facebook. This trip was a stark contrast, or should I say, a stork contrast, from her plane ride back to Australia after she broke up with Ian. He was the guy that held onto her during her rapidly depreciating final fertile years. He was the one who was supposed to put a ring on it. Instead, he gifted her the middle finger as she rolled towards middle aged.

This is when she completely came undone. She had been living in Los Angeles feeding her entrepreneurial spirit with grandiose thoughts and a lifestyle vision that was so sweet even Michelin Star chefs wanted to taste it. Completely absorbed in her Hollywood bubble, she failed to acknowledge the looming biological deadline creeping up on her. Living in a place where botox and big dreams turn back time and every man is a Peter Pan, ageing drifted through time just as each hour slid by sipping the next cocktail at another fancy rooftop bar. It was a young girl's dream. However, she was no longer one.

Approaching 40, she knew she was in deep caca with the ticking hands of the biological clock. So she set off on a quest to have a baby solo. But when three IUI's failed her and she was labelled medically infertile, she got creative to find another solution. Dr Google helped her stumble onto the IVF underbelly - The internets known donor factory. It didn't take long for her to hook, Mr Stork, a fellow middle-aged man whose uberous sperm could impregnate a nation. She jumped on a plane to meet him and two weeks wait later it was revealed that one speedy tadpole had indeed been the victor. She's now a mother to a gorgeous baby boy.

A true story about an often sensitive, if not taboo, topic that is merged seamlessly with information about medical and natural therapies, this is an emotional journey that elaborates on the many heartbreaking and inspiring techniques.

Hayley is a TV producer, health coach and now a mother and author.

Anon
5つ星のうち2.0 Out of touch, snooty, over priced
2019年6月7日 - (Amazon.com)
The style is jaded, the author is snooty and out of touch with the needs of women actually seeking a donor, as evidenced not just by the style, but also by the high price tag for a book that is padded out with extraneous material. This book offers nothing that is not available in many free documentaries (most recently the 60 minutes Australia special on Joe Donor is much more informative and free). You can even find this authors story for free online.
続きを読む