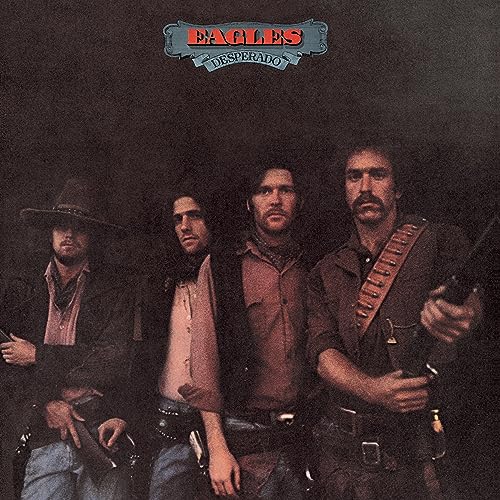 Gary
5つ星のうち5.0 Outlaw Man
2017年2月15日に英国でレビュー済み
Amazonで購入
Wow when I first heard this many years ago it was something completely new to me as a teenager in the UK. My preference has always been for American bands (with a couple of exceptions). This always reminded me of the cowboy scene with rock/folk songs and don't think there has been anything done similar. Some great soft rock which explodes into some really rocking songs-one of the Eagles best/
続きを読む
違反を報告
レビュー を日本語に翻訳する

Let There Be Drums
5つ星のうち5.0 Before they went Hollywood
2013年3月17日に英国でレビュー済み
Amazonで購入
Fans of Hotel California might be surprised at the country rock sounds on this earlier Eagles album. Bernie Leadon was still in the band and his bluegrass influence can be heard on a number of the songs, such as Twenty One, although there are also rock influences on Out of Control and Outlaw Man, and there's room for a very nice waltz too - Saturday Night - a recurring theme on Eagles albums with Take It To The Limit, Hollywood Waltz etc. Desperado dates from the era of concept albums, and the theme here is rock band as outlaws of the old West. As ever, the harmonies are superb, and don't forget the classic Desperado and Tequila Sunrise. Classic is an overused word but this is a classic album.
続きを読む
1人のお客様がこれが役に立ったと考えています
違反を報告
レビュー を日本語に翻訳する

Ger Barrett
5つ星のうち4.0 Eagles at their best
2021年4月20日に英国でレビュー済み
Amazonで購入
What a great album, had this in my collection in some form or another ( VINYL, CD, & TAPE) but it's great to get it on Vinyl again, not a bad track on here.
続きを読む
違反を報告
レビュー を日本語に翻訳する