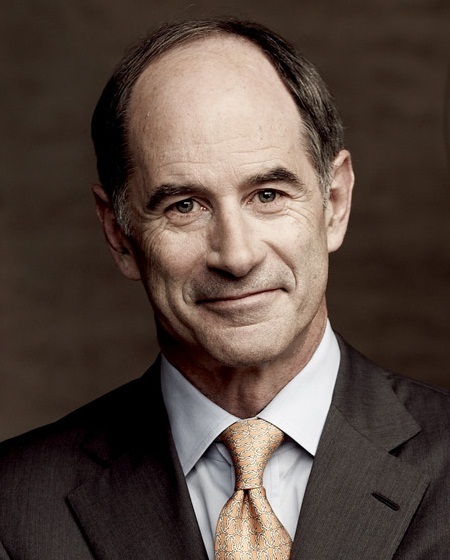 … among the most fundamental and comprehensive books ever written about the subject of business design and design thinking. — Business Design Association, November 2nd, 2009

…for readers interested in the processes of design…there are some interesting bits of detail and discussions on how exactly this is done. - The Financial Times, October 15, 2009

Insightful analysis of a hot management trend, useful for executives of all levels. —BusinessWeek, October 26, 2009

…a tough-minded elegant survey of why design thinking shouldn’t be considered some soft thing that’s nice for business at the edges but not necessary at the core. —MIT Sloan Management Review, Improvisations blog, October 2009

...offers thoughtful and valuable insight for all managers, and concludes with important instructions for individuals who want to become design thinkers. An excellent book. -Booklist, October 15, 2009

Roger Martin is dean of the Rotman School of Management at the University of Toronto and a professor of strategic management at the school. He authored The Responsibility Virus, The Opposable Mind, and many articles in leading business publications including Harvard Business Review, BusinessWeek, Fast Company, and Barron's.

T.Chikara
5つ星のうち5.0 Eye-opening concept
2012年9月26日に日本でレビュー済み
Amazonで購入
I was very impressed with the content. Design thinkers tend to balance validity and reliability. This reading actually made me feel strongly about the cases where I would unconsciously ignore validity once I believe I have statistical evidence as reliability. Running on traditionally created algorithm guarantees reliability, which sounds easy and good, but purely hinging on that type of algorithm eventually won't work once environments endorsing the algorithm changes. This kind of knowledge gained through the reading sure is easily applicable on a daily basis, so that I strongly recommend you read it.
続きを読む
役に立った
コメント 違反を報告
レビュー を日本語に翻訳する
すべてのレビューを参照します

The author values repeatability and uniformity. He loves "algorithms". Design is a problem that "leaders" (constantly referenced) have to confront before they can get on with their lovely uniform repeatable processes.

Imagine reading an introduction Art that viewed it as problematic and disorderly. It's that bad.

Olly Buxton
5つ星のうち4.0 A wishful prayer from a pragmatist
2010年12月4日に英国でレビュー済み
Amazonで購入
This is a short book with some big, and very good, ideas. The problem is, it could have still been shorter - the concept I felt I'd got from the first chapter, and very little is done with it. This is partly because the idea is self-explanatory, and it's either something you'll instinctively take to (if you're disposed to "design thinking"), or won't.

The thesis, broadly stated, is this: there are three main "phases" any business proposition:

* "mystery" : when an intuition nags at an inventor: the germ of a problem (and more to the point its solution) suggests itself and there is no orthodox means for solving it - here is the maximum opportunity for those who can (think of a young Ray Kroc (later of MacDonald's) thinking "how do I build scale in my hamburger joint?");

* "heuristic": when you've figured out a potential solution that does the job, but you don't necessarily understand the full implications and possibilities and boundaries of the solution; and

* "algorithm": where both the problem/opportunity and the solution are fully understood, and the solution has been - or can be - maximally commoditised and automated: the only question is efficiency.

Roger Martin's presentation is a convincing as far as it goes: I dare say the boundaries between the three phases are porous, and Martin is convincing that there is a reflexive quality to the propositions: the more they are solved, and the more the richness of an offering is stripped to its essential superstructure, the lower the barriers to competition, the slimmer the margins, and the more compelling the need to look for other mysteries.

It won't do, therefore, to settle on your mystery, drive it down the "design funnel" as hard and fast as you can, and relentlessly and mindlessly tweak the algorithm to make it run faster. Your own behaviour, if successful enough, itself will present opportunities for others: witness MacDonald's versus, say, Subway or Starbucks. MacDonald's algorithm stripped away "extraneous" considerations like healthiness, "coolness", freshness and so on. So Subway was able to differentiate itself on food quality, and Starbucks on the delightful hipness of actually visiting the store (it seems extraordinary in hindsight, doesn't it!). MacDonald's was forced by its competitors back up the funnel to consider other offerings.

The idea is intuitive and makes a lot of sense. Particularly in a large organisations there is a tendency towards "backward looking" data, regression analyses and the tried and true: "no one ever got fired for buying IBM" was a truism when I was a youngster. But the passage of time illustrates the corollary of that truism as well: no-one revolutionised their business by buying IBM either. And that, says Roger Martin, is what design thinking makes possible.

It is certainly my experience that large organisations tend to "reliability" rather than "validity" thinking, and are so keen on moving to algorithm stage that they are inclined to skip the "heuristic".

So some gripes: Firstly for a short book with an attractive big idea, it was rather hard to keep focussed on it. Something about Roger's writing style is pretty disengaging. I'm not entirely sure what it is: partly I think he takes a simple idea and fairly harshly beats it to death with self-serving examples: there are extended case studies of Proctor & Gamble, Target, and Research In Motion, all of which he was closely involved with. RIM in particular seems a fairly poor example: yes, they had a big idea and commoditised it (isn't that what all successful businesses do?) but their subsequent performance has been underwhelming, as they've been unable to withstand the march of the smart phones, and while they're still the dominant player in the business market, they seem to be slowly but surely withering on the vine in the consumer space. (This week they've launched a post-emptive strike against the apple iPad: you sense too little too late).

On the other hand, Roger's take on the underlying philosophy of design and business development is polymath enough to take in pragmatists like Dewey and Charles Sanders Pierce. Being a fan of Richard Rorty and the post-modern philosophers this went down well with me and struck me as a solid basis for the common sense contained in the book: in a contingent, ironic and pragmatic universe, where priorities, economic conditions, consumer preferences and political orthodoxies change like the wind, big, fast, dumb, inflexible machinery seems like a poor suit to be long in. The relentless preference for algorithms (mechanical, reliable) over heuristics (logical, but requiring interpretation and judgment) seems so blindingly obvious that it's a wonder so much of corporate enterprise is so blind to it. Being a design thinker is not easy - certainly, translating your unorthodox point of view to an anally retentive business analyst requires powers of persuasion not all of us have ("use lots of analogies!" Roger cheerfully advises) and you wonder whether design thinking - utopian an idea though it might be - is one that will generally get nowhere near the beating heart of your average multi-national.

Caufrier Frederic
5つ星のうち5.0 Better written than `The Opposable Mind by the same author
2010年7月9日に英国でレビュー済み
Amazonで購入
'The Design of Business' will give you a good basic overview on why design thinking is the next competitive advantage. It covers the fine balancing act between validity and reliability, or combining intuitive thinking with analytical thinking to get design thinking.

The concept 'design thinking' is not a new concept actually but it is here nicely introduced with all its benefits together with powerful business cases to illustrate the importance: P&G's "Connect + Develop", Herman Miller, Target, IDEO, RIM, Cirque du Soleil, and many others.

For the moment analytical thinking still runs the corporations so there is indeed some window for improvement on the level of business thinking, innovation, decision making and strategy. In this respect the author is convincing towards the reader to stimulate his/her thinking skills towards design thinking.

There is a little bit of focus on recruiting Masters of Fine Arts graduates into the business, although it has been overlooked by the author that there are already many design thinkers out there in business.

P. Janeiro
5つ星のうち2.0 Failed attempt to explain Design Thinking
2012年6月11日に英国でレビュー済み
Amazonで購入
Design Thinking in a business context is something really hard to explain to someone who did not experience it. I would expect the Dean of Toronto's Rotman School to achieve it, but that was not the case. Martin's text is difficult to read - the book lacks a solid structure, and it misses the essential - to explain Design Thinking. I had to read a couple of chapters twice, because the ideas are just so confusingly presented that I was left wandering about what the chapter was all about..

The case study on Procter was good reading (I would recommend a web search on Claudia Kotschka videos to get some more depth about it) but it does not save the book.
続きを読む
2人のお客様がこれが役に立ったと考えています
違反を報告
レビュー を日本語に翻訳する