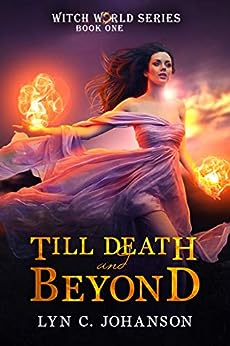 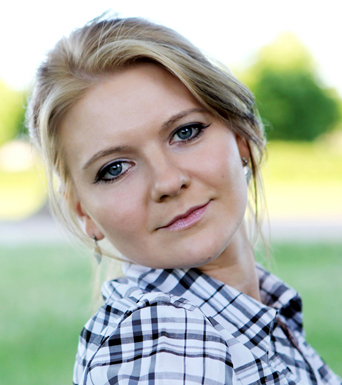 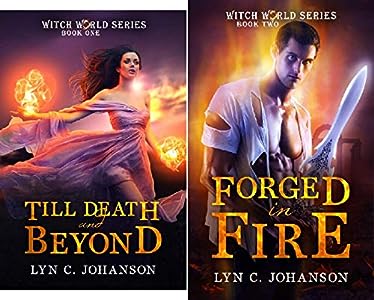 becky
5つ星のうち5.0 Loved it
2018年1月12日に英国でレビュー済み
Amazonで購入
What a fantastic book. I'm very impressed ☺ great characters and storyline's a wonderful world to dive into with witches and goddess even a demon in there. I'll definitely be buying book two and any other book in the series to come. Oh and I never guessed any of the ending and that's a hard thing to do to keep people guessing. Well done Lyn you've done a great job with this series oh and you even have a good sex to storyline ratio which is also hard to do a big 5 stars from me.
続きを読む
1人のお客様がこれが役に立ったと考えています
違反を報告
レビュー を日本語に翻訳する

Kate Brown
5つ星のうち5.0 Fantastic!
2014年6月26日に英国でレビュー済み
Amazonで購入
What a wonderful story. Well written and exciting! Characters were well developed and you cared about them. This book had just about everything I look for in a romantic adventure and fantasy. Grips you from beginning to end. Can't wait for the next one. Well done to this author for her first book!!!! Highly recommended.
続きを読む
1人のお客様がこれが役に立ったと考えています
違反を報告
レビュー を日本語に翻訳する

Kyle K. Francis
5つ星のうち5.0 Wonderful Immersion in an Exciting World
2020年2月13日にアメリカ合衆国でレビュー済み
Amazonで購入
Wandering through the pages of Till Death and Beyond was a wonderful experience. I truly felt immersed many times through the book. The realism and ability to relate to the characters personalized the experienced for me and made it very difficult to put down. The world was a new touch on normal fantasy adventures which was a nice change of pace. Also getting to read a female protagonist role from a skilled hand was very refreshing from the normal experiences in this genre.

The author is very skilled at drawing you into the emotions experienced during intimate encounters and pulls at your heartstrings (especially for love, protection, and lust :) ) I greatly enjoyed this book and I'm already reading through the 2nd. Particularly for me, I really enjoy Lyn's ability to draw you into each situation and make you feel the emotions the characters are. So much in fact, I keep glancing around me on plane flights because i'm so sure people know I'm reading some elegantly saucy material XD.
続きを読む
1人のお客様がこれが役に立ったと考えています
違反を報告
レビュー を日本語に翻訳する

Books are love
5つ星のうち4.0 thoughts on till death and beyond
2014年5月27日にアメリカ合衆国でレビュー済み
Amazonで購入
Love Raven. Love his mixed emotions, his guilt, his love and his determination. Raven is so amazing and a complex character. You are left in the dark throughout the book about who he is and this may drive you batty. The questions will clog your brain. He is so strong and capable and yet a frightened child at the same time. His love for Amira is incredible to see and puts a smile to the face.

amira is a witch stuck in a perpetual cycle of dying and coming to life at the whims of the goddesses. they have an agenda one that they even go as far as to involve a demon in. Amira has a pull to Raven but doesn't know why. He gives her strength and belief. She feels he is who she is destined to help. Except they help each other. They heal each other and find love. they draw strength from each other and find peace through each other. Each battling demons and having each other to help them come to terms. Each fighting the attraction until they can't any more.

They are both in a battle to the end. The discoveries of love and kindness along the way astound each other and bring them closer. The battle in the end is one that shows they are bound to one another and that they are what the other needs. The other one makes them whole. The way Raven accepts who he is and that witches aren't what they seem is wonderful to see. Amira accepting love and that she can be someone that isn't controlled is great.

a book on love and acceptance. Fighting battles within ones self and the outside so that you can come to terms with who you are and what is to be. What is the hardest about the book is the ending you are left hanging wondering the fates of many and what the next battle will bring.
続きを読む
3人のお客様がこれが役に立ったと考えています
違反を報告
レビュー を日本語に翻訳する

Peejay
5つ星のうち4.0 Interesting
2016年12月6日にアメリカ合衆国でレビュー済み
Amazonで購入
Amira and Raven. This is not possible. She's a witch and he kills them. After years of looking for one, she appears. But she's not like any he has ever known. His only concern is for his brother, who is injured beyond belief. His brother needs to be saved. Amira is his only hope.

But things are not always what they seem. Follow the two of them as they fight evil gods, demons and witches. It's an interesting book, but sometimes I got lost in the players. But....I will continue to read the rest of the series.