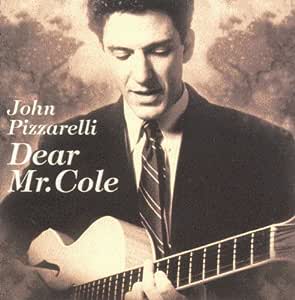 singer2
5つ星のうち5.0 JP's 'class-act' Music is for Happy times
2017年10月28日にアメリカ合衆国でレビュー済み
形式: CDAmazonで購入
Being an ex-professional singer, i originally felt that consummate JP was not a singer & should simply stick to being the incredible guitarist & trio leader he was for so many yrs both on the east coast & internationally. But, over recent yrs and subsequent outstanding appearances on multiple other musicians & singers recordings, i realized that while he doesn't try to be a loud crooner, he doesn't need to given how right on he is with his timing, and how extraordinary his trio & other recordings have been.

I've now added 4 of his own full recordings (whether w/the original trio or other added musicians) to my substantial audio/CD library, including this wonderful take on Nat King Cole, and truth told, the man can do no wrong (next orig. song title intended), and has a 'Golden Touch' in all that he puts his name to (including live & recorded performances. There simply is no other singing guitarist like him, nor are there any of them choosing to sing & pick such a wide variety of american and world songs, as he has.

This recording covers many of Cole's best tunes, and puts the Pizzarelli 'spin' on each of them. All the musicians are world class, perhaps especially his long time pianist/trio member, Mr. Kennedy (may he rest in peace), as well as his brother, the bassist. Sound production is also top notch on this winning studio project. While i might not say this is his best work, it's pretty close to right up there with his best recordings, which now span 3.5 decades & counting. Great before or during dinner music, and even better for any social events, or while sipping a nice glass of Pinot Noir, or even while taking a light nap, or for more romantic, interludes. Enjoy!!
続きを読む
役に立った
フィードバックを送信中...
フィードバックをお寄せいただきありがとうございます。
申し訳ありませんが、お客様の投票の記録に失敗しました。もう一度試してください。
違反を報告
レビュー を日本語に翻訳する

Amazon Customer
5つ星のうち5.0 saw him live
2016年4月29日にアメリカ合衆国でレビュー済み
形式: CDAmazonで購入
I Saw John live in St Louis this April, Before going, I came across some bad reviews about his singing. I had not heard of him before this trip so I read a bit about him. If someone has something bad to say about this guy, tell them to shut up. He was awesome. I can see why Paul McCartney chose him to play his songs on the, Midnight McCartney album by pizzarelli that I also picked up. To say this guy is bad is to call Paul a fool. The audience loved this guy and we all yelled and screamed for more. He is an entertainer with great jokes, wit, talent and kindness, it seemed as if we were all friends at the end. If you can, GO SEE HIM!!!! I will again
続きを読む
役に立った
フィードバックを送信中...
フィードバックをお寄せいただきありがとうございます。
申し訳ありませんが、お客様の投票の記録に失敗しました。もう一度試してください。
違反を報告
レビュー を日本語に翻訳する

Sylvia Carrell
5つ星のうち5.0 SUPERB!
2008年5月2日にアメリカ合衆国でレビュー済み
形式: CDAmazonで購入
Not a dull moment on the entire cd. OUTSTANDING musicianship throughout, as those of you familiar with the Pizzarelli family have come to expect.
Of particular favor in my eyes are the songs with the "bowed bass"- just too cool.
"Sweet Georgia Brown" MAY burn up your player; look out!
続きを読む
1人のお客様がこれが役に立ったと考えています
役に立った
フィードバックを送信中...
フィードバックをお寄せいただきありがとうございます。
申し訳ありませんが、お客様の投票の記録に失敗しました。もう一度試してください。
違反を報告
レビュー を日本語に翻訳する