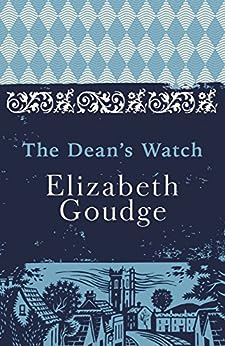 About the novels of Elizabeth Goudge there is always something of the fairy-tale, and THE DEAN'S WATCH is full of the enchantment of goodness - it has that timelessness which marks the author's best work. - The Scotsman --このテキストは、kindle_edition版に関連付けられています。

Elizabeth Goudge was a British novelist (19001984) born into the home of an Anglican priest and theologian. She wrote childrens books as well as novelsher Green Dolphin Street was made into an Academy-Award winning film. In style and themes she parallels English writers such as the creator of the Miss Read series as well mirroring the spiritual depth found in George MacDonalds Victorian novels. She won the Carnegie Award in 1947 for The Little White Horse, which is J. K. Rowlings favorite childrens book. --このテキストは、kindle_edition版に関連付けられています。

Maha Upasika Gotami
5つ星のうち5.0 Feel-good story
2015年10月12日に英国でレビュー済み
Amazonで購入
A feel-good story first published in 1960 by Elizabeth Goudge who was 60 years old, the daughter of a Canon who grew up in various cathedral precincts, and this story is set in an amalgam city and cathedral of her memories and placed in the late 1800's. The skilled clockmaker, Isaac Peabody, sits in his little shop bent over his candle and also winds the clocks in the houses including that of Miss Montague and of Adam Ayscough the Dean. Isaac's maid, Polly, befriends a poor boy, Job, who eventually becomes Isaac's apprentice, and together they make a wonder of a clock. There is Isaac's sister, Emma, who dislikes Job and is jealous of the growing affection between him and Polly, and causes the destruction of the clock. There is the Dean's absent-minded care and kindness for the people of the town; Miss Montague's quiet effect on people; a precocious child Bella who captivates the Dean; and various other colourful characters who would feel at home in Pinnoccio's town just as much as in the Dean's fenland Cathedral City. It is always more difficult to write about goodness than about violence, but this charming book manages it.
続きを読む
3人のお客様がこれが役に立ったと考えています
違反を報告
レビュー を日本語に翻訳する

Maureen
5つ星のうち5.0 A delightful book
2012年11月12日に英国でレビュー済み
Amazonで購入
I loved 'The Dean's Watch'. It is a gentle 'feel-good' book which reminds us of the power that love can have to change people. The 1870's Cathedral city, in which the book is set, is clearly based on Ely where Elizabeth Goudge spent part of her formative years. The book is beautifully written - albeit perhaps a bit slow at the start. It contains some delightful character studies and, at the same time, reminds us of the hardships and exploitation faced by some of the most vulnerable young people of the age. If you are feeling 'down', I recommend you read this book. If you are not, but want a change from violent books filled with sex and foul language, why not give "The Dean's Watch" a try.
続きを読む
16人のお客様がこれが役に立ったと考えています
違反を報告
レビュー を日本語に翻訳する

Bookworm
5つ星のうち5.0 A great addition to any library
2019年8月14日に英国でレビュー済み
Amazonで購入
This novel was recommended to me. It is very detailed in the first half, but take note of those details and stick with it because all of a sudden the plot really takes off. Something at the beginning links to something near the end. It was so moving, I bought the book for a friend who then got one for her mother. I'm keeping my one to read again!
続きを読む
1人のお客様がこれが役に立ったと考えています
違反を報告
レビュー を日本語に翻訳する

D. Gilchrist
5つ星のうち5.0 Charming and beautifully written.
2021年1月7日に英国でレビュー済み
Amazonで購入
I first read this book about 40 years ago, and have read it again a number of times since. It is a December treat!
So many wonderful characters whom one grows to know and love. Marvellous descriptions of a 19th century city and its inhabitants and its glorious cathedral. A tale of suffering, love and redemption. I cannot recommend it highly enough!

Mrs. Vivienne Tuffnell
5つ星のうち5.0 a beautiful, gentle book
2015年12月27日に英国でレビュー済み
Amazonで購入
This is a beautiful, gentle book full of warmth and humanity but veers sharply clear of becoming sentimental and mushy. Life in the unnamed Cathedral city isn't easy, even for the rich, and the story visits all walks of life. I found it very moving and uplifting, so much so I bought a second copy at a Christmas present for an old friend.
Feel-good literature that doesn't condescend to the reader.
続きを読む
4人のお客様がこれが役に立ったと考えています
違反を報告
レビュー を日本語に翻訳する
すべてのレビューを参照します
トップへ戻る
Amazonについて
Amazonでビジネス
Amazonでのお支払い
ヘルプ＆ガイド
日本語ショッピングのための言語を選択します。 日本ショッピングのための国/地域を選択します。
© 1996-2020, Amazon.com, Inc. or its affiliates