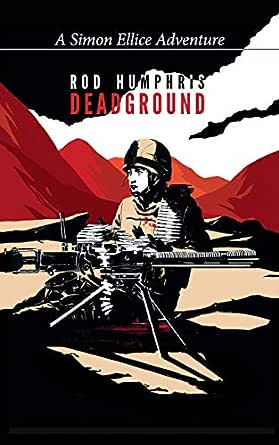 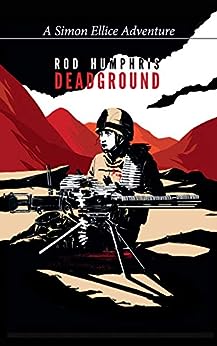 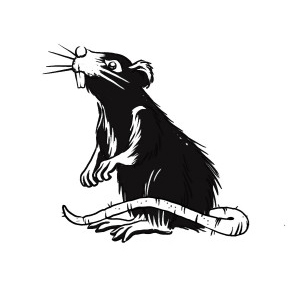 In his office you will find Rod typing feverishly, flanked by two enormous dogs, and surrounded by the ephemera he has collected on his travels. "I always read. Since I can remember. First Asterix, then Willard Price, then Conan Doyle, then everything else. I've had a paperback jammed into my back pocket most days of my life. I remember wanting to write a book when I was about 12 and wanting to put everything into it" "I've read every kind of book, but the ones I love most are stories of adventure, so that's what I write. I've put thousands of hours into learning to do it well. It's taken me a long time, but I've developed my own voice, and my own style. I spend so much time with Si, my main character, that he seems as real to me as anyone I know. In some cases, more so. I regard myself as having the best job in the world. I get to learn about anything that interests me, go to any place I like and spend hours and hours in the company of the most interesting people, all without leaving my room. "I'm the happiest and most productive when travelling about in my battered old truck with a canoe on top and a dog in the back." Rod Humphris is the winner of N. N. Light Best Fiction Award 2016 --このテキストは、絶版本またはこのタイトルには設定されていない版型に関連付けられています。

Emma White
5つ星のうち4.0 A good read!
2016年6月1日に英国でレビュー済み
Amazonで購入
Reminiscent in places of Thurber or Ballard, the crisp prose moves forward with pace, always avoiding the maudlin or sentimental. The first person narrative effectively withholds information to both engage the reader, but also distance them thus creating a complex response to the protagonist. Military lingo and code create an other-world which helps to convey the strangeness of the experience and bring questions of morality, racial and cultural tensions as well as authority into sharper focus. The plot hangs together well and skilfully builds to a denouement where the fine details coalesce into a clear pattern. It is well constructed, well written and sustains interest throughout. Simon Ellice is not someone you have to like, but he is both an interesting and complex character whose life and emotional responses are down to the reader to interpret and extrapolate. He is certainly someone you feel you would like to know more about and I look forward to further adventures with anticipation.
続きを読む
2人のお客様がこれが役に立ったと考えています
役に立った
フィードバックを送信中...
フィードバックをお寄せいただきありがとうございます。
申し訳ありませんが、お客様の投票の記録に失敗しました。もう一度試してください。
違反を報告
レビュー を日本語に翻訳する

David
5つ星のうち5.0 Cracking!
2016年6月1日に英国でレビュー済み
Amazonで購入
Fast moving, genuinely exciting and a thoroughly cracking read, this short story reminds me of the best of John Buchan, albeit updated for today. It is well written, well researched and quickly creates a very believable atmosphere of what being a modern British soldier is like, warts and all. The “hero”, Simon Ellice, is thankfully not particularly likeable being irresponsible, egotistical and very self-centred. Despite all that, I want to know more about him so I can't wait for his future exploits. He does seem to generate loyalty from those he commands, so I presume he has a lot more to offer.

I think this author is one to watch. Highly recommended.

Bevis Nathan
5つ星のうち4.0 Experience active service without joining up!
2016年6月24日に英国でレビュー済み
Amazonで購入
This is a tremendously exciting debut, immediately throwing you into the midst of active army deployment in Afghanistan, with social and psychological conundrums facing senior personnel as they think on their feet in an almost lose-lose situation. Utterly un-put-downable after the first three pages. I await the the next Simon Ellice story with relish, Mr Humphris.
続きを読む
役に立った
フィードバックを送信中...
フィードバックをお寄せいただきありがとうございます。
申し訳ありませんが、お客様の投票の記録に失敗しました。もう一度試してください。
違反を報告
レビュー を日本語に翻訳する

Colin
5つ星のうち4.0 I was entirely convinced by the extremes of Army life fighting the Taliban.
2016年6月4日に英国でレビュー済み
Amazonで購入
I read this book in a single sitting, it really is a terrific read. With many years experience of military life I am amazed at the way Humphris has managed to capture the day today stresses, routines,and unpleasantness of army life.The plot is convincing and fast moving it's tough out there.
続きを読む
役に立った
フィードバックを送信中...
フィードバックをお寄せいただきありがとうございます。
申し訳ありませんが、お客様の投票の記録に失敗しました。もう一度試してください。
違反を報告
レビュー を日本語に翻訳する