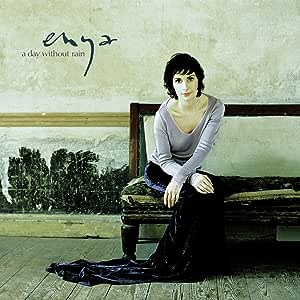 Having sold 40 million albums worldwide Enya is one of the most successful female artists of all time and second only to U2 as the biggest selling Irish artist in history. Her first new album since the triple platinum, Top 10, Grammy-winning The Memory Of Trees once again transcends formulas, borders and commercial expectations as only Enya can. Certified Multi-Platinum (6 times) by the RIAA. (1/02)

Dhekelia
5つ星のうち5.0 Beautiful Album
2017年11月11日に英国でレビュー済み
Amazonで購入
Having bought and loved "The Celts", "Watermark" and "Shepherd Moons" it seemed the obvious thing to do to buy "The Memory of Trees" when it was first released. However, I was slightly disappointed with it in comparison to its excellent predecessors and so was hesitant about buying "A Day Without Rain". It was only some years after its release when I heard one of the tracks from the album and I absolutely loved it. I then decided to buy it then found myself asking ..... why on earth had I not bought it when it first came out? It's definitely up there with the aforementioned albums - every track is stunning with only the last track being merely 'good'. The understated cover is deceptive as it hides an absolute cornupia of amazing tracks.
続きを読む
2人のお客様がこれが役に立ったと考えています
違反を報告
レビュー を日本語に翻訳する

Marcin De
5つ星のうち5.0 What can I say more?
2011年11月13日に英国でレビュー済み
Amazonで購入
What can I say new about this album? Something, which has not yet been expressed in other (favourable) reviews? A Day Without Rain casts an eye back on her actual debut, Watermark, (with the title instrumental track) but also reaches out to the future (Lazy Days). Some may say she does the same thing over and over. Well, she might, but at least she's good at it! And i'm just soooo unhappy that the song Flora's Secret (which sounds a bit like Anywhere Is) was not chosen as a single. One by One could also fare well in the charts.

The uplifting Wild Child is simply amazingly beautiful. The dark, ominous Tempus Vernum reminds me of Pax Deorum. It beautifully flows into Deora Ar Mo Chroi, a simple yet touching delicate song sung in Gaelic. For the first time I guess in Enya album there are love songs! apart from Hope Has a Place and On Your Shore I don't recall her singing much about love. And here we have a delicate tear-jerking love ballad Fallen Embers, the afore-mentioned Flora's Secret which mentions "lovers in the long grass" and One by One, a song about (I guess) an uneasy relationship, which however concludes optimistically "don't say adios!" This is something new for me.

Something new is also the slight dance-ability of at least some of the tracks. Maybe it's because of the ever-present pizzicatos?

The only weak song here is Pilgrim (IMHO). It's quite bland and makes me think of another weak song, Once You Had Gold (from The Memory of Trees). But apart from that, the rest is beautiful and delicate, and melodic and haunting; typical Enya!

Brida
5つ星のうち5.0 The CD that got me hooked
2003年2月7日に英国でレビュー済み
Amazonで購入
This was the first CD by Enya that I bought. My decision to buy it was based around reviews on Amazon.com which said that her single "Only Time" was used on the series Friends, and that it was a beautiful song. So, on the word of someone else, I took the risk. From then on, I have been able to appreciate the beauty of her work. Although, as a young woman in my twenties, I may not always admit this to people publically - Enya is a bit like my guilty pleasure!

I now find myself turning to her music when I need some relaxation and soul therapy.

The album combines instrumental pieces aswell as your standard tracks. Enya does not only sing in English, but on songs such as "Deora ar mo chroi" (translated as "Tears on my heart"), she sings in Irish Gaelic - the adaptation is provided in the CD sleeve in both languages.

For myself, the definite standout track is "Only Time". It is a very beautiful song. The lyrics are romantic and can touch anyone, I believe. For quite a seemingly simple song, the message is actually quite profound.

This album is perhaps one out of my larger CD collection which does not suffer from having any true 'fillers'. As other reviewers have said, the length of this album is short, especially compared to some more recent offerings - people such as Tori Amos, for example, who is my favourite artist, has just released a CD which is approximately 80 minutes long. But, just because A DAY WITHOUT RAIN is short does not mean that it is bad. Rather than the quantity, Enya has obviously gone for quality.

This is a truly beautiful recording. After hearing this album, I was eager to have mmore of her work, and so I chose to buy one of her collections, A BOX OF DREAMS (also recommended).

This is music for those quiet times, when it truly is about just taking care of you.
続きを読む
違反を報告
レビュー を日本語に翻訳する

GERRY MCMENEMY
5つ星のうち5.0 Enya.
2014年1月15日に英国でレビュー済み
Amazonで購入
Enya is a consummate artist who creates the most beautiful sounds in music imaginable. Heavenly, ethereal, poetic are just some of the words which come to mind, but cannot do her work justice.
I play Enya when I want to relax and switch off from the world. I know she spends years on every album and it shows in the consistently high standard of all her work. She is a perfectionist and perfectionists will perfect. A Day Without Rain gives as much pleasure and satisfaction as all her previous albums.
G. Mc Menemy.
続きを読む
1人のお客様がこれが役に立ったと考えています
違反を報告
レビュー を日本語に翻訳する
すべてのレビューを参照します
Amazonプライム会員ならお急ぎ便、日時指定便が使い放題
さらに、映画もTV番組も見放題。200万曲が聴き放題 。クラウドに好きなだけ写真も保存可能。
> プライムを無料で試す