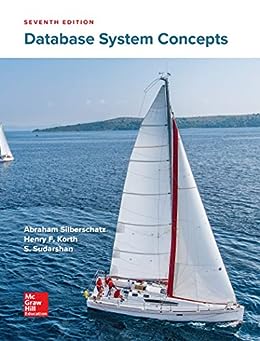 Henry F. (Hank) Korth is a Professor of Computer Science and Engineering and co-director of the Computer Science and Business program at Lehigh University. Prior to joining Lehigh, he was director of Database Principles Research at Bell Labs, a vice president of Panasonic Technologies, an associate professor at the University of Texas at Austin, and a research staff member at IBM Research. Korth is a fellow of the ACM and of the IEEE and a winner of the 10-Year Award at the VLDB Conference. His numerous research publications span a wide range of aspects of database systems, including transaction management in parallel and distributed systems, real-time systems, query processing, and the influence on these areas from modern computing architectures. Most recently, his research has addressed issues in the application of blockchains in enterprise databases.

S. Sudarshan is currently the Subrao M. Nilekani Chair Professor at the Indian Institute of Technology, Bombay. He received his Ph.D. at the University of Wisconsin in 1992, and he was a member of the technical staff at Bell Labs before joining IIT Bombay. Sudarshan is a fellow of the ACM. His research spans several areas of database systems, with a focus on query processing and query optimization. His paper on keyword search in databases published in 2002 won the IEEE ICDEMost Influential Paper Award in 2012, and his work on main-memory databases received the Bell Laboratories President's Award in 1999. His current research areas include testing and grading of SQL queries, optimization of database applications by rewriting of imperative code, and query optimization for parallel databases. He has published over 100 papers and obtained 15 patents.

Abraham (Avi) Silberschatz is the Sidney J. Weinberg Professor of Computer Science at Yale University. Prior to coming to Yale in 2003, he was the vice president of the Information Sciences Research Center at Bell Labs. He previously held an endowed professorship at the University of Texas at Austin, where he taught until 1993. Silberschatz is a fellow of the ACM, a fellow of the IEEE, and a member of the Connecticut Academy of Science and Engineering. He received the 2002 IEEE Taylor L. Booth Education Award, the 1998 ACM Karl V. Karlstrom Outstanding Educator Award, and the 1997 ACM SIGMOD Contribution Award. Silberschatz was awarded the Bell Laboratories President's Award three times, in 1998, 1999 and 2004. His writings have appeared in numerous journals, conferences, workshops, and book chapters. He has obtained over 48 patents and over 24 grants. He is an author of the textbook Operating System Concepts. --このテキストは、loose_leaf版に関連付けられています。

Amazon Customer
5つ星のうち1.0 Ruined by "Loose Leaf" format
2019年12月11日にアメリカ合衆国でレビュー済み
Amazonで購入
I am not complaining about its contents, but "Loose Leaf" are particularly inconvenient for readers.
It would be better if other standard paperback format option is available.
続きを読む
2人のお客様がこれが役に立ったと考えています
違反を報告
レビュー を日本語に翻訳する

a******c
5つ星のうち1.0 Kindle Version Not Accessible
2021年1月11日にアメリカ合衆国でレビュー済み
Amazonで購入
There is no "Settings" option when reading this book - you know, the place where you adjust text/font size! The only option is to zoom in and then move the page side to side, which is not accessible.
続きを読む
1人のお客様がこれが役に立ったと考えています
違反を報告
レビュー を日本語に翻訳する