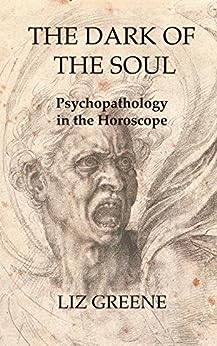 The Dark of the Soul: Psychopathology in the Horoscope (English Edition) Kindle版

Lynda Stevens
5つ星のうち5.0 The question of evil in the horoscope
2016年1月19日に英国でレビュー済み
Amazonで購入
Well it is a fascinating, if not always unedifying read. Even if you do not subscribe to her brand of psychological astrology, nor agree with the orbs she uses or that she doesn't work with midpoints, she certainly know how to interpret the salient points in a chart that will make sense to an audience. This book is actually a transcription of two or three lectures and workshops on psychopathy and scapegoating - not entirely pleasant topics - but then, Greene does make a point of reminding us that Hannibal Lector and his ilk were not 'doing something' for you and I - or rather what she calls 'the collective' - or rather our Jungian collective unconscious.

The Collective is also about sins passed on to our children's children, part of which can certainly accommodate the traumas of past wars, atrocities and holocausts. Mike Harding suggested that a mundane astrological imprints on some kind of primal zodiac. All of these, Greene suggests, can help ignite old feuds between neighbouring countries, as what happened with Milosevics, whose chart is included among the rogue's gallery of heavy-duty baddies on show here.

Whether it not you take the view if the collective on board, something definitely seems to be at work wherever someone like Milosevics emerges.

Greene is up-to-date with her definition of psychopathy, yet inevitably it does become a fudge word when applied to evil people. Many argue now that Hitler can't have been a psychopath as he was able to empathise with animals, for example.

It also seems a pity that this book did not come out later. Evil dictators and sadistic serial killers are one thing, but where would that place the kind of common-garden psychopath that helped engineer the 2008 recession? And what are we to make of the current scandals in the UK regarding the likes of Savile in terms of both psychopaths and scapegoats?

Ah well, that might be getting a bit too political. Yes, there might be a Uranian psychopathy as well as a Plutonic one.

Either way, Greene, as said, argues convincingly for what can happen where certain difficult planetary configurations are in evidence in a chart and Chiron is also included a lot in these analyses. Perhaps the most interesting insight she has to offer is that having a lot of water in a chart may offer much in terms of emotional intelligence including the capacity for manipulation but if something goes badly wrong with that most fundamental 'watery' planet, The Moon, there may still be very little capacity for empathy.

royden irvine
5つ星のうち5.0 Another Liz Greene exploration
2019年4月24日にオーストラリアでレビュー済み
Amazonで購入
An exploration into the dark recesses of a ‘twisted’ pathological mind.
A must for all serious Psychological Astrologers and Psychologists.
続きを読む
違反を報告
レビュー を日本語に翻訳する