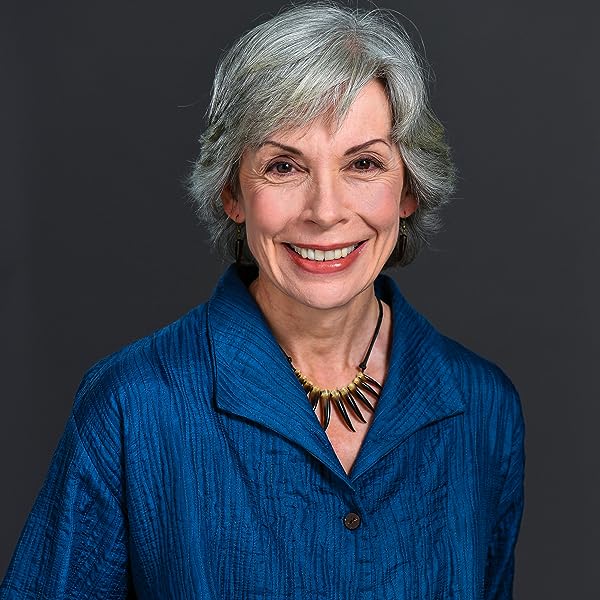 Dark Matter is terrific....(a) wild beast that grabs you by the neck -- Helen Rumblelow ― THE TIMES

Dark Matter is a spellbinding read - the kind of subtly unsettling, understated ghost story MR James might have written had he visited the Arctic -- Eric Brown ― THE GUARDIAN

Gruhuken is reportedly haunted, and hints as to why are skilfully drip-fed through a tense and strangely beautiful narrative that bristles with the static electricity of a stark, vast, frozen Arctic night ― METRO

It's a cracker of a read, set in the 1930s and a blisteringly cold Arctic winter ― DOVE GRAY READER

You have plenty of time to clear your TBR piles to make room for this book as it won't be published until October, but make room you should as Michelle Paver's Dark Matter is a ghost story of terrific menace written with consummate skill ― CORNFLOWER BOOKS

I loved this story. I couldn't put it down. It's as creepy as an M R James ghost story and yet, even though it's set in the 1930s, it doesn't feel self-consciously dated as many neo-Gothic stories do. It feels absolutely relevant. Not many people can write historical fiction without anachronism but with a contemporary feel and Michelle Paver is one of them. Dark Matter comes highly recommended ― THE BOOK BAG

I was hooked right away and finished it in just a few days. Dark Matter is the kind of horror story that can chill just about anyone ― LITERARY STEW

Dark Matter is one of the spookiest stories I've read in recent years. It's not a teen novel, but unsurprisingly, given Michelle Paver's background, the style shares many YA traits. The main character, Jack, has a strong voice and the writing is tight. The pace builds gradually, yet Michelle Paver keeps the action moving and doesn't stray into superfluous description. Everything in this book has been retained for a reason ― CHICKLISH

Born in Malawi to a Belgian mother and a father who ran the tiny 'Nyasaland Times', Michelle Paver moved to the UK when she was three. She was brought up in Wimbledon and, following a Biochemistry Degree from Oxford, she became a partner in a big City law firm. She gave up the City to follow her long-held dream of becoming a writer. She is the author of the brilliantly successful children's series, Chronicles of Ancient Darkness, and also the bestselling ghost story Dark Matter. Following a trek in the Himalayas, she returned with her second, Thin Air, a chilling tale set on the icy slopes of Kangchenjunga.

This novel tells of an ill-fated expedition to a remote bay in Spitsbergen to set up a base camp to study High Arctic biology and geology and establish a meteorological survey station. Originally, there are five members: public-school educated Teddy, Hugo, Algie and Gus, and Jack, who feels that because of his upbringing and education he's got something to prove to the others and through whose journal entries we learn of the events in Gruhuken. From the outset we know that there won't be a happy ending to the expedition, as Algie's letter to a physician on the first page sets the tone for the book. Two members have to drop out even before the team have made it to their destination, and when another falls ill, Jack volunteers to save the expedition. But polar night has descended, and he faces being on his own for weeks on end with only the sledging dogs for company. But what everyone had supposed to be an abandoned hut in the bay is not quite as deserted as they had thought.

This book is slow to start and a study in how to increase the suspense gradually and by almost infinitesimal degrees, just a glance or an averted gaze here, a hesitation there, until Jack sees the "one who walks" with his own eyes on the day when the midnight sun dips below the horizon for the first time. As daylight gradually diminishes, Jack's unease about a malign presence in the bay increases in equal proportions until the other two are evacuated from the bay in a medical emergency and Jack is left all alone. During this time he gets close to one of the dogs, Isaak, and these scenes are very heart-warming and touching to read. It is fascinating how he describes going about his mundane tasks, like taking meteorological observations, cooking and looking after the dogs, taking a walk around the hut, in a desperate effort to stay sane and not to let his fear of the ghost win the upper hand when faced with near-absolute silence and darkness for 24 hours a day; interesting from a psychological point of view, but it didn't quite maintain the suspense, so that when the ghost suddenly turns from a passive presence to an active menace, the shock was the greater for it. The device of seeing the events unfold through Jack's eyes works very well, but unfortunately the author doesn't manage to sustain it right through to the end and has to resort to an inner monologue for the tragic denouement, which I felt was not a very satisfying solution. Maybe the events could have been told with Captain Eriksson's voice in retrospect, as he had clearly been aware of and possibly even seen the ghost himself, but as a result the book doesn't quite get five stars. The impression I come away with most after having read this book are the atmospheric descriptions of the Arctic and Gruhuken Bay in particular, and the oppressing darkness and silence of a polar night; I wonder what she'll come up with next.
続きを読む
1人のお客様がこれが役に立ったと考えています
違反を報告
レビュー を日本語に翻訳する

reader
5つ星のうち5.0 Great ghost stories
2011年4月16日に英国でレビュー済み
Amazonで購入
I have read Michelle Paver's books for children ('Wolf Brother' etc) and heard her talk about them and since I have read other modern ghost stories like 'The Little Stranger' and 'The Small Hand' I welcomed 'Dark Matter'. It is a deceptively concise but dense read and even though, as a reader, you are aware of being manipulated by all the hallmarks of this genre it does not make it any the less frightening. There is a strong sense of identity with the central character and echoes of Frankenstein's creation in the entity that haunts Gruhuken, brought about by man's innate evil. The sub-text of human relationships and what it is that makes us all do things against our better judgement, works very well. I ended up reading it in the sun at ten on a Sunday morning because I was too scared to continue reading it at night. I do not like horror stories but well-crafted ghost stories are quite different and this is the best one I have read. Ever. The last impression of love that cannot quite conquer all and the sea that washes the tide of our collective history and misery is poignant and will stay with me. Read it as soon as you are able to!
続きを読む
2人のお客様がこれが役に立ったと考えています
違反を報告
レビュー を日本語に翻訳する

sarah J
5つ星のうち5.0 a chilling masterpiece of the dark cold North
2011年1月4日に英国でレビュー済み
Amazonで購入
This is an amazing read. The novel is related in diary form by a naive young man called Jack, who sees the polar trip as a chance to escape his lonely life of poverty. The diary begins by relating the beauty of northern landscape but then the days get shorter and then the horror begins. What unfolds is a terrorifing tale (that never left me even after i had finished the book). The narraction then takes a frantic turn and we the reader can almost feel the overwhelming dread and fear that Jack experiences. I enjoyed the descriptive style of writing it was fascinating to learn about how they built the cabin to withstand the bone chilling cold. I liked how the relationships build up with the characters including Jack's unlikely friendship with one of the husky dogs. The tension as Jack is left alone to face his fears is very frigtening. This is a gripping read.
続きを読む
違反を報告
レビュー を日本語に翻訳する

Manda N
5つ星のうち5.0 the best ghost story I have read for a long time
2010年12月27日に英国でレビュー済み
Amazonで購入
Occasionally a new book comes along that demands, indeed deserves a full read in one session. Dark Matter is one of those books.

"Out of nowhere, for no reason, I was afraid. My skin prickled. My heart thudded in my throat. My body knew before I did that I was not alone.

Thirty yards away on the rocks, something moved."

Jack is a 28 year old lonely londoner who accepts a job as a radio operator for an Arctic 1930's field biological expedition.

The group of four is whittled to one and Jack is alone in a cabin within the arctic wilderness. Alone for weeks with husky dogs for company....and what or who else....

Choose where to read this book carefully. Read it alone on a winter's night, snuggled by the fire with nothing but a dog for company....and to reassure that those bumps and groans you hear are but a figment of your imagination. Feel your heart beating in your chest and be prepared to get scared, really scared....

Dark Matter is a ghost story. The best I have read for a long time.
続きを読む
1人のお客様がこれが役に立ったと考えています
違反を報告
レビュー を日本語に翻訳する

Suzie
5つ星のうち5.0 Don't read in Winter!
2011年4月4日に英国でレビュー済み
Amazonで購入
I love a good ghost story, but they are few and far between. So many promise much then disappoint being merely gruesome or very predictable. Very few manage to create a real atmosphere of menance, that creeping feeling up your back which makes you look behind you ..... This book manages it. It may be fair to say that the story is slightly predictable. It is billed as a 'ghost story' so we expect a ghost! But despite that the atmosphere builds and grips. Inspired in its setting, well written, the breaking down of psychological defences beautifully managed and paced. I think I will be putting the light on when I get up in the night for some time to come. Plus this would make a wonderful 'ghost story for Christmas' for the BBC!
続きを読む
違反を報告
レビュー を日本語に翻訳する
すべてのレビューを参照します
Amazonプライム会員ならお急ぎ便、日時指定便が使い放題
さらに、映画もTV番組も見放題。200万曲が聴き放題 。クラウドに好きなだけ写真も保存可能。
> プライムを無料で試す