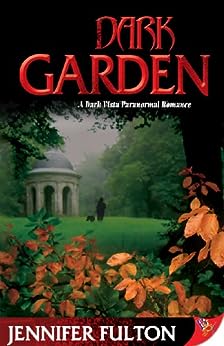 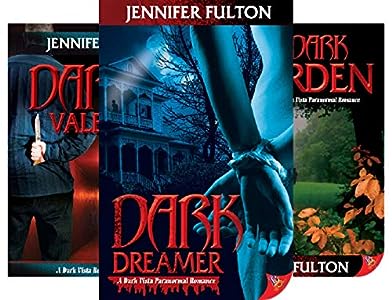 Studmuffin
5つ星のうち5.0 This is a great book
2014年3月6日に英国でレビュー済み
Amazonで購入
This is an involved story about two sworn enemies who really don't know why they are fighting anymore. There is lots of detail to the backstory and sometimes that can get confusing - a family tree diagram would have been useful- there is great chemistry between the two main characters and you want to get to the bottom of what keeps them apart and what brings them together. Like another reviewer I thought the ending was a bit rushed - Ms Fulton could have taken a bit longer to tie up all the loose ends - in fact there was enough material for 2 books in here. I wanted more talking between the two characters at the end, I wanted to know what next? what will their future hold? how will they make it work? will they be honest about their past family mistakes and wash the dirty linen in public? The description of the book gives you the impression that the characters from the first Dark Vista book will reappear and whilst they do its all narrative - there isn't any interaction and I think that could have been brought out more and expanded - like I say the book could have been twice as long and kept me engaged.
All that said it's a cracking read that is hard to put down, the sex scenes are hot and believable and the relationship between Mason and Vienna is very engaging and my only real criticism is that book ends too quickly without clearing all the issues up that the book raises. But I still give it five stars and would encourage anyone to read it.
続きを読む
違反を報告
レビュー を日本語に翻訳する

Readaholic
5つ星のうち3.0 Good but also annoying
2013年10月11日に英国でレビュー済み
Amazonで購入
I enjoyed this book, good story and likable characters. It is the first book that I have read from this author and I may well read others. The author has an easy to read style and the story is engaging enough to keep you interested. My only complaint is that after spending the whole book with reasons why the principle protagonists can't be together and various other shenanigans impacting on their lives, the book ends with issues unresolved. The book ends in what I feel is an unseemly fast pace. One minute there are various explanations being given and then it is all sorted in a page and a half. I was left asking myself well what happens to the ` baddy' exposed in the explanation, how would their respective families react to the new situation etc, since each have hated each other for generations. It was almost as like reading a book and the discovering that the final chapter has been torn out and you are left with more questions than answers. Yes I know that it is only fiction, but I hate it when a book brings a whole load of issues/problems to the table and then just ignores them in the haste to finish the book. If you engage with the charactors enough, which I did, you want all the ts crossed and the i's dotted.
続きを読む
1人のお客様がこれが役に立ったと考えています
違反を報告
レビュー を日本語に翻訳する

JMB1779
5つ星のうち4.0 Synopsis
2010年1月11日に英国でレビュー済み
Amazonで購入
Two sworn enemies who can't resist each other. Something has to give.

The Blakes and the Cavenders have been going at it since 1870 and Vienna Blake keeps up the family tradition, gunning for the Cavenders at every opportunity. All the same, she's shocked when Mason Cavender confronts her in her office and accuses her of murder. Vienna has the stunningly sexual Mason thrown out by security, but she can't rid herself so easily of her powerful, instant attraction to the woman she's been groomed since childhood to destroy.

Last in a long line of "Cursed Cavenders," as the media describes them, Mason has just walked away from the small plane crash that killed her brother. Now in charge of her family's crumbling business empire, she suspects sabotage and believes beautiful, ruthless Vienna Blake is responsible. Fearing for her life and grieving for her brother, Mason hires a private investigator to get evidence she can take to the police. She is frustrated when the man finds nothing but makes the bizarre suggestion that she hire a psychic to undo the "curse" on her family. He gives her a name. Phoebe Temple. Phoebe's dreams have always centered on the victims of crimes, and she isn't surprised when the woman steps from her dreams into her life, asking for help.

Exposing family secrets always comes at a price. With passion and family honor in the balance, Mason is willing to pay her dues. But can she persuade Vienna to accept a truce before it's too late? Dark Garden brings together two powerful women who must confront the past if they want to seize the future. The third book in the Dark Vista series.
続きを読む
2人のお客様がこれが役に立ったと考えています
違反を報告
レビュー を日本語に翻訳する

JessiO
5つ星のうち5.0 Loved it!
2018年6月11日にブラジルでレビュー済み
Amazonで購入
Couldn’t stop reading, i just need to get to the bottom of the story. The author was great with the narrative, it takes you on a trip, unraveling their past and connection as the story goes. Will definitely read again.
続きを読む
違反を報告
レビュー を日本語に翻訳する