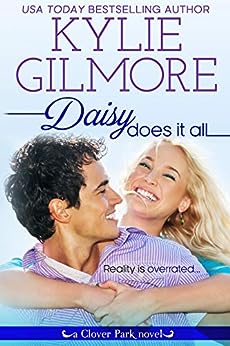 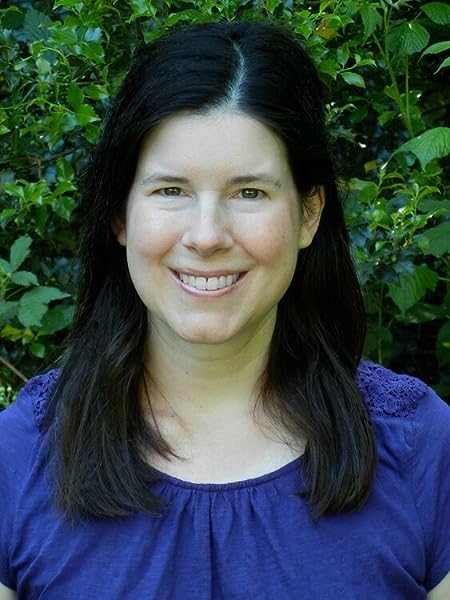 Exhausted single mom Daisy Garner is shocked when her blog about life with Darling Husband and Baby Delight in their charming Victorian home brings a national talk show to her door.

Amazing! Except she made the whole thing up.

Panic! Now she needs to borrow a Victorian house and find a man to play her fake husband on TV.

Travis O'Hare steps up for the role, as long as she'll marry him for real. He wants their son to have the stable home life Travis never had.

But before the wedding can happen, Travis and Daisy have to get through the interview with a ratings hungry host and a slick producer with ties to Daisy's troubled past. When a winter storm traps them all, it begs the question: can two people pretending at love finally discover the real thing?

AUTHOR'S NOTE: Each book in the Clover Park Series can be read as a stand-alone novel, or for more fun read them in order. Characters you’ve loved from past books frequently pop up in other books.

Book 1: The Opposite of Wild

Book 2: Daisy Does It All

Book 6: Not My Romeo 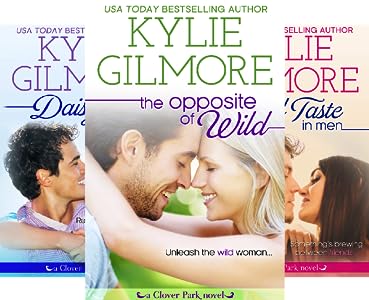 Kylie Gilmore is the USA Today bestselling romance author of the Clover Park series and the Clover Park STUDS series. She writes quirky, tender romance with a solid dose of humor. Kylie lives in New York with her family, two cats, and a nutso dog. When she's not writing, wrangling kids, or dutifully taking notes at writing conferences, you can find her flexing her muscles all the way to the high cabinet for her secret chocolate stash. Find out more about Kylie and upcoming books at www.kyliegilmore.com. Sign up for Kylie's newsletter at http: //eepurl.com/KxkOb You can also find Kylie on: Twitter @KylieGilmoreToo Facebook www.facebook.com/KylieGilmoreToo Goodreads KylieGilmore KYLIE'S BOOKS CLOVER PARK SERIES BOOK 1: The Opposite of Wild BOOK 2: Daisy Does It All BOOK 3: Bad Taste in Men BOOK 4: Kissing Santa BOOK 5: Restless Harmony (April 2015) CLOVER PARK STUDS BOOK 1: Stud Unleashed: The Prequel BOOK 2: Stud Unleashed: Barry BOOK 3: Stud Unleashed: Dave BOOK 4: Stud Unleashed: Will --このテキストは、paperback版に関連付けられています。

Romance Reader
5つ星のうち4.0 Fun read, but not suitable for younger readers
2018年9月9日に英国でレビュー済み
Amazonで購入
Book 2 in the Clover Park series, this is another enjoyable read by Kylie Gilmore. In fact, I liked this so much that I went back to reread book 1 (Opposite of Wild) as I’d last read that back in 2016. Again, this contains swear words & sex scenes, but no errors & was well written with some funny scenes. Can be read as a standalone with HEA, but the characters cross over into other books, so it’s preferable to read in order.

Daisy works at her parents’ restaurant, Garners, & is lucky to have plenty of helpers for her son Bryce. There’s her parents, her sister Liz, the baby’s father Travis, his brothers & their grandmother Maggie. Despite this, she wishes her life was more...perfect. In her spare time she blogs about being the perfect mother, cooking delicious healthy meals, with her sexy loving & thoughtful husband & their little bundle of joy. In reality, she can’t cook, has no sex life, no husband, & Bryce is rather trying.

Trav had a one night stand with Daisy that ended with baby Bryce. Despite not being in love with her, he’s proposed to Daisy several times. He’s determined to do the “right thing” & marry her to give their son a stable home & the O Hare name, but Daisy has a terrible track record & only wants to be his friend.

Then her blog really takes off & catches the eye of a TV producer. Jessica wants to interview Daisy, Trav & Bryce in their Victorian home so Daisy asks Trav for his help & cooperation: just for one day pretend they’re married so her fans & Jessica don’t know Daisy’s been lying on her blog. Trav says he’ll be the perfect husband for the camera, but insists Daisy marries him for real in return. In desperation she agrees. However, the Victorian house Daisy’s been blogging about is actually Maggie’s so Trav helps her make the living room more family oriented by bringing over some of Bryce’s things.

Unfortunately the TV interview doesn’t go the way she expects. First of all, Daisy’s ex & first husband turns up. He’s actually the producer of the show, still in love with her & promises her great things (a job, interviews, adverts...) Jessica is nothing like her bubbly TV personality; very straight laced & uptight. Then there’s a storm that leaves Jessica, Max & the whole production crew stranded in Clover Park. Can Daisy & Trav pull this off? Will Max win Daisy’s heart again? Will Jessica get the scoop she wants?

It was really nice to find the characters from book 1 continue their story & I hope to learn more about Shane & Rachel in the next book. One thing I didn’t find realistic was the lack of friends the O Hare brothers had, & how could Daisy only make grilled cheese? She moved out years ago & must have had to learn to fend (cook) for herself! I liked Trav: he was quite persistent, but determined to win Daisy over & be the best husband & father. Unlike the previous book this one had two “nasty” characters whom I didn’t like.
続きを読む
違反を報告する
レビュー を日本語に翻訳する

i_flovebooks
5つ星のうち5.0 Daisy has got balls!!!!
2014年7月24日に英国でレビュー済み
Amazonで購入
I want to leave a review about this amazing book without revealing anything. It's really difficult as I have so much to say about how great this is!
Daisy hasn't had it easy. Growing up making some bad choices but she tries so hard to make everything better for herself and her son. She's a great mum and does everything with her son's best interest coming first, before anything. When she makes up a fantasy life on a blog (hey it couldn't hurt) and it garners some media interest, she thinks it's great! Just that small detail of it being one big, fat, lie!!
Travis is still trying to get Daisy to be with him, for their son, but Daisy turns him down, again....
To find out more about these people and the mess Daisy gets in, you need to get a copy. You won't be disappointed!!
続きを読む
違反を報告する
レビュー を日本語に翻訳する

Laura N Bren
5つ星のうち4.0 Another really good book by Kylie Gilmore
2017年10月30日に英国でレビュー済み
Amazonで購入
Another really good book by Kylie Gilmore. Loved The Opposite of Wild, and this one was just as good! If you liked the first one, then definitely read this. If you haven't read the first, then the main parts are explained in this as well so you won't feel like you're missing anything. Definitely recommend this series and will be looking out for more of her books in the future.
続きを読む
違反を報告する
レビュー を日本語に翻訳する

Kindle Customer
5つ星のうち3.0 Solid 3.5
2021年3月15日に英国でレビュー済み
Amazonで購入
Good story, but dragged it out & felt a bit like the author was trying to increase the page count. But I liked the characters & the story.
続きを読む
違反を報告する
レビュー を日本語に翻訳する

I loved this book from start to finish.