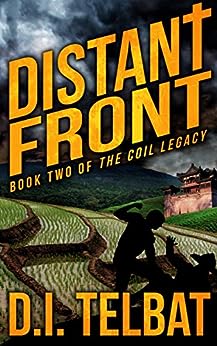 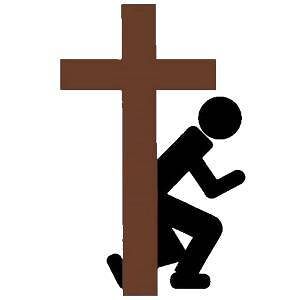 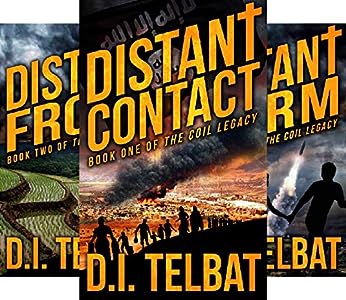 Steve Auld
5つ星のうち3.0 Not his best
2018年6月30日にオーストラリアでレビュー済み
Amazonで購入
Not his usual brilliant work but still a good read. A bit disjointed in parts. He has set such a high standard in the past, from any other writer this would be 5 star.
続きを読む
違反を報告
レビュー を日本語に翻訳する

Lynne Clark
5つ星のうち5.0 fantastic reading
2016年11月26日にオーストラリアでレビュー済み
Amazonで購入
fantastic reading, just makes me realize how blessed I am, this book really shares about the persecution of christians and how they overcome that without comprimising their faith, I really enjoyed it,
続きを読む
違反を報告
レビュー を日本語に翻訳する

I found this one the hardest to read, despite it still being highly entertaining. Telbat has intertwined the 2-year history of Steve Brookshire's captivity and torture into the present activity of Titus and Oleg and subplots.

It is this 2-year history that makes it hard to read. What Telbat has depicted Steve enduring as persecution, torture and imprisonment are just that bit more detailed than other COIL novels. But this account does show more of the spiritual tenacity of Steve having counted the cost of being a follower/disciple of Christ and being unwavering in his faith and commitment to Christ. At every step of his persecution, including the deliberate amputation of his foreleg, Steve did not give in. In fact, this only made him more like Christ. Not once did he allow any anger, bitterness, resentment, selfishness dictate his behaviour towards his many persecutors. Instead, he told them to their face that he forgave them. At every opportunity, even immediately after being tortured, he witnessed to them, told them that God loved them and that he was praying for them.

This challenged me as I questioned whether I would be so forgiving, would I respond like Steve did? So Christ-like? If I don't do that now in much lesser circumstances, would or could I do so if I was placed in a situation like this? Definitely, sobers you and convicts you of your shortcomings in this regard to your relationship with Christ. it has encouraged me to take this to Jesus and have a conversation with Him.

I must remember though, that Steve was able to do this due to his love, submission and obedience to the leading of the Spirit of God. He placed all things of God above and before anything to do with himself. I pray that what Telbat has depicted in Steve's attitude towards Christ and his persecutors encourages Christians to consider this in their own lives and circumstances, however small or insignificant it appears.

I was gobbed smacked at the fruit of the Spirit in Steve's Christ-like behaviour and attitude towards his persecution. This resulted in the salvation of his persecutors. In nearly all cases, the ex-persecutors, and now new babes in Christ admitted the evil of their hearts was overcome by the witness of Steve and his responses to them during and after his persecution! But then again, it was the working of the Spirit through Steve that achieved this. Reminds me of the verse from Zechariah 4: 6,

This is the word of the Lord to Zerubbabel: ‘Not by might nor by power, but by my Spirit,’ says the Lord Almighty.

So one hand, there is Steve who is totally committed to God and unwavering in his faith. On the other, we have Titus, who stumbled in his decision making on his assignment to rescue Steve and placed this mission in jeopardy and the lives of Oleg and others. So Titus acts on his emotions and disappears. God uses this to minister to him and allows him to grow spiritually. Yet, he has to endure some painful lessons in humility from a previously unknown source, including some hard love and carefrontation from Corban. Again, the way Telbat has depicted and handled this situation with Titus is very biblical. It shows us a lesson in how to be humbled by God and our fellow brethren, especially those we have wronged and hurt and how to be reconciled to God. In this circumstance with Titus, we see how he allowed himself to be responsive and teachable from the Spirit of God. Titus is returned to the fold of his COIL team a better and stronger operative spiritually. Like Steve, less of himself and more of Christ. And that, in itself, is a lesson and a behavioural trait for us as disciples of Christ.

Apart from the spiritual side of this novel, there is the usual action and adventure, fast-paced plot, and well-constructed novel. Titus seems to be more humorous in this one than previous. This adds a softening touch to the seriousness of their missions. It also allows the team, mainly Oleg and Titus, to get on better with each other, be the cohesive unit that they are and complement their strengths and weaknesses.

I would love to collate all of Titus' humorous one-liners about how "...it ain't easy being......" in the many aspects of his life and situations.

I am so looking forward to the next instalment in this series, Distant Harm, to be released later this year.

My amazing 22-year old is not a reader, per se, so I shared parts of this story with him and it prompted a very engaging conversation about what we actually do have the strength to endure, as Christians, if God calls us to suffer for Him and for the Gospel. I am so thankful that your book stimulated such a conversation because it gave me a more intimate peek into my son's heart and just how much he longs to honor God with his own life - soon to be military life.

This story planted seeds in his heart, reminding him that he needs to get His heart truly confessed and cleaned up as he prepares for boot camp. I think he feels more honored to undergo the trials and rigors of military training just knowing that Christians around the world are suffering much worse, yet honorable, fates for their faith.

Again, I am not sure I would be able to endure such harsh treatment and cruelty... but if God led me to it, He would bring me through it.

This story causes me to pray more fevently for Christians around the world who suffer outright injustice and bold-faced persecution for believing in The true God. I know it really happens every day.

Thank you for answering God's call to raise the awareness of Christian persecution in this creative manner. I would give just about anything to think that I was as effective in spreading he Gospel as your brave characters, and so many real live Christians, actually are.

I look forward to the next book!!!
続きを読む
違反を報告
レビュー を日本語に翻訳する

V. Adams
5つ星のうち5.0 Love this series
2020年10月2日にアメリカ合衆国でレビュー済み
Amazonで購入
I absolutely love all the books I've read by this author and am looking forward to reading more ! The ending of this book was quite emotional for me ! I found myself having to wipe tears away being touched by the different moments in the lives of the characters in these books ! Looking forward to being even more involved in their lives ! 😉 💖💖
続きを読む
違反を報告
レビュー を日本語に翻訳する
すべてのレビューを参照します
トップへ戻る
Amazonについて
Amazonでビジネス
Amazonでのお支払い
ヘルプ＆ガイド
日本語ショッピングのための言語を選択します。 日本ショッピングのための国/地域を選択します。
© 1996-2020, Amazon.com, Inc. or its affiliates