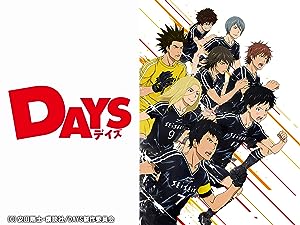 JacsKindle
5つ星のうち3.0 Intense characters, with very different motivations in life
2011年9月1日に英国でレビュー済み
Amazonで購入
This is primarily a story about living with HIV and the impact it has on both relationships and a persons self-identity. Claudio is an attractive, centered (perhaps a little conservative) banker who has been living with HIV for several years. He has a settled life living with his partner, and both seem to be happy as a couple. I chance encounter with a passionate, adventurous and attractive man changes all of this, and Claudio finds himself embracing a previously unknown and reckless abandon placing his life and the lives of others at risk. He goes from being a predictable man requiring routine and order, to someone that thrives on the unpredictable nature of passion and all-consuming desire.

Andrea is such abandon, exuding the beauty and passion he craves, whilst possessing a personal nature that refuses such routine and safety. Aware of Claudio's HIV status he allows their intimacy to happen without protection, and thus risks his own health to be with Claudio. As their relationship developed and Claudio starts to question his own immaturity, Andrea refuses to change their sexual nature, believing that their lack of protection (and sense of danger) is the only thing that makes Claudio love him. Ironically he is right, as Claudio thrives on not having to be are about every aspect of his life, and loves the freedom Andrea bring to him.

Despite which, he ultimately cannot commit to him, and despite having everything his heart desires Claudio remains unsettled. He moves from one decision to another, leaving many friends, family and lovers unsure of where they stand with him. His motivations are confusing and lack any sense of logic or deliberation, which is strange considering his life thus far. Perhaps this is the nature of the beast, in that living a life of control as opposed to being forced to live such control, is what unsettles Claudio. Ordinarily he would be more responsible, provided he made those decisions and not his disease.

Can one afford to be so hedonistic in the face of such a disease, or should each party take ownership over their own decisions?

Emile Nelligan
5つ星のうち5.0 Don’t miss this beautiful Italian film!
2020年3月5日にアメリカ合衆国でレビュー済み
Amazonで購入
The dvd arrived today and I watched it in the evening. It is a touching story about a man with HIV who falls deeply in love and infects the man. Although it takes place in Italy, it could be happening anywhere. The theme is universal.

The story is well told, like a slice of life. No melodrama here. Real life drama.

The Italian language adds to the beauty of the film. Beautiful settings of Italy. Great soundtrack. Keep your tissue box nearby.

LadyArmand
5つ星のうち3.0 What If?
2008年1月15日にアメリカ合衆国でレビュー済み
Amazonで購入
Days asks the question repeatedly and in the end doesn't do what some films like it have done. There is no happy ending, no riding off into the sunset, in short there are no pat answers. Much like life.

The film lays before you the life of a man who is HIV infected who has been strict with himself when it comes to his treatment. Then along comes someone with a free and open spirit who takes life as it comes, even if it means getting infected. It's not the result he's interested in so much as the journey.

Days doesn't ask you to like the decsions or even agree, it just asks you to watch. It effected everyone who sees it in different ways for different reasons.
続きを読む
1人のお客様がこれが役に立ったと考えています
役に立った
フィードバックを送信中...
フィードバックをお寄せいただきありがとうございます。
申し訳ありませんが、お客様の投票の記録に失敗しました。もう一度試してください。
違反を報告
レビュー を日本語に翻訳する

Altec
5つ星のうち3.0 Good movie with weak plot
2007年10月13日にアメリカ合衆国でレビュー済み
Amazonで購入
Days is nicely produced and acted but diminished by its plot. It takes an unusual twist on a somewhat familiar storyline, which is admirable. Unfortunately, the film fails to explore the motivations behind its characters. Also, it doesn't sufficiently connect the protagonist (Claudio) with the other characters--too much about their relationships is left unexplored. This film is worth viewing; just expect to think that it's beginning as the credits start to roll.
続きを読む
1人のお客様がこれが役に立ったと考えています
役に立った
フィードバックを送信中...
フィードバックをお寄せいただきありがとうございます。
申し訳ありませんが、お客様の投票の記録に失敗しました。もう一度試してください。
違反を報告
レビュー を日本語に翻訳する