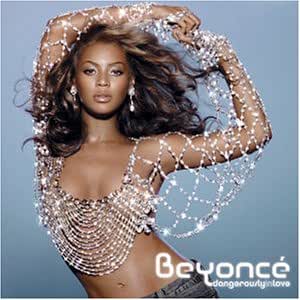 S. J. Pinder
5つ星のうち5.0 Beyonce - She Rides In SOLO, A Highlight from 2003!
2011年6月30日に英国でレビュー済み
Amazonで購入
This album i HAD to purchase recently after reigniting my absolute adoration for Ms Knowles. Here she proved so many points, you can be part of a massive band in music history with Destinys Child and still manage to prove herself as a solo entertainer.

Here she offers a different side to R&B and Pop, which in 2003 of course the bar had been set by Britney, Justin, Christina and P!nk. So yeah VERY tough competition out there too for a bit of an "experiment" for Beyonce and her dad (co-producer here and manager of Destinys Child at the time too)and pulled it off.

Her team up with husband-to-be Jay Z on the instantaneous classic Crazy In Love which is currently one of the greatest songs ever recorded and made history with her booty-shakin video. Then the hits kept a comin from the album.

Reception to her debut solo album as a whole was very very mixed, but it won multi-grammy awards and her vocals wre always the catch with the band to begin with so a newly found love and adoration by the public for her was ignited by this album. Also over time and in reflection the sounds and the direction of the album has reached new levels of acclaim.

Here we can see and hear her influences of Donna Summer, Old Skool Funk and Disco. You can imagine a Club in the late 70s pumping out these jams, and then being catapaulted into a modern Bar in New York with slow jams and balladry oozing from her microphone.

This was essentially the R&B album that set the standard in the 00s decade. And in style it ranges from massive Club themed Disco Beats and Frenetic powerhouse anthems into a more subdued setting with seductive and funky beats and emotionally driven vocals. It is very maturely handeled if a little lacking in the consistency department. It more then makes up for it in style and raw edge.

Of course she exceeds this level on the likes of B Day released in 2006 and her recent release "4" is a masterpiece when released in the summer of 2011. But this album is a well rewarded achievement in her career and a daring experiment that was in so many ways....well worth it.

Whilst those two albums focused more on club dance songs with gutsy vocals which are great for dancing or working out to, 'Dangerously in Love' has a much more sensual, quiet vibe to it which I find easier to listen to in the house. The majority of the songs on the album have a smooth, neo-soul feel to them, like 'Yes', 'Me, Myself and I' and 'Signs'. However, there are three classic Beyonce' club songs found on here.
First, the classic 'Crazy in Love' featuring Jay-Z. The song that established Beyonce as more than just the pop princess from Destiny's Child, and was a precursor to the sexy swagger that she would flaunt later with 'B'Day' and 'Sasha Fierce'. With it's James Brown influenced hook, it'll be stuck in your head all day.
Then there is 'Naughty Girl', another sexy club song with a great sample from Donna Summer's classic 'Love to Love you Baby'.
Finally, 'Baby Boy' with it's Eastern-influence and exotic feel will have you singing along with the chorus.

Standouts from the rest of the album include 'Signs', a collaboration with Missy Elliot that has an old-school 90's RnB feel. 'Me, Myself and I' was another single and is a great independant woman song with a nice melody. Also, baby-making song 'Speechless' is a highlight, with a 1970's style guitar. The bonus track on the album is 'Bonnie and Clyde 03', foremostly a Jay-Z track with a verse by Beyonce which closes the album.

Overall not as strong an album as 'I Am...' and not as sassy and fiery as 'B'Day', but 'Dangerously...' holds its own as as sensual, sexy alternative.
続きを読む
違反を報告
レビュー を日本語に翻訳する

Tim1951
5つ星のうち5.0 Dangerously in luv with this cd!!!
2012年6月10日に英国でレビュー済み
Amazonで購入
Omg! This and Sasha Fierce is Beyonce's best albums. Was reluctant to buy, weren't expecting much - was happily surprised!!! Such good tracks for a rnb lover like me. Best song is Dangerously in love !!!