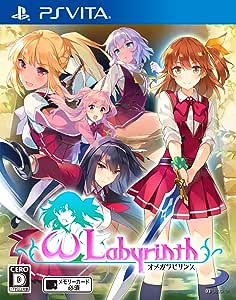 K.Y.
5つ星のうち5.0 A rogue-like with boobs that *magically* grow
2016年7月24日にアメリカ合衆国でレビュー済み
Amazonで購入
Now here's a game that won't ever see a western release.

If you're wondering what this game is about, I'll try to explain to the best of my ability, given my limited Japanese knowledge.

Your heroine is Aina, a girl who takes issue with her flatness and wants desperately to have bigger breasts. She and her friends (your other playable characters) enter the dungeon located under their school in order to find the Holy Grail, which will grant any wish of theirs. Obviously, Aina wants to increase her bust. Along the way, they face various obstacles like invisible traps, giant cats, and their principal who desires the Grail herself to regain her youth. One might be able to predict the main conflict here.

I'll try to talk about the gameplay first and talk about the fanservice next. The game is a rogue-like, which means you'll be hopping around in a grid-based dungeon fighting monsters and picking up loot. Of course, if you die, you lose all your equipment and start over from the beginning. And there in lies the issue. If you like rogue-likes, that's great. This is a fairly decent one, all things considered. The dungeons increase in difficulty and number of floors as you progress through the game, which makes death an even more frightening prospect. This alone wouldn't be a problem since many people welcome a good challenge. However, the game autosaves very often, making sure that if you die, you can't just reload a previous save. This can be crippling in the late game. If you're a scumbag like me though, you can upload your saves to PSN every now and then as insurance.

This game, while including the standard leveling and experience of normal RPGs, also features a unique mechanic called Omega Power. If you kill monsters or toss unwanted items into fountains, you can get Omega Power which doubles as your currency for the shop. Why do you want this? It increases your girl's cup size, of course! Each cup size they gain, a short animation plays where your character's breasts bulge suddenly and noticeably. And with larger breasts comes larger stats, giving you increased health and attack power, the maximum size allowing for special unique attacks. Given this information, it's a bit easier to play as some of the already busty characters as they have naturally high stats. Speaking of which, Aina may be the hardest character to play as due to this, as she is the only character with a small cup size.

This seems like as good a place as any to start talking about the fanservice. Yes, Aina is the only character with a small cup size in this game. "But what about the white haired girl on the cover? She's totally flat!" you may be thinking. Nope. She too is quite busty. And all the characters have the potential to get even bustier by absorbing Omega Power up to the maximum of K cup (at which point the characters' portraits change to include unbuttoned blouses and snapped bra straps). This effect carries over into the item appraisal system which asks you to use the touch screen to move their breasts around with a phallic object between them. The devs were not looking for subtlety when making their game. You can also use the touch screen to touch their breasts whenever their portraits are on screen. I get it, but at a screen size that small, it's not really worth the effort.

Sadly for Aina, the effects of the Omega Power wear off after they leave the dungeon, giving her a reason to actually get the grail instead of just making one trip to the dungeon. This means you'll start off at their default Omega Power level each time you enter the dungeon. To combat this, the devs included a system to boost your characters permanently from the home base, which from what I can tell, involves lighting candles laced with hallucinogens and poking your screen a lot, but you'll understand the moment you see it.

All in all, it's a decent game if you're okay with the dumb premise and enjoy rogue-likes. As a video game, it plays well and scratches the dungeon-crawler itch. If you like boobs that inflate due to magic, yeah it's got that too.
続きを読む
16人のお客様がこれが役に立ったと考えています
違反を報告
レビュー を日本語に翻訳する

James
5つ星のうち4.0 Japanese
2019年1月2日にアメリカ合衆国でレビュー済み
Amazonで購入
This game was a little more difficult than I expected: randomized dungeons and items, and you lose everything upon death. This game probably has 40+ hours game play if you don't rage quit. And not knowing Japanese will probably make this game next to impossible to beat. Though there is lots of ecchi and the game play is decent.
続きを読む
違反を報告
レビュー を日本語に翻訳する