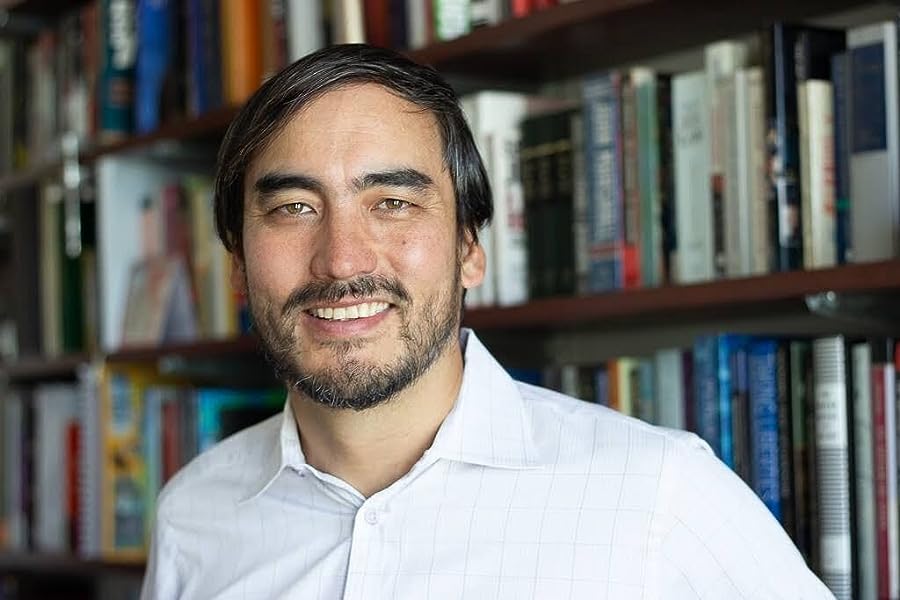 A Washington Post NonFiction best seller Tim Wu's The Curse of Bigness is a short, breezy and captivating history of American monopolies and the risk he sees from today's powerful corporations.-- Shira Ovide, The New York Times As Tim Wu argues in The Curse of Bigness, global economic concentration is now at levels unseen in more than a century -- since the early days of industrial capitalism. A policy advocate and law professor at Columbia University, Wu offers a vital diagnosis: America has abandoned its rich tradition of anti-monopoly, or antitrust, law. And while the very term 'antitrust' may strike many as dreadfully dry, Wu manages to make this brisk and impressively readable overview of the subject vivid and compelling. -- The Washington Post It's a big idea for a little book, but Wu knows how to keep everything concise and contained. The Curse of Bigness moves nimbly through the thicket, embracing the boons of being small. -- Jennifer Szalai, The New York Times Wu's gift as a communicator of difficult technical and legal ideas is in full evidence here. Don't let the little package fool you: it's a book with a big punch. -- Cory Doctorow, Boing Boing Sweeping in scope, The Curse of Bigness is probably the best popular account of the history of American antitrust law and policy. It captures the stakes in the battle for antitrust--and it cuts to the heart of one of the central questions of our time: Can democracy survive?--The New Republic Tim Wu's short and sharp new book, The Curse of Bigness, is an excellent primer for anyone who wants to understand why corporate wealth and power have grown so concentrated in the past four decades, and why that might be a problem for democracy. -- Rana Foroohar, Financial Times Mr. Wu writes with elegance, conviction, knowledge -- and certitude. -- Richard A. Epstein, The Wall Street Journal "Wu joins a rising tide of public intellectuals now trying to rescue U.S. antitrust from the brink of obsolescence. ...Like Wu's previous book The Master Switch, The Curse of Bigness takes history seriously ...He offers an agenda for reform that is both bold and realistic ...The Curse of Bigness shows with clarity and precision what such an agenda would look like." --Frank Pasquale, Commonweal Magazine Tim Wu, in his book The Curse of Bigness, which is a cool 160 pages and politely holds the reader's hand through about 200 years of American economic policy and practice, argues that the time is now, 'to control economic structure before it controls us.' -- VOX Tim Wu has pulled off an incredible feat--he's written a short, compelling book on antitrust....Wu skillfully avoids economic and legal rabbit holes, keeping the book laser-focused on his thesis: that antitrust enforcement must be restored 'as a check on power as necessary in a functioning democracy before it's too late.' Persuasive and brilliantly written, the book is especially timely given the rise of trillion-dollar tech companies. -- Publishers Weekly A brief diagnosis of our monopolized moment and an eloquent articulation of principles that Wu believes can lead us into an era of shared prosperity, economic and political independence, and, in the words of Brandeis, 'the right to live, and not merely to exist.'"--The American Conservative Brisk and accessible, The Curse of Bigness provides a concise history of the enactment and waxing-waning enforcement of US antitrust law, along with a set of proposals for 'getting the engines of the law restarted.' -- Times Literary Supplement Several books have been written about monopoly over the past few years, and several more are still to come. But none are as succinct and pointed as The Curse of Bigness: Antitrust In The New Gilded Age, the new book from Tim Wu, the Columbia University law professor and former Federal Trade Commission advisor perhaps best known for coining the phrase "net neutrality. - Global Competition Review The Curse of Bigness is a useful guide to the evils of privatized scale... A revitalization of aggressive trustbusting is as radical a proposal as could be taken seriously in the short term, and Wu charts a clear path to temporarily forestall the social ills of an oligarchic private tech industry.--Dissent Magazine 800-CEO-Reads Editor's Choice for November 2018

Tim Wu is a policy advocate, a professor at Columbia Law School and a contributing opinion writer for The New York Times. He is best known for coining the phrase net neutrality. He worked on competition policy in the Obama White House and the Federal Trade Commission, served as senior enforcement counsel at the New York Office of the Attorney General, and worked at the Supreme Court for Justice Stephen Breyer. His previous books are The Master Switch: The Rise and Fall of Information Empires and The Attention Merchants: The Epic Scramble to Get Inside our Heads.

Verbatim
5つ星のうち5.0 Much needed analysis of robber baron hubris
2019年12月24日に英国でレビュー済み
Amazonで購入
Excellent and readable synopsis which throws light on the tech barons of today and shows how nothing changes.
続きを読む
違反を報告
レビュー を日本語に翻訳する

Amazon Customer
5つ星のうち5.0 Tim Wu gets to the point of competition law
2019年6月3日にカナダでレビュー済み
Amazonで購入
This is a short, incisive essay on what competition law (anti-trust law) means. It disputes the mechanical and quantitative interpretation of the Chicago School, that says competition law should concern itself only with whether a merger results in reduction in prices. Wu, like his predecessors, points to the issue that bigness itself can be a threat to a democratic order, since the big operators can simply buy themselves a compliant Congress. Whether you agree with Professor Wu or not, you will appreciate his lucid exposition of the issues and his brevity. He does not waste a word.
続きを読む
違反を報告
レビュー を日本語に翻訳する

Heir W.
5つ星のうち1.0 Highly Contradictory
2019年5月18日にカナダでレビュー済み
Amazonで購入
He describes amazon as a large monopoly with unrestricted market control, yet he’s selling his book on it, adding more power to amazon. If he believes the garbage he’s writing, he should’ve sold this on eBay.
続きを読む
1人のお客様がこれが役に立ったと考えています
違反を報告
レビュー を日本語に翻訳する

K. Wallace
5つ星のうち4.0 The Big Problem You Never Heard Of
2019年1月10日にアメリカ合衆国でレビュー済み
Amazonで購入
A great but short review of the history and problem of mega-corporations. With over 50 years in industry, I can attest that mergers and the era of mega-corporations (at the expense of smaller/medium companies) have done more to impoverish the middle class than automation or globalization. When a company is big enough to control the government, look out because their highest-return investment is in politicians to buy favors that distort the market in their favor. They also control the media, hence you don't hear about the loss of good jobs, the loss of innovation, the corruption of the patent process, and all the barriers to competition that lurk below the radar. This is not conspiracy theory stuff - it used to be recognized and limited by our government (the "trust busters") but no more. I wish Mr. Wu had presented more on government corruption and loss of innovation caused by bigness but this is a good start.
続きを読む
24人のお客様がこれが役に立ったと考えています
違反を報告
レビュー を日本語に翻訳する
すべてのレビューを参照します
トップへ戻る
Amazonについて
Amazonでビジネス
Amazonでのお支払い
ヘルプ＆ガイド
日本語ショッピングのための言語を選択します。 日本ショッピングのための国/地域を選択します。
© 1996-2020, Amazon.com, Inc. or its affiliates