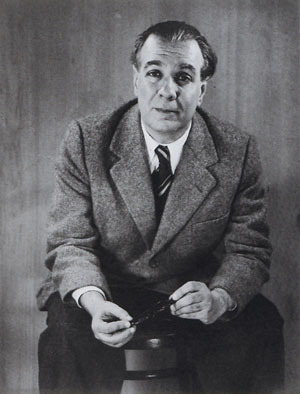 “Borges started to make a living by lecturing after overcoming the shyness that made him stutter, marring his early years. Although he never lost entirely the fear of large audiences, he managed to make a master form out of the public lecture genre. Some of his best essays were first delivered as talks, mostly in the English tradition of confession, wit, and eloquence. This performance of intelligent intimacy with the audience gave his rich commentary and bright summation a conversational tone and the poignancy of a revelation. Borges had an epiphanic view of reading, and to him literature was a memory of the exceptional. These lectures have that elegance and edge, indeed the beauty of the best possible library on the happiest of islands.”―Julio Ortega, Brown University

“In fThis Craft of Verse, [Borges] discusses some of his favorite texts, conducting a literary journey that began in his father's library in Buenos Aires...The unhurried flow and warmth of these talks produce a sense of intimacy, Borges's enjoyment infecting the audience...Borges's ultimate gift is his unwavering belief in the world of dreams and ideas, the sense that life is "made of poetry."”―Micaela Kramer, New York Times Book Review

“Jorge Luis Borges is inarguably the most influential Latin-American essayist and short-story writer of our time. To spend a few hours in [his] company, even on the page, is a civilized entertainment not to be missed...[Borges] emphasizes the power of poetry to work its magic...I would have given a lot to have been at Harvard in the audience when this courtly man of letters looked "upward with gentle and shy expression on his face, seeming to materially touch the world of the texts" and spoke about the poems and books he loved most.”―Michael Dirda, Washington Post Book World

“If few writers in history have been as prodigiously learned as Borges, certainly none wore their learning so lightly or humbly...[The lectures] display the eloquence and erudite, offhand wit familiar from his writings as well as a charming, plainspoken modesty. Ostensibly about poetics, the talks were an occasion for Borges to review his lifelong relationship with literature, including his passion for English.”―New Yorker

“Readers who fret they don't 'get' everything--'significant' readers with no allowance for sound, rhythm, revelation--would benefit from Jorge Luis Borges' [lectures]...Even in these scholarly lectures, given without notes...there is so much assumption and conjecture, there are so many gaps to fill, that Borges seems to be creating at once the authors and the ideas and the texts he's quoting...But there is also in This Craft of Verse the small pleasure of watching a wordsmith seek the joy of minutiae, the nitty-gritty of lex.”―Orlando Aloma, Miami Herald

“These newly released transcripts display a literary giant, managing from beneath heavy academic robes to keep the spryness and serendipity of literature alive...Here Borges daydreams aloud, and the result is wonderfully disarming.”―Carlin Romano, Boston Globe

“What's most astonishing about these previously uncollected essays...is that for all their complexity and elusiveness they are oral performances. While Borges's blindness is a major figure in his writing, the breadth and density of his rhetorical web obscures the fact that he has no notes to read, that he is calling these texts up from the inexhaustible abyss of his memory...In his decomposition of genres and styles, Borges provokes language to express this immanent word-magic, knitting his own pronouncements together with the primordial force of oral composition. Borges speaks on metaphor, bringing the tangled, sensuous allegories of San Juan de la Cruz into contact and concert with the cold, salty kennings of the Norse Eddas. He discusses translation with freshness and an uncanny sensitivity to the ligatures among the languages; he considers the narrative arc and the transformation of thought into poetry...As editor Calin-Andrei Mihailescu puts it in his graceful afterword to this volume, 'Literature,' for Borges, 'was a mode of experience.'”―Matthew Battles, www.hermenaut.com

“Few have dedicated themselves to literature with the purity of Jorge Luis Borges, so the discovery of the text of his Harvard University Norton Lectures for 1967-68, now published as This Craft of Verse, is cause for celebration. Common sense and radical insight flow in equal measure here: This Craft of Verse will inspire young and old alike to follow the muses. And now, more than 30 years later, one can actually listen to the lectures: in a 4-CD set, the words of the master come thrillingly alive in his own voice.”―Tom D'Evelyn, Providence Sunday Journal

“If any writer could publish from the grave, you'd expect it to be Borges: master fabulist, patron of paradox, imaginative rebel, gentle tour guide to life's labyrinths. By a kind of librarian's magic, long-lost tapes of the great Argentine poet and short-story writer's 1967-68 Norton Lectures at Harvard turned up a few years ago in a vault. Now...these newly released transcripts display a literary giant, managing from beneath heavy academic robes to keep the spryness and serendipity of literature alive...An appealing aspect of these meditations is Borges' humility, always distinctive even after he became one of the world's most esteemed high-cultural figures...His views will delight.”―Carlin Romano, Philadelphia Inquirer

“Anything written by Borges glows...with an unearthly light that transforms the world into a plushly furnished drawing room crammed with knicknacks and dusty, leather-bound volumes of arcana...Almost every casual aside from Borges suggests a book of its own; this one is a wondrously limpid testament to the pleasures of reading.”―Steven Poole, The Guardian

Jorge Luis Borges (1899-1986) was the author of Labyrinths and Ficciones, among other books.

Susana Conde
5つ星のうち5.0 Worth reading
2016年7月17日にアメリカ合衆国でレビュー済み
Amazonで購入
"In these six Charles Eliot Norton Lectures delivered at Harvard in the fall of 1967, Borges wanders through his labyrinthine literary brain through what he titles ""The Riddle of Poetry,"" ""The Metaphor,"" ""The Telling of the Tale,"" Word: Music and Translation,"" ""Thought and Poetry,"" and ""A Poet's Creed."" Although so divided, his narration follows the complicated and erudite stream of his consciousness, but does touch on very important points of the literary and poetic mind. Although he has been praised for his self-deprecation and modesty, those characteristics of his discourse betray the knowledge that they themselves are a vehicle for further praise. His ploy is a bit transparent for those of us who use it as well. Very well-worth reading."
続きを読む
役に立った
フィードバックを送信中...
フィードバックをお寄せいただきありがとうございます。
申し訳ありませんが、お客様の投票の記録に失敗しました。もう一度試してください。
違反を報告
レビュー を日本語に翻訳する

What, after all, really distinguishes poetry from verse? It's like "time" --- everybody understands "time" unless they are asked to define it exactly. In the same way, anyone who loves poetry can recognize it, as they can recognize Very High Verse ("Why break a butterfly upon the wheel?")

This book is particularly enjoyable because one suspects, while reading it, that this "amateur" account of poetry is spot-on, leaving many dusty academics far, far behind.

"Dreaming, when dawn's left hand was in the sky..." What IS IT about that word "left," anyway?? Did you ever think of "rosy-fingered dawn" as having two hands? Would it work if you simply substituted "right hand" for "left hand?"

Think about that for a while. The answer seems to be "No." But WHY?

Welcome to the world of word-magic!