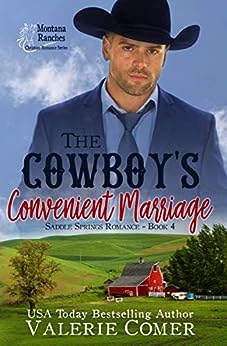 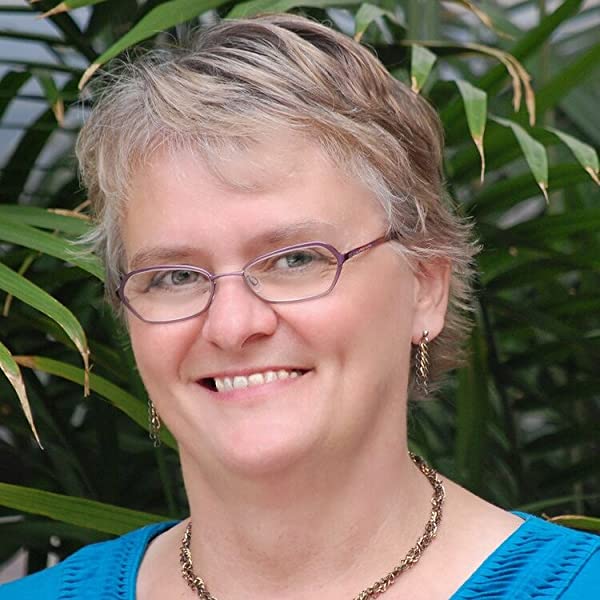 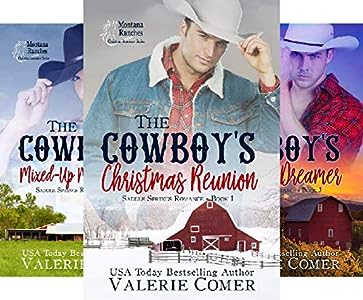 Kindle Customer
5つ星のうち5.0 Good
2019年7月31日にオーストラリアでレビュー済み
Amazonで購入
Her books are always a good read. This is no exception. Deals with a lot of important relationship and life issues in an entertaining and engaging way. A really good story, with the loose ends tied up, mostly.
続きを読む
違反を報告
レビュー を日本語に翻訳する

Margaret F.
5つ星のうち4.0 Well worth the time spent in these character's hands. Inspirational and enjoyable.
2019年9月13日にアメリカ合衆国でレビュー済み
Amazonで購入
Originally posted on Tales to Tide You Over

This is one powerful story with a major emotional kick, or rather several. The inspirational message is lighter in some ways because the characters don’t engage it as directly, but it’s stronger in others. It speaks to how we are all flawed and sometimes need a bit of shaking up to reassess what we’ve accepted as true. The human tendency to be bull-headed and fail to listen is very much demonstrated, but so is the ability to learn from our faults, improve, and forgive.

I struggled with the characters in the beginning. Both Carmen and Spencer portrayed characteristics that are my personal tripping point if for different reasons. Spencer is used to his fancy car and privileged existence while Carmen is trying to provide security and stability for her daughter, but both are focused on an inheritance as the way to do that. It blinds them to the people in their lives and turns them into someone I couldn’t appreciate.

Luckily, there’s more to them than that.

The fight over Howard’s will, while Howard is still living, is a necessary part of their journey. It helps them see what they’re willing to sacrifice while also opening both of them up to life-changing decisions about who or what is important. I liked the development in Howard’s character when he’s originally portrayed through Carmen’s fearful gaze as only a chauvinistic, ungrateful burden. When she broadens her perspective, we see how he plays with her daughter, providing needed companionship on the isolated ranch, and how he wants to help troubled young men like his nephew Eric, Carmen’s deceased husband, was.

Spencer’s moment of realization brought tears to my eyes–good ones. It’s the first time he stops himself from jumping to conclusions and instead asks what’s going on in her head. With good reason, they are out of sync through much of the story, reaching out when the other is stepping back, so they never quite connect. This moment starts bringing about the end of that in a compelling way.

Nor is the above scene the only one to make me tear up. The story has both Carmen and Spencer struggling with expectations built on past experiences and what others thought they would or should do. The impact of others on the main characters is pressing and at times oppressive. This is not a story that happens in isolation, but rather the characters suffer from how they have been treated, betrayals, and lack of consideration that left scars deep down where they can’t be seen but the impact is a constant weight.

The story begins with Carmen against the world and Spencer abandoning everything that came before. It could easily have ended with the two banding together in isolation. Instead, they travel a rough and scary road, but they build connections not just with each other and Carmen’s daughter, but also with friends and family once lost.

I have half a dozen other comments I made, but this review is long enough so I’ll just add a quick summary. The more serious moments are lightened with cute and humorous lines while others make you stop and think. The characters come to life so much that I forgot I was reading a book, and the story has many layers affecting each twist and turn. Aspects of the story stretch out beyond this tale, making me want to know more of what comes after even though it isn’t necessary (and hope to later in the series). While the story definitely has a “back to the land” vibe, it is realistic about the dangers and struggles instead of presenting an idealized version. It was fun to see cameos of characters from Comer’s other series as well.

I enjoyed the book, the characters, and the thoughts it inspires. Well worth the time spent in their hands.
続きを読む
1人のお客様がこれが役に立ったと考えています
違反を報告
レビュー を日本語に翻訳する

M. Davis
5つ星のうち5.0 A Modern day Marriage of Convenience
2020年4月17日にアメリカ合衆国でレビュー済み
Amazonで購入
Contemporary Christian Romance. Another entry in the Saddle Springs western series, although this one could stand alone as there weren't too many interactions with previous characters. Carmen remains on the ranch that is in her late husband's family. She lives with her daughter Juliana and her husband's great-uncle Howard, hoping that one day she will inherit the ranch. Spencer is an accountant in Dallas, Texas who lives the wealthy city lifestyle. But when that life crumbles around him, and he gets a call from his great-uncle's attourney, he cuts all ties to Dallas and heads out to the ranch. Spencer and Carmen are adversaries, seeing each other as the competition. But when the attorney says Howard would leave them both the ranch if they were married, the idea won't go away. So they elope, and have to figure out just how real their marriage will be.

I don't read too many marriages of convenience set in the present day, so this was a nice change of pace. I loved how the relationship started with a mutual understanding and respect and developed into a true union. A beautiful story of second chances, taking care of your village, and reconciling with those who may have hurt you. Looking forward to more in this series.
続きを読む
違反を報告
レビュー を日本語に翻訳する

BrideToBe
5つ星のうち5.0 A Marriage of Convenience!
2019年6月26日にアメリカ合衆国でレビュー済み
Amazonで購入
Read this new Valerie Comer book in 1 day, didn't want to put it down. I really like modern marriages of convenience. Put in kids and pets, cowboys and grumpy old uncles, cameos from the Farm Fresh Romance series... No wonder I couldn't stop reading. I pretty much have all of Mrs Comer's books (and a bunch of audio books as well, yeah!) and haven't ever regretted picking up one of hers yet (not expecting to in the future, either, thank you very much). Such great entertainment. Always clean, always romantic, always pointing to Jesus. Wonderful read.
Thank you for hours well spent with your characters. I'm actually sorry we won't meet them in heaven! After reading and listening to Valerie's Farm Fresh and Urban Fresh Romances, whose characters (THANKFULLY) keep popping up in her new books (yeah), they feel like old friends, and it's wonderful to meet up with them in 'their' future.
続きを読む
違反を報告
レビュー を日本語に翻訳する

Mommynificent
5つ星のうち5.0 This series is getting better and better!
2019年6月25日にアメリカ合衆国でレビュー済み
Amazonで購入
I love a good marriage of convenience story because I love seeing love develop and deepen within a context of commitment. Modern-day marriage of convenience stories are rare though so I really wondered how Comer was going to pull this one off. I'm happy to say she actually did it! While I would never have made the same choices these characters did, she made me believe that they would based on their personal histories and their personalities, and that was enough to make this a really enjoyable story. I feel like this series is getting better and better, and I love getting to revisit this Montana ranching community whenever a new installment to this series comes out!