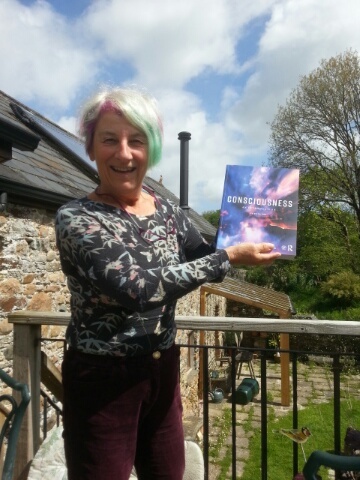 A great read for someone studying, or itnerested in the study of consciousness. (BBC Mindgames )

Blackmore herself comes across as spunky and clever, and the probing follow-up questions she occasionally asks prevent the interviews from seeming too repetitive and boring. (Nature )

"the book provides a very efficient overview of contemporary strands of thinking about its subject." (Steven Poole, The Guardian )

Mike Douglas
5つ星のうち4.0 Any simplification helps!
2010年5月24日に英国でレビュー済み
Amazonで購入
This is a very useful book. Conversations often reveal quickly where a person stands on a controversial issue. Here Blackmore pursues free will, the existence of an 'I' and the zombie argument (the latest thought experiment to challenge materialism) with an array of neuroscientists and philosophers. This is cutting edge philosophy and the thinkers are packaged into short readable chapters, making this book approachable for anyone with some background in philosophy, or a strong desire to find out what is going on.
続きを読む
1人のお客様がこれが役に立ったと考えています
役に立った
フィードバックを送信中...
フィードバックをお寄せいただきありがとうございます。
申し訳ありませんが、お客様の投票の記録に失敗しました。もう一度試してください。
違反を報告
レビュー を日本語に翻訳する

Bernie Gourley
5つ星のうち4.0 An expert on consciousness interviews other experts on the subject
2018年12月14日にインドでレビュー済み
Amazonで購入
Blackmore gathers together interviews from a veritable who’s who of consciousness experts from neuroscience, philosophy, physiology, psychology, and physics. While the interviews are in part tailored to tap into the special insights of the given expert, a consistent series of questions is asked of each of the interviewees. Each expert is asked what they think is challenging about consciousness, what they think about the feasibility of philosopher’s zombies (a popular thought experiment about an individual who seems to behave like an ordinary human but who has no conscious experience), what they think about the existence of free will, what happens to consciousness after death, and what got them interested in the subject. This makes it easy for the reader to see not just differences in thinking across disciplines, but also different schools of thought within disciplines. There’s enough variety to make for intriguing reading.

I won’t list all the authors, but they include: David Chalmers (who famously coined the term the “hard problem” of consciousness, which is one of the most widely discussed ideas in the book), Francis Crick (of DNA fame who later shifted focus), Daniel Dennett (a well-known philosopher), V.S. Ramachandran (a neuroscientist famous for work on phantom limbs and behavioral neurology), and Roger Penrose (a physicist who believes that quantum mechanics may prove crucial to figuring out consciousness.)

It’s a straightforward book. There’s an Introduction by Blackmore and then the 20 or 21 interviews (one “chapter” is a married couple – Pat and Paul Churchland -- whose insights are presented together.) The only back matter is a glossary, which is quite in-depth and which helps to clarify the many confusing concepts from various disciplines. There are a few cartoon drawings that lighten the tone, but serve no essential purpose.

I enjoyed this book and found it thought-provoking. It’s quite old at this point – having come out in 2005 – but since consciousness is so intractable, it’s not like any of the questions have been cleared up. (If it were a book on AI, I’d probably say it was worthless at this point, but not this book.) I’d recommend it for anyone looking to understand the lay of the land with regards thinking about consciousness.

Leumas
5つ星のうち5.0 A compendium of theories by luminaries
2012年6月8日にアメリカ合衆国でレビュー済み
Amazonで購入
If you are interested in the topic of consciousness this book is just the ticket. It is a wonderful compendium of the opinions and theories of the foremost minds in the field from the scientific and philosophical angles.

Valuable in numerous ways, one of which is the insights into the minds of all these luminaries through direct conversation with them.

Leigh Anderson
5つ星のうち1.0 Too cute and incoherent
2015年8月11日にアメリカ合衆国でレビュー済み
Amazonで購入
I would rather read careful expositions by the principals interviewed in this book. The interview/conversational structure fails to clearly set forth their ideas. Also, author is too cute at times and injects her own viewpoints too strongly. Blackmore's other book "Consciousness: A Very Short Introduction" was much more useful for me.
続きを読む
1人のお客様がこれが役に立ったと考えています
役に立った
フィードバックを送信中...
フィードバックをお寄せいただきありがとうございます。
申し訳ありませんが、お客様の投票の記録に失敗しました。もう一度試してください。
違反を報告
レビュー を日本語に翻訳する