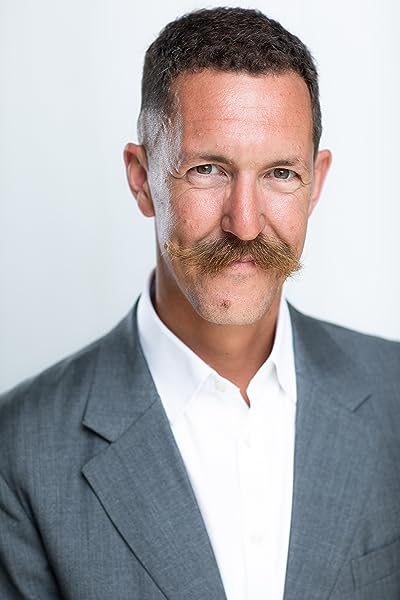 Written for web developers who want to share their site with others or use the content other people are syndicating, this book overviews the most commonly used XML syndication standard, RDF site summary (RSS), which allows a portal to display headlines and URLs from other sites all within the same page. Hammersly, who is a British journalist, explains how to create an RSS feed, how to use RSS 1.0 modules, how to incorporate other RSS 0.9x feeds within a web site, and how to extend a desktop reader to understand a new module. Annotation ©2004 Book News, Inc., Portland, OR (booknews.com)
続きを読む
Previous page
Next page

Ben Hammersley is an English emigre, living in Sweden, with his wife, three greyhounds, a few hundred deer, and a two-way satellite connection. For a day job, he writes for the British national press, appearing in The Times, The Guardian, and The Observer, but in his free time, he blogs excessively at www.benhammersley.com and runs the Lazyweb.org ideas site. As a member of the RSS 1.0 Working Group, he survived the Great Fork Summer, and as a journalist he has been accosted by the secret police of two countries. To this day, he doesn't know which was worse.

N. Bown
5つ星のうち3.0 Good but doesn't quite fulfill its potential
2003年5月2日に英国でレビュー済み
Amazonで購入
The first thing that strikes you about this book is how thin it is. At 208 pages including the index, it has to be one of the shortest books that O'Reilly produce. However, once you start reading the book it is well laid out and easy to read as avid O'Reilly readers come to expect. The examples are clear and all current RSS standards are covered and the topic is covered in well with no bias on the political situation which has surrounded RSS since its earliest days.
There is one major gripe that I do have about this book; the examples are solely in Perl and whilst this is a method that many people will use, it would have been nice to see examples in other languages such as Python and PHP.
続きを読む
7人のお客様がこれが役に立ったと考えています
違反を報告する
レビュー を日本語に翻訳する

Jase T. Wolfe
5つ星のうち3.0 A Little Misleading
2004年9月26日にアメリカ合衆国でレビュー済み
Amazonで購入
For the most part, industry standard RSS is a very short list of simple XML elements. Standard RSS Readers only look for those standardized tags to create the display. You can verify that by opening almost any public RSS XML document and just looking at it. RSS is simple enough that you could probably pick it up by just looking at a well formed sample file and reading the short syntax document provided for free by the creators (UserLand Software for RSS 2.0 or the RSS-DEV Working Group for RSS 1.0 - FeedValidator.org has links to the documentation). After reading this title, I am a little confused as to whom target audience is supposed to be.

The first issue I had with the book is the coverage of versions. The author has chosen to write not only about the two current versions (1.0 and 2.0 - two companies, two separate tracks of standardized tags), but the preceding versions for each. I don't buy a Word 2003 book to learn about Word 6. The layout could serve as a reference guide for the tags when you're done, but again, the vendor provided syntax guides are easier to reference. Next, the author makes some assumptions that aren't publicized; you should be really (really) familiar with XML to understand many chapters in the book, and you should also develop in Perl (as there are numerous, lengthy Perl scripts used as demos). I've created many RSS Feeds for both company Intranets as well as Internet sites, and given the simplicity of RSS, I can tell you that you don't need either to create a feed on your own.

The back cover claims the book is a "step-by-step guide to implementation", but it really isn't. The author has written a very nice book on the general history and specs of standardized RSS, but then fills the remaining pages with a general syntax overview of other commonly used RSS XML namespaces (not really demo-ing them), ideas for extending RSS with your own XML namespaces (which is great, but really just produces a customized XML document that industry standard RSS reader's won't know what to do with) , and then transforming other site's RSS Feeds into your own conglomerated XHTML page with various Perl conversion scripts, SOAP tie-ins, etc.

For the percentage of people that already know RSS and are looking to really go into advanced manipulations - this is a great title and I recommend it. For everyone else who just want to quickly learn the very simple syntax, this is a misleading title and I would recommend saving your money and reading the vendor's free syntax guides, or talking a quick on-line course. You'll find RSS easy enough without this book.
続きを読む
13人のお客様がこれが役に立ったと考えています
違反を報告する
レビュー を日本語に翻訳する

Foti Massimo
5つ星のうち4.0 An effective coverage of RSS
2003年7月10日にアメリカ合衆国でレビュー済み
Amazonで購入
This is a useful little book; the whole main content is less than 180 pages and the author's pleasant writing style make it really easy to read in a day or two. The amount of pages isn't huge but, in my opinion, provides an effective coverage of RSS. The code listings use Perl, making them useless for people (like me) using other languages but this doesn't really affect the book too much, since the goal isn't to provide a collection of coding recipes.
続きを読む
8人のお客様がこれが役に立ったと考えています
違反を報告する
レビュー を日本語に翻訳する
すべてのレビューを参照します