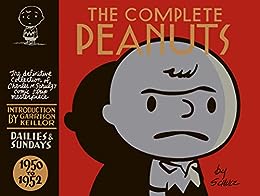 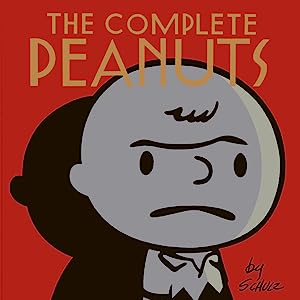 Charles M. Schulz was born November 25, 1922, in Minneapolis. His destiny was foreshadowed when an uncle gave him, at the age of two days, the nickname Sparky (after the racehorse Spark Plug in the newspaper strip Barney Google).

In his senior year in high school, his mother noticed an ad in a local newspaper for a correspondence school, Federal Schools (later called Art Instruction Schools). Schulz passed the talent test, completed the course, and began trying, unsuccessfully, to sell gag cartoons to magazines. (His first published drawing was of his dog, Spike, and appeared in a 1937 Ripley's Believe It or Not! installment.) Between 1948 and 1950, he succeeded in selling 17 cartoons to the Saturday Evening Post--as well as, to the local St. Paul Pioneer Press, a weekly comic feature called Li'l Folks. It was run in the women's section and paid $10 a week. After writing and drawing the feature for two years, Schulz asked for a better location in the paper or for daily exposure, as well as a raise. When he was turned down on all three counts, he quit.

He started submitting strips to the newspaper syndicates. In the spring of 1950, he received a letter from the United Feature Syndicate, announcing their interest in his submission, Li'l Folks. Schulz boarded a train in June for New York City; more interested in doing a strip than a panel, he also brought along the first installments of what would become Peanuts--and that was what sold. (The title, which Schulz loathed to his dying day, was imposed by the syndicate.) The first Peanuts daily appeared October 2, 1950; the first Sunday, January 6, 1952.

Diagnosed with cancer, Schulz retired from Peanuts at the end of 1999. He died on February 13, 2000, the day before Valentine's Day--and the day before his last strip was published--having completed 17,897 daily and Sunday strips, each and every one fully written, drawn, and lettered entirely by his own hand--an unmatched achievement in comics. --このテキストは、kindle_edition版に関連付けられています。

These timely re-issues illustrate not only the skill and subtle brilliance of his work but also the origins of the form beyond simple merriment. * * The List * * --このテキストは、kindle_edition版に関連付けられています。

Paul Tapner
5つ星のうち5.0 The birth of Peanuts
2017年1月24日に英国でレビュー済み
Amazonで購入
First in a series of twenty six volumes which collect all the strips ever published of the classic cartoon Peanuts. The exploits of Charlie Brown. Snoopy. And other classic characters.

This volume begins with an introduction by Garrison Keillor. Then follows 287 pages worth of all the Peanuts strips from 1950-1952. Although they are not individually dated as such, it does say down the bottom of the page the year and month they herald from.

You get three strips to a page. When the Sunday strips, which were full page ones, eventually appear, they have a page all to themselves.

Those used to Peanuts as it was for so many years when Schulz was in his stride will find the strips here a bit surprising by comparison. Since they herald from the start of the run, they are quite simplistic at times by comparsion. But when it began, he was learning as he went along, and it is quite fascinating to watch things slowly develop over the course of these first two years.

It begins with just four characters. Charlie Brown. Shermy. Patty. And Snoopy. Who acts like a normal dog and walks on all fours. At first it feels like a somewhat generic funny kids strip. But ever so steadily, characterisation starts to emerge. Charlie Brown gets his familiar look when the stripe appears on his shirt. Other character are introduced and become regulars.

It's a way in before the first sunday page appears. The strips steadily get funnier. Snoopy does eventually get a thought balloon or two, and it's quite startling when that first happens. And the crushings disappointments that Charlie Brown always endured arrive in due course.

As a whole they're not the strongest batch of Peanuts cartoons, but it's fascinating to watch the series develop over the course of these first two years. Once you've finished it, go back and read the first ones again, and you will be startled by how much the art comes along across the course of it.

After the strips there is a fascinating feature about the life and times of Charles M. Schulz. Followed by an excellent and almost thirty page interview with him from 1987. Then there's an index to the whole volume.

Not the best of these, but perhaps four stars for the strips and five stars for the book as a whole. But all in all, an essential start to an essential collection for fans and those interested in the medium.
続きを読む
9人のお客様がこれが役に立ったと考えています
違反を報告
レビュー を日本語に翻訳する

Mr. J. James
5つ星のうち5.0 It's Peanuts
2020年1月28日に英国でレビュー済み
Amazonで購入
Its Peanuts, you know Charlie Brown and the gang, what is there not to like, if you know who Charlie brown is then good on you, you know how much enjoyment there is in reading peanuts and if you don't know who we are talking about, what have you done with your life, live under a rock!! come on read Peanuts and have a smile on your face.
続きを読む
違反を報告
レビュー を日本語に翻訳する

Happy in Cyprus
5つ星のうち5.0 Say hello to Charlie Brown!
2014年10月23日に英国でレビュー済み
Amazonで購入
This is the first volume of Peanuts cartoons, and it shows. Its always interesting seeing how a cartoonist originally penned their creations. The early versions always seem clunky compared to the practiced efforts of later years.

The book itself is of a decent size, and very nice quality. It could become an heirloom if it wasn't for the fact that the pages are already well thumbed.