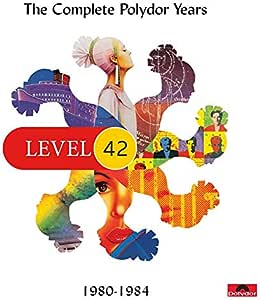 Limited 10 CD set. Formed in the last embers of the '70s, Level 42 started as a Jazz Fusion band before embracing dance rock for which they would be best known. The band's first single Love Meeting Love was released in 1980 to much critical acclaim which led to the debut album, the self-titled Level 42 which charted in the top 20. Throughout the '80s, the band released numerous albums and toured regularly building a large and devoted fan base - these early years are featured here. Volume One contains all the Level 42 albums from 1981 - 1984 in their original glory. Discs 6 -10 contain all the B-Sides, 7" Mixes, remixes and rare versions from those eras. Compiled in conjunction with Level 42 and band experts Paul Wallace, Paul Waller and Simon Carson. Sleeve notes by Record Collector's Daryl Easlea who has spoken to band members current and past. Housed in a sturdy box to fit 10 CDs and booklet containing a full track annotation and rare memorabilia..