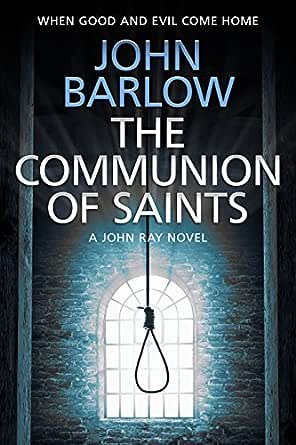 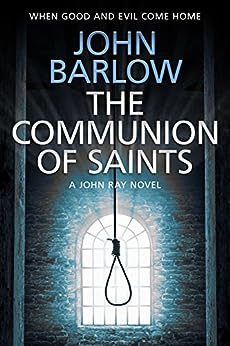 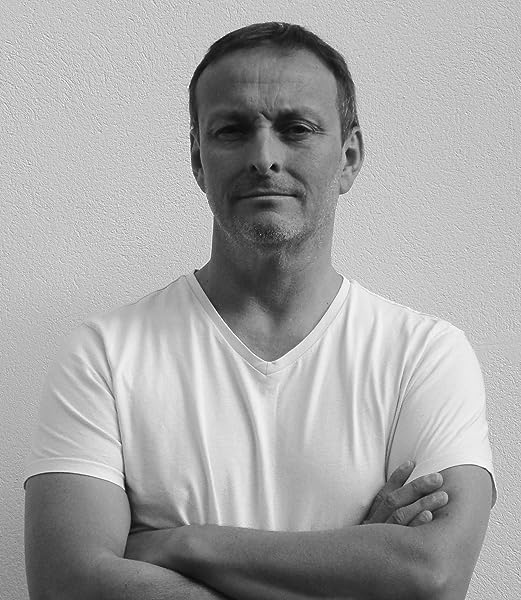 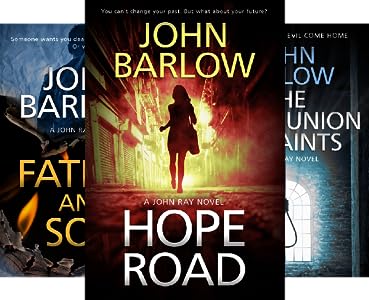 When good and evil come home

Following the violent murder of his father, John Ray is getting his life back on track, and putting the criminal past of his family behind him. But when Shirley Kirk of the West Yorkshire Police asks him for a favour, he’s sucked into a mystery that is as confusing as it is devastating.

Allegations of historical abuse have emerged at a Catholic Boys’ Home in the city. They involve a prominent businessman who is keen to get to the bottom of who is making the accusations. And he wants John Ray to do the looking. Discreetly.

John soon begins to uncover a more complex mystery involving blackmail, kidnap and murder. But why are the police really asking for his help? There are people on the Force still out to get John Ray for his past misdemeanours. And they are not the only ones who know about his family's past.

A novel set in Leeds, THE COMMUNION OF SAINTS is novel about innocence, vengeance, and the power of good and evil. It is the third crime thriller in the John Ray / LS9 series.

ACFlory
5つ星のうち5.0 Brilliant character driven thriller
2017年1月21日 - (Amazon.com)
Amazonで購入
Like ‘Hope Road’ and ‘Father and Son’, the first two John Ray thrillers, The Communion of Saints is that rare beast: a character driven genre novel. And like its predecessors, Communion is brilliant.
The Communion of Saints can be read as a standalone novel because the author weaves enough prior knowledge into the story to make the character and motivation of the protagonist realistic and satisfying. Nevertheless, I highly recommend that you read the earlier novels first.
Why? Because all three novels are character driven thrillers, and it’s the character of John Ray, the protagonist, that sucks you in and keeps you turning the pages.
John Ray is the last surviving member of a crime family. He’s the white sheep, the one that broke away and tried to live a straight life. But it’s hard to remain divorced from your past when you see your brother shot to death in front of your eyes. It’s even harder to stay detached when the Law tries to lay every nasty crime at your door.
After the gruesome death of his father, the old crime boss, John Ray tries to start afresh. He gives his business away and takes a job as a lowly lecturer’s assistant, but he’s shrivelling up inside.
Enter Detective Chief Superintendent Shirley Kirk. She needs John’s help. Or, to be more exact, she needs the help of his historical links to the underworld because someone is making allegations of child abuse against an institution to which they both have ties.
In the process of unravelling truth from lies, John discovers yet more about his own past, none of it good. He also becomes a suspect in two murders, simply because of who he is.
The plot is tight, with no ‘what the...?’ moments, and the prose is elegant, painting a vivid picture of the characters and their world without ever being flowery or pretentious. But the true joy of Communion is in the characters. Not even the walk on/walk off characters are two dimensional. All of them possess a vitality that makes them feel real, no matter how minor.
As for John Ray and Shirley Kirk, they’re real people to me. I care about them. I’d like to meet them, talk to them, spend time with them. More importantly, they are people I will not forget.
I cannot think of greater praise for an author’s work.

Maury
5つ星のうち5.0 Very good
2016年12月18日 - (Amazon.com)
Amazonで購入
First I read from this author. Did not want to put it down.
続きを読む
レビュー を日本語に翻訳する