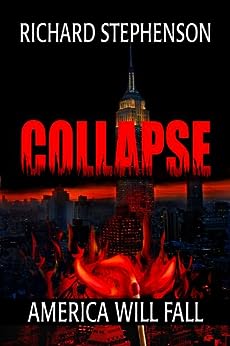 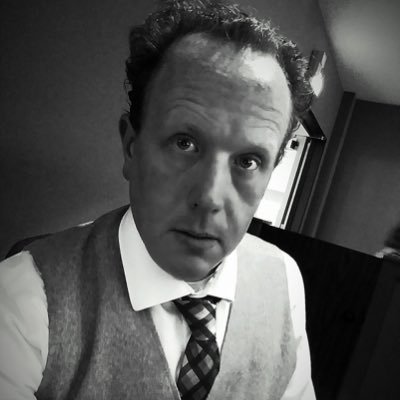 America is falling, ready to join the Roman Empire as a distant memory in the annals of history. The year is 2027. Tired and desperate, the American people are deep in the middle of The Second Great Depression. The Florida coastline is in ruins from the most powerful hurricane on record; a second just like it is bearing down on the state of Texas. For the first time in history, the Middle East has united as one and amassed the most formidable army the world has seen since the Third Reich. A hidden army of terrorists is on American soil. This is the story of three men: Howard Beck, the world’s richest man, also diagnosed with Asperger’s Syndrome. Richard Dupree, ex-Navy SEAL turned escaped convict. Maxwell Harris, a crippled, burned out Chief of Police of a small Texas town. At first they must fight for their own survival against impossible odds. Finally, the three men must band together to save their beloved country from collapse.

Amazon Customer
5つ星のうち5.0 Thrilling
2013年4月24日に日本でレビュー済み
Amazonで購入
Richard Stephenson's book took of early and was an exciting read all the way to the back cover. It's been a long time since I have read a book that kept me so interested through the whole story. Really looking forward to the sequel.
続きを読む
役に立った
違反を報告する
レビュー を日本語に翻訳する
すべてのレビューを参照します

Mr. H. Morrison
5つ星のうち3.0 A good 'page turner' but very cheesy in places
2014年10月21日に英国でレビュー済み
Amazonで購入
This is a good page-turner with a cast of interesting characters and a frighteningly believable storyline. It really had me gripped and I read the whole book over the course of a weekend.

It's what George Orwell would have called a 'good bad novel'; what I mean is it won't win any awards for writing style but it does keep you hooked, which is ultimately what you want from a thriller. I'm giving it three stars because some of the dialogue was VERY cheesy.

Mr Stephenson writes action scenes and suspense scenes very well - but he's not so good on turns of phrase, eg, we have characters saying things like 'I guess it took a life-threatening disaster to open my eyes and start living again,' and 'It's a pleasure to meet you, son. We need true patriots like you to pick up the pieces of our once great nation.'

Maybe I'm being too picky - the book was free after all - but I felt this kind of dialogue detracted from the overall feel of the book. I also thought it could do with a closer edit - the fact that there are two female characters called Reid and Reed should have been picked up - and sometimes stuff we've been told already gets repeated.

Overall a really good book which just needs a bit of tightening up. I think Mr Stephenson could go far in the book writing business.

VickiD
5つ星のうち2.0 Attracted by headline, repelled by reading
2017年1月5日に英国でレビュー済み
Amazonで購入
I've read 10% of the book and still have no idea what's it about. I lonely millionaire - the most compelling and truthful character - broods in a mansion in the mountains. The US President assembles the most caricature cabinet ever. A woman finds a dead colleague on Mars. And several other "common folk" characters doing mundane stuff. The Iran resurgence as a Persian Empire is interesting and not implausible, the world where only super-rich can afford cars, as well. The author lays mystery thick but I'm tired of waiting for the punch lines as the book requires serious editing - several times the same idea is repeated in one paragraph.
続きを読む
違反を報告する
レビュー を日本語に翻訳する

The themes of the greatest nation in melt down, with evil dictators taking control, good people preparing for resistance, and the threat of an even more evil Islamic state threatening the world, are not entirely original; although gripping.

However, the author makes it riveting by building his story. The method is to focus on several separate groups of people, building up how they came together. It works well.

Tracey Madeley
5つ星のうち3.0 A Disaster Novel
2014年5月17日に英国でレビュー済み
Amazonで購入
Howard Beck, Richard Dupree, Tank, Spider, Maxwell Harris, Elizabeth Reed, Malcolm Powers, Stacey Reid, Charles Decker, Warren Gill, Winston Laferriere, Robert Jimenez, Willam Mack, James Weygandt and a cast of thousands. Alright a slight exaggeration there, but it reads like the cast of a Dickens novel and I like Dickens, but that is where the similarity ends. Where is the main character? The progression, the change, the difference? We are told that novels are character based, but this novel seems to be mainly driven by action. The author would argue the main characters are - Howard Beck, Richard Dupree and Maxwell Harris, the others are just there to bring out the characteristics of these three.

If we take this premise on board, we are told that Beck suffers from Asperges and this makes his behaviour rather eccentric. We do see this in his lack of social interaction and his fear about people entering his house, but we are told far too much by rote, about him, his life, and his projects. Compare this to the incredible, award winning, The Curious Incident of the Dog in the Night-Time. What changes does Beck undergo? His house is commandeered and he appears reconciled to his son, perhaps this is life changing.

Richard Dupree ex-forces currently in prison. His mission is to find his family amidst the chaos and disaster. Again in his back story we are told about why he is in prison. It would have been better to expand the dramatic scene about what drove him to commit such a violent act. The betrayal, the understandable emotion would have made for a very powerful scene. This is attempted in the book, but it should have been more developed. The violence and violation of Celie in The Color Purple has a profound effect on her life. What effect does this incident have on Richard? How does going to prison effect him? We tend to assume military personnel are prone to violence, as they have to kill as part of their job and it is good to see a character with so much restraint, but what else?

Chief Harris is perhaps the best portrayed of all the characters. We see him dealing with the pain of the accident, taking control in an emergency and even coming to the realisation that he can fall in love. The way people act in a crisis, the Walmart store, is particularly telling. We would all like to think we would be respectful and polite, and this is the sort of thing that happens in America, where capitalism is king, but in truth this could be Britain too.

I would argue there is a fourth important character in this novel - President Malcolm Powers and the political intrigue surrounding his handling of the crisis and his demise. However the outcome did strike me as a little too much like the American series Revolution. The idea of a Kingdom of Iran was a little cliché and pandering to fears and stereotypes. The author talks about and ideological warfare of fear, panic and paranoia, I think he is just adding to it. It would have been better to pick another country, or offer a different perspective, like the brilliant Reluctant Fundamentalist.

The novel is set in 2027, but for all the difference it could be 1997. The year is really a red herring and does not add anything material to the story. There is a lot of experience, research and planning gone into this novel and that is the thing that stops it being dire. The catastrophic nature of the plot will keep you reading until the end. An improvement would be a little less disaster and a bit more development.
続きを読む
1人のお客様がこれが役に立ったと考えています
違反を報告する
レビュー を日本語に翻訳する

Ivan Cotter
5つ星のうち3.0 A good read
2013年6月10日に英国でレビュー済み
Amazonで購入
This is a post-apocalypse (or mid-apocalypse?) thriller set in 2027 in the USA, which is suffering from economic depression and from devastation resulting from hurricanes of a difficult to believe magnitude. The three major characters (all heroes, though of very different types) are: a small town police chief, well drawn and sympathetic; an ex-SEAL tough guy, quite well drawn, but perhaps the sort of gung-ho, quick to use violence sort of character now more or less standard in this genre; and a very rich recluse, not a million miles away from Howard Hughes and sharing the same given name as him. The plot proceeds excitingly in accordance with a series of steps of which some are difficult to accept, though this difficulty is sufficiently well glossed over to permit suspension of disbelief as the heroes fight to achieve victory over a political plot added to all the economic and meteorological grief, thus setting the scene for the struggle to continue in the next volume.
続きを読む
違反を報告する
レビュー を日本語に翻訳する
すべてのレビューを参照します
トップへ戻る
Amazonについて
Amazonでビジネス
Amazonでのお支払い
ヘルプ＆ガイド
日本語ショッピングのための言語を選択します。 日本ショッピングのための国/地域を選択します。
© 1996-2021, Amazon.com, Inc. or its affiliates