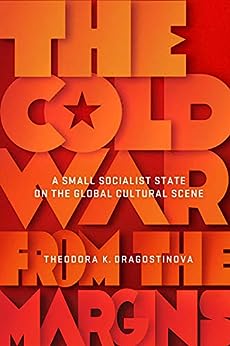 The Cold War from the Margins: A Small Socialist State on the Global Cultural Scene (English Edition) Kindle版

Theodora K. Dragostinova is Associate Professor of History at The Ohio State University. She is coeditor of Beyond Mosque, Church, and State and author of Between Two Motherlands. Follow her on Twitter @theodora_dragos.